That's Al Gore, er uh, John McCain, campaigning among veterans in hopes of getting their vote. Photograph provided by John McCain '08, http://www.johnmccain.com/.
There are three obvious questions that will come to some readers’ minds as they finish reading my endorsement of Barack Obama for president. Here is my attempt to answer them, up front.

WHY NOT CONSIDER A REPUBLICAN?

I’m a Chicago-oriented guy. Even when I have lived elsewhere, people around me used to groan whenever Chicago would come up in discussion because they knew my passion for the city was boundless.

But more importantly, the field put forth by the Republican Party does not move me. I am much too urban oriented for Mike Huckabee to have any appeal. His followers and I will just have to agree to disagree. Mitt Romney is too eager to push his religious beliefs, making me wonder if he truly understands a separation of church and state. And the Rudy Giuliani movement fizzled way too soon, creating the big disappointment of this primary election cycle.

As far as John McCain is concerned, I don’t get his public perception. He is a conservative on enough social issues that anybody who thinks there’s a liberal streak to him is being absurd.

Besides, McCain’s serious chance to be president was in 2000, and he blew it to George W. Bush. While I can understand why that might grate at his ego, I don’t think he is owed another chance to run.

People who back McCain are the Republican equivalent of those Democratic goofs who think Al Gore should be running for president this year. We need to move on.

WHY ENDORSE ANYBODY? NOBODY GIVES A $#!*% WHAT YOU THINK!

It may be so. I am not delusional. I do not expect a groundswell of people across the United States to be so swayed by my “stellar” prose that they immediately rush out to Back Barack.

But when I was a political reporter, I had this belief (I still do) that political writers should be required on Election Day to publish a commentary telling who they voted for, and why. It puts them on the spot a bit, but it also lets readers get a sense of the biases that affect the people who provide news coverage.

Now that I am in a position to dictate editorial coverage (even if it is just for this site), I believe I would be a hypocrite if I did not require this of myself. The bottom line is that I know the only vote I can influence is my own.

FORGET THE NATIONAL STUFF. WHAT ABOUT STATE’S ATTORNEY?

It always amazes me to see people who consider themselves politically astute whose interests do not venture any further away than one block from Clark and Randolph streets.

Hence, for some the big election this cycle is the Democratic primary for Cook County state’s attorney. Half a dozen candidates are looking to replace retiring prosecutor Dick Devine, but the party slated nobody – meaning we all have to figure out for ourselves whom to support. 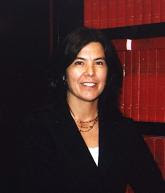 My vote is going to Anita Alvarez, an actual assistant state’s attorney who is interested in criminal prosecution and legal issues, rather than using the post to build up a public profile for a future run for higher office.

The tone I heard from her campaign makes me think she is more professional than her opponents. Or maybe it’s just that all her male challengers are coming off as snotty little punks with all the trash-talk and cheap shots they have been taking at each other.