(Democratic) Party crasher wants to be a judge 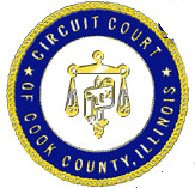 T.J. Somer is an attorney with dreams of being a Cook County judge.

The resident of Chicago Heights who is corporation counsel of his hometown has never won an election – even though he has tried repeatedly.

The closest he has come to success thus far is when he ran for mayor of Chicago Heights. He gained public attention by losing, challenging the results in court and taking 19 months before conceding defeat.

SOMER’S DREAMS OF running for office began in the 1990s when he was the former Chicago Heights police officer who was the sacrificial lamb to Rep. Jesse Jackson Jr., D-Ill., when the Republican Party needed someone to challenge the son of the civil rights leader in a congressional district that was rapidly developing a significant African-American population.

So what is different about Thomas J. Somer now that makes him think he has a chance of winning the election Tuesday?

He has changed political parties. Somer is running as a Democrat for a judicial post within a suburban subcircuit. 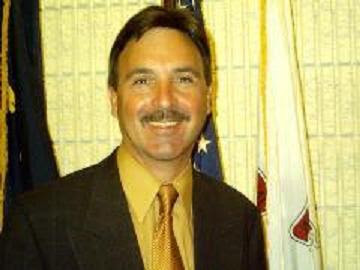 Somer is the latest example of someone changing his politically partisan label in hopes that “joining the other team” will give him a better chance at winning. After all, it is not that Somer has anything significantly new in his background.

HIS HOMETOWN USED to be a Republican bastion in the south suburbs. Officials who controlled Chicago Heights politics were white ethnics (largely Italian) who leaned toward the GOP because they saw the party as their political instrument that kept them from being bowled over by Chicago city government.

Shifting parties is just a sign Somer can “smell the coffee,” so to speak, of his changing community. Growing African-American and Hispanic populations in Chicago Heights (along with a federal investigation of the Chicago mob during the 1990s that sent former Chicago Heights Mayor Charles Panici to prison) have changed the town’s politics.

Somer (who was not caught up in the Chicago Heights political corruption) is basically the same “white ethnic” guy whose focus is fellow working-class people.

There really is little difference between people of Democratic and Republican persuasions, particularly if they come from the same region. Similar life experiences will produce similar views on issues that triumph over political party ties. I’m convinced the only reason some “hard-core” Democrats in Chicago support the party is because it is the establishment and they do not want to be mavericks.

FORCE THOSE SAME people to live in a downstate Illinois community where the GOP is dominant, and they likely would convert within weeks. I also know that while I am a Chicagoan who leans Democrat, I find I have more in common with those rare Chicagoans who identify as Republican, than with those rural Illinois residents who vote for Democrats.

Somer’s political conversion is not unique.

The most prominent flip in recent Chicago political history was when Edward R. Vrdolyak, then an alderman and head of the Cook County Democratic Party, decided he wanted to be a part of the political party of Ronald Reagan.

After losing a 1987 mayoral primary to incumbent Harold Washington, he flipped to the GOP, where he campaigned for Cook County circuit court clerk in 1988 and later another mayoral bid as a Republican write-in in the 1989 special election.

HIS GOP BIDS were never traditional campaigns, as they were caught up in the mid-1980s spirit of “Council Wars” that poisoned our local politics. He was never appealing to hard-core Republican voters as much as to racially motivated ones.

I also remember when Ald. Bernie Stone of the far North Side’s 50th Ward declared himself to be a Republican on the grounds that Democrats were too preoccupied with racial disputes. He resumed use of the “Democrat” label when it became apparent no one believed the GOP conversion.

Digging back into Chicago political history, one of the biggest flips was that of Richard J. Daley, who won his first campaign for electoral office as a Republican representing the Bridgeport neighborhood in the Illinois House of Representatives.

The GOP label was a technicality that Democrats used when organizing a write-in campaign for Daley after the Republican incumbent died just before Election Day. Back then, Illinois House districts were required to have representatives of both political parties, and Daley as a GOPer was really a trick to steal a seat.

DALEY BECAME A Democrat officially in his second election, when he moved up to an Illinois Senate seat.

So what are the chances that the public (or at least those living in the 15th subcircuit of Cook County) will take to Democrat Somer any more than they did to the Republican version?

He could win this time around, but not because of any ideological flip.

The difference is that he has some money for a campaign (the Illinois State Board of Elections showed him spending $13,994.48 during the latter half of 2007, and starting this year off with $20,330.52), and he has put money into advertising billboards and public benches.

I HAVE SAT on Somer’s name in recent weeks, and it may help him get enough public recognition that some clueless voter will recognize the name when running through what seems like an endless list of people on the judicial portion of the ballot.

But then, I have yet to see an “idiot” card that lists him. None of the public officials who are organizing voter turnout are bothering to urge people to cast ballots for Somer, although the Chicago Bar Association and the Chicago Council of Lawyers both say he is “qualified” to be a judge.

At the less public levels of politics, the bulk of a candidate’s votes usually come from having the support of someone with an organization who can turn out voters on one’s behalf. The various bar association rankings are interesting, but many voters don’t pay them much attention.

AND INSOFAR AS eye-catching political mailings are concerned, he’s running against Anna Helen Demacopoulos, an assistant state’s attorney who also wants to become a judge. (Take a guess who the Hellenic Bar Association would like to see win.)

Her mailings emphasize the notion that government could be spying on us, and that we ought to elect judges who will protect our personal privacy rights.

So who will wind up winning Tuesday; the Republican convert or the prosecutor appealing to our outrage over potential abuses of the Patriot Act?

EDITOR’S NOTES: Here are the reports filed with the Illinois State Board of Elections that detail the finances of the Somer (http://www.elections.state.il.us/CampaignDisclosure/D2Semi.aspx?id=353527) and Demacopoulos (http://www.elections.il.gov/CampaignDisclosure/D2Semi.aspx?id=356859) campaigns. Note the significant drop in totals raised and spent, compared to the millions spent by candidates for statewide or county government posts.

Nia Vardalos (the star of “My Big Fat Greek Wedding”) doesn’t care if Somer is now a Democrat. She (http://www.annaforjudge.com/) wants you to vote for Demacopoulos.
Posted by Gregory Tejeda at 12:00 AM

It's probably inappropriate to compare Mr. Somer's conversion to Ed Vrdolyak's. There is probably nothing less relevant in a judicial election than one's party label: It's just that -- in recent years -- one has to be a Democrat to get elected judge countywide or in most of the subcircuits. There are still one or two Cook County subcircuits... probably... where a candidate had better run as a Republican in order to win.

In the past, many Republicans have become temporary Democrats and vice versa in order to get elected to the bench. Others have obscured their race or gender to achieve this goal.

It's a crowded field in the 15th, so who knows what might happen? From an outsider's perspective, it might seem that Anna Helen Demacopoulos would have the inside track, because she's piled up so many endorsements. (I didn't know about the theme of her direct mail pieces.)

But what about Martin D. Coghlan, the person who was appointed to that seat by the Illinois Supreme Court? From your vantage point, his campaign been visible?