It seems like our politicians these days want to take tough stances against Arizona state government for their decision earlier this year to have local police get involved in federal immigration enforcement. But they don’t seem to want to do anything about it that would show any true muscle.

The City Council on Wednesday became the latest government body to pass a measure that is billed as a stand against Arizona. Some even say it is a boycott.

YET THE MEASURE passed by our aldermen doesn’t impact current contracts, and includes so many loopholes that for all practical purposes it will do nothing to take any Chicago government business away from any company based in Arizona.

This measure may be even more lame than the Cook County Board, which a couple of weeks ago passed a measure restricting the county’s ability to do business with Arizona 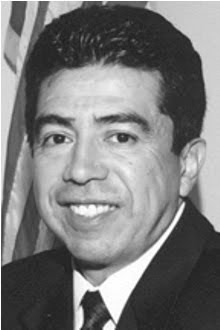 -based companies, only to later in that same meeting approve a new contract WITH an Arizona-based company.

Everybody wants to pontificate, but nobody wants to do anything that might impact their ability to take in the almight dollar.

“We are raising our voices,” Alderman Danny Solis of the 25th Ward said, while admitting the gesture is purely “symbolic,” which is the same word that was bantered about last month when suburban Calumet City became the first Chicago-area community to pass such a measure.

BUT SOLIS GOT to climb up on his pedestal during the City Council session and denounce Arizona as being “evil” and “monstrous” and even got to mention “Nazi Germany.” It may score political points for pompous rhetoric. But it is not going to do much. Arizona is going to have to lose financially to make their officials realize how stupid their gesture on immigration truly was.

If this is the approach that our government officials are going to take, I almost wish they would just not bother. What is the sake of passing Arizona boycotts that don’t effectively boycott a thing? Their “symbolic” gestures threaten to turn the concept into a joke.

For the record, two of the 50 aldermen voted against the measure. Brian Doherty of the 41st Ward (which has long been the one place in Chicago that is willing to be represented by Republican Party officials) and James Balcer of the 11th Ward were the two.

While I know a certain generation is not the least bit surprised that someone representing the people of the Bridgeport neighborhood would refuse to support even a symbolic gesture against a state that gives in to the share of its population that lets nativism overcome common sense, I have to wonder if this one can backfire.

MODERN-DAY BRIDGEPORT, AFTER all, is a neighborhood with a significant share of Mexican- 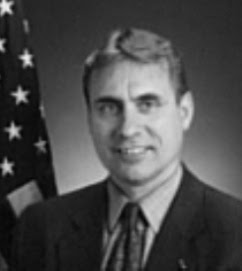 Americans, and the Chinatown district to the north has long been overflowing to the point where many people who say they live “near” Chinatown are actually living “in” Bridgeport.

Balcer justified his vote, telling reporter-types at City Hall that he does not think the council should be doing anything to take a stand on what is (immigration) a federal issue. He’s right, but wrong too.

Immigration is a federal issue. But what a boycott, or any symbolic gesture, does is says that another local government is wrong for trying to interfere, and that such interference has the potential to make a mess of any federal attempt to enforce immigration laws.

We also got to learn that Mayor Richard M. Daley isn’t too thrilled about boycott talk, and he is correct when he says it is, “difficult to boycott businesses.” It takes a strong will to pull off, particularly since some people will look for any little tidbit of information to try to claim that the boycott itself is a failure.

BUT WHEN HIZZONER Jr. started talking about how an Arizona boycott would complicate life whenever the Arizona Diamondbacks came to Chicago to play the Cubs or (during inter-league play) the White Sox, it came off as sounding like the mayor was more concerned about who would criticize him if he refused to let the family season tickets to U.S. Cellular Field go to waste when the day comes (not this season) that Arizona travels to the South Side to play ball.

Then agani, maybe Daley is on to something by thinking about baseball.

Because no matter how much people rant and rage that the Diamondbacks should be penalized or next year’s Major League Baseball All-Star Game should be moved from Phoenix, the gesture that would really hurt the state would be if all those major league clubs (15) that hold spring training across Arizona were to cut back their spending in that state.

Rhetoric is easy to ignore. Hitting them in the wallet will catch their attention. And that is what “symbolic” resolutions fail to do.