How far should a person be allowed to go to get out of service on a criminal jury?

I have my own personal reason for being amused by the stories that have emanated in recent days from the U.S. District Courthouse where prosecutors and t 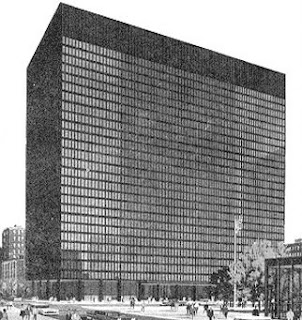 he attorneys working to defend former Gov. Rod Blagojevich are working to put together the group of Milorod’s “peers” that will decide his guilt or non-guilt in the government corruption case pending against him.

For it is likely that at the moment many of you actually read this, I myself will be tucked away in a courthouse, wondering if I am about to be called upon to serve on a jury that will decide someone’s criminal fate, or the outcome of their civil lawsuit.

NOT THAT I am going to be a part of the Blagojevich scene, or anything involving the federal government. For it is Cook County that is calling on me Monday for jury duty.

I am among the few hundred people summoned to appear at the county courthouse in west suburban Maywood, where I will sit around for the day until either being told to go home – or I am escorted into a courtroom to be grilled about my personal business by attorneys for the prosecution and defense.

Now I can understand what motivated the clowns who responded to a jury duty notice and suddenly found they were being questioned by Blagojevich’s attorneys and the federal prosecutors. I’m sure the idea of having to lose months of one’s life to serve is an inconvenience.

But the reason I refer to these people as “clowns” and say they “amuse” me (envision actor Joe Pesci going bonkers right about now) is that I know better than to claim I just don’t like politicians, or that I automatically think the defendant is guilty.

I WAS PARTICULARLY amused by the juror last week who told Judge James Zagel that being on the Blagojevich jury would hurt his chances of getting a job in investment banking. The one time I previously did jury duty, it was just three days after being laid off from my job – and having to spend an entire day (I didn’t get released until just before 9 p.m.) at the Criminal Courts building on 26th Street delayed the beginning of my job search.

Not that I would have expected anyone at the courthouse to care.

There also was the guy considered for the Blagojevich case who said he missed his first day of jury duty because of “car problems,” even though Zagel mocked him upon learning that the guy operated an auto parts store – implying he should have been more aware that something on his car was about to break down.

So I don’t plan to tell the various attorneys on Monday that I’m too busy with my life to spend time on a jury. It doesn’t work that wa 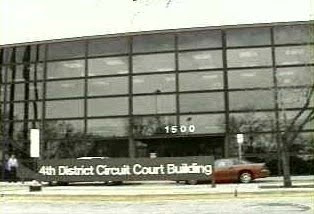 y. If anything, it strikes me as evidence that the kind of people who wind up being considered for federal juries (I have never had that “honor”) are not the “Average Joe” because they really think they’re too important to be spared for this task.

YET I CAN fully understand why they would not want to do duty. Personally, I am dreading the possibility of being chosen for a jury – because I don’t want to have to do the commute to Maywood for any amount of time (I don’t live anywhere near that courthouse, and it is going to be at least an hour’s drive for me each direction of the trip because public transportation is just NOT a practical option – I’d literally have to go into the Loop, then take some combination of trains and buses to Maywood, which could take about three hours each way).

In short, I realize that the Homer Simpson approach to getting out of jury duty (“The trick is to say you’re prejudiced against all races”) does not work.

Personally, I don’t know what my chances are of actually getting picked.

In my times as a reporter-type person, I have dealt with some prosecutors who absolutely hated the idea of having someone in my line of work – in large part because I have an understanding of the process by which a trial operates. I might even have had dealings with some of the prosecutors or defense attorneys (although as I write this, I have no idea what kind of court case I will be considered for).

OTHERS THINK THAT my past exposure shows some sort of interest in the process, which would make me worth having around. Which means I can merely answer about what I do for a living, and have my fate fall to the whims of the particular attorneys.

Looking at the form I am supposed to fill out, it seems they want to know about my own dealings with the criminal justice system (in my case, I have never been on trial for a felony charge) and I have never sued anyone.

These are similar to the questions being put to those people who are going to decide the Blagojevich outcome and whether or not he is guilty (the courts don’t care if someone is “innocent,” it truly is “not guilty.”)

WHICH IS WHY on this day when I sit in the scenic western suburbs for at least a day, a portion of my mind and emotion will be with those people enduring a similar experience in the building named of Everett McKinley Dirksen.

I just hope I don’t embarrass myself like some of the prospective Blagojevich jurors did, because any case I’m likely to be considered for will NOT have the concept of anonymous jurors – the way the former governor’s trial will.