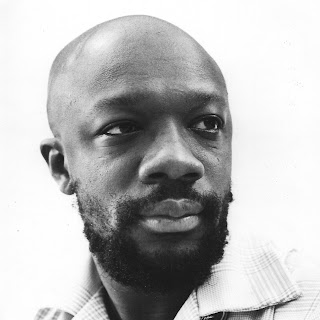 It was 1973. Singer/songwriter Isaac Hayes is performing a concert, and he has civil rights activist Jesse Jackson acting as his announcer.

Moving up some 37 years to the present, we now have the sight in Illinois of Isaac Hayes challenging Jesse Jackson. As in junior, the congressman.

IT IS NOT the late singer (above) known best to one generation as the creator of the theme song from the “Shaft” movies (and to a younger generation as “Chef” from the South Park cartoons).

But it seems that Rep. Jesse Jackson Jr., D-Ill., has as his token Republican opponent in this year’s elections a mortgage industries salesman/pastor who shares the same name as the entertainer who once gave us the song, “Chocolate Salty Balls.”

It also seems that Hayes (as in the would-be politician) thinks he can be the 2010 version of Mike Flanagan, the Northwest Side Republican candidate who actually managed to beat Dan Rostenkowski for a seat in Congress.

That was the 1994 election that was supposedly a big Republican year. More importantly, Rostenkowski was under criminal indictment during the election cycle, which drove down the Democratic voter turnout sufficiently enough to let Flanagan have his one two-year term in the House of Representatives.

HAYES’ CAMPAIGN IS touting a poll claiming that the ongoing criminal trial of former Illinois Gov. Rod Blagojevich, which Jackson Jr. may wind up having to testify in, is having a similar effect. 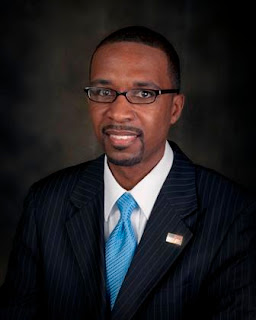 Hayes (right) has a campaign that is claiming a poll showing him with potential for the lead over Jackson come Nov. 2.

Specifically, it says that 56 percent of those surveyed thought Jackson was not representing the Illinois Second Congressional district (Far South Side and surrounding suburbs) adequately, and that 79 percent of people do not think Jackson has been truthful in talking about his ties to Blagojevich.

Remember that for a time, Jackson Jr. was considered to be a possibility to get the U.S. Senate appointment that ultimately went to Sen. Roland Burris, D-Ill.

SO DEMOCRATS WHO should be able to whomp all over their GOP opponents may have to accept the fact that they will have to work a little bit harder this year. Public Policy Polling came out with a new survey that said, among other things, that in the gubernatorial race, Gov. Pat Quinn only has 51 percent of people who say they are Democrats on his side – with another 29 percent “undecided.”

Not that I’m saying the Hayes polling is as credible as the new gubernatorial poll (which overall, shows Republican nominee William Brady leading Quinn 34 percent to 30 percent). I can’t help but punch so many holes into the theory that Jackson is lagging that far behind Hayes. This could really be a case where many people hear the name “Isaac Hayes” and think they’re getting the musician. Considering that we're the state that once nominated followers of Lyndon LaRouche for statewide offices because the names of regular Democrats "Pucinski" and "Sangmeister" sounded "too foreign," anything is possible.

Perhaps they think actor Richard Roundtree will show up to take office.

As though having a “black private dick, that’s a sex machine to all the chicks” serving in Congress would be any worse than some of the knuckleheads we have now.

Why do not you try to make money on the web!
Even if you do not know anyone
No friends, relatives, neighbors, or ... ..
Our system will help you find business partners
Start a free trial experience of automatic network system, visit the website
http://sn.im/vemma_usa
Thank you for your time reading, do not give up the chance to even know, know no loss to you!