Will it feel like old days cramming soccer pitch into so-called Beautiful Confines?

It seems to be the fad – everybody wants to stage an event in the building that for the past 95 years has occupied the northeast corner of Clark and Addison streets (a.k.a., the humble abode of one Elwood J. Blues).

We got the Chicago Blackhawks holding a match in a specially-built outdoor rink that did a serious number on the Wrigley Field turf (causing great expense to restore it for baseball), and the Big Ten wants to play foot ball there – Illinois vs. Northwestern.

NOW, WE HAVE the Chicago Fire saying they’re negotiating with the Chicago Cubs to see about staging soccer on the field where no Cubs team has ever managed to win a World Series. The gimmicky nature of the event would ensure a capacity crowd – and Wrigley Field has a seating capacity nearly double that of the southwest suburban stadium where the city’s professional soccer team usually plays its matches.

The Chicago Tribune used its website to report Friday that nothing is definite. This is something under negotiation, which means no one should be thinking in terms of rushing out to buy their tickets for this match – which likely would be one of the exhibition games the team periodically plays against elite teams from around the world. 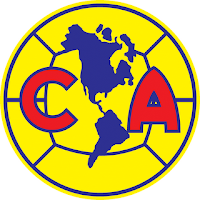 In this particular case, reports indicate it likely would be a match against Club America – one of the most popular teams of the Liga Mexicana de Futbol.

That match, when it takes place, would have the potential to draw heavily from the Chicago area’s heavy Latino population – which is roughly 80 percent of Mexican ethnic origin (about 1.5 million Mexican nationals and Mexican-Americans scattered throughout the six-county metropolitan area).

WHICH MEANS WE also have the opportunity to see a crowd that will overwhelmingly be supportive of Club America and won’t be the least bit upset if the Chicago Fire loses. It’s the quirk of soccer in the U.S. No matter how much officials here have tried appealing to an Anglo suburban audience, its biggest fans are the people whose ethnic awareness is still strong – which means that rooting for the old country’s national team or professional teams is a way of keeping in touch with “back home.”

Which is also why if one scurries around the Internet, it won’t be the least bit difficult to find nitwits who want to rant and rage that this event is “too foreign” to be worthy of being held at Wrigley Field. There also are those who will complain about the playing field and the cost to restore it after a soccer match – ignoring the fact that many of these same people thought it was “so cool” to see a hockey rink erected in mid-winter that caused the entire playing field to need to be replaced.

es at Wrigley Field – and nobody seriously thought anything unusual about it, other than having to check the schedule closely to make sure one showed up at the right stadium on Game Day.

Not that I ever went to any of those Lakeview-based games. Call it a quirk, but of all the times I saw the Chicago Sting during their existence from 1975 to 1984 as an outdoor team, it was once at Soldier Field, and all the rest at Comiskey Park.

I CAN REMEMBER the sight of soccer being played on what is now the pavement where a select few people park their cars whenever they attend Chicago White Sox games. As far as I’m concerned, the spirit of Karl-Heinz Granitza is scoring goals in that parking lot, trying to avoid crashing into Joe Jackson’s ghost that is chasing down fly balls (with Pat Summerall of the old Chicago Cardinals NFL team threatening to tackle them both, if they don't get out of his way).

So there’s a part of me that is reluctant to go to Wrigley Field now to see soccer, when I was never willing to see the building used for that purpose in the past (when the Sting actually had teams that won the only sports championships for Chicago that occurred during my childhood).

We’re going to get the sight of a football pitch that technically is too small being squeezed onto the Wrigley Field playing field. Will the field run from third base to right field the way it used to when the Chicago Sting played, or will they try to honor the first base to left field configuration that the Chicago Bears used (and which Illinois/Northwestern are expected to use) when U.S. football is played there?

Or maybe it is possible that negotiations will falter, in part because someone will realize how gimmicky the whole idea is of 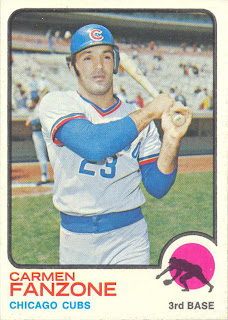 playing “real” football on the same field where such immortals as Walt Moryn and Carmen Fanzone used to play, and where Sammy Sosa used to act like a payaso – to the delight of Chicago Cubs fans.

IF SOCCER OFFICIALS in this city were serious about wanting to give a Chicago Fire/Club America “friendly” match a jolt of enthusiasm that can never be achieved out in suburban Bridgeview, it’s too bad they couldn’t consider holding it at Soldier Field.

With a significant seating capacity that dwarfs both of the stadiums in the city that host Major League Baseball, you could get the size of a crowd that would generate the kind of atmosphere that would mimick the enthusiasm that can be seen on those various cable television channels that give us International soccer – or that we’re going to have a chance to see in coming weeks from South Africa with the staging of the World Cup.

That would be a spectacle worth watching.