Gov. Pat Quinn will manage to tick people off, no matter what he does w/ budget

It is one of the quirks of following Illinois government – at a time when most people are thinking Independence Day, fireworks, and mayb 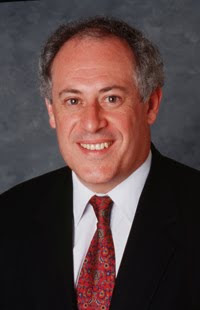 e even the Taste of Chicago, we are hearing “Auld Lang Syne” playing in our heads.

For Wednesday is the final day of 2010, as in the state government fiscal year. A whole new year with wonderous opportunities (heavy sarcasm intended) begins Thursday.

AMONG THE PEOPLE who definitely don’t view the “new” year with joy are Gov. Pat Quinn.

For it seems that the Illinois General Assembly is never going to do what Quinn had hoped for – return to the Statehouse for another day or two and approve some sort of borrowing plan that would give state government some extra money to work with for the fiscal year 2011.

The Illinois House of Representatives did approve something to authorize borrowing to help cover the money owed to bring the state pension programs back under control (a step in the right direction), but the state Senate never even tried to do anything along those lines. And even if the Senate were to approve something of its own, there’s an excellent chance that any momentum in the Illinois House to reapprove such a concept is long gone.

Which means this year’s financial “crisis” is going to be resolved by Quinn himself. Because the budget proposal that the Legislature did approve for the new fiscal year was unbalanced, but also gave authority to the governor to make whatever cuts are necessary to bring state spending under control.

IN SHORT, IT’S all in Quinn’s hands now. His aides say he plans to make an announcement Wednesday to let us know exactly where the cuts will occur, and how severe they will be.

I know for a fact that many school districts across the state are bracing themselves for cuts in the funding they receive from state government, which is going to translate into cuts in teachers and educational programs and maintenance of their facilities. The State Board of Education already has announced $300 million in cuts to public education programs for the upcoming year.

Could there be more? Pat Quinn’s name is already being taken in vain by educators across Illinois. To use the old cliché, his name will soon be “Mudd” among many differing interest groups.

Now I’m not claiming Quinn is blame-less. One of the drawbacks of his apparent lack of a political backbone at times is that the individual legislators don’t exactly fear his wrath. When he made grand statements during the spring claiming there would be severe harm caused to various state programs if he was forced to rely only on spending cuts to balance out the budget, nobody seemed to care.

ACTUALLY, THEY DO care.

But they don’t want to have to make the hard choice themselves.

The real solution to the state’s financial problems is a combination of some new revenue, along with some cuts. Not that we have a lot of fat in state government (what many people claim to be “fat” is really just programs that bother them ideologically), but I accept the fact that tough times can cause worthwhile programs to get slashed – no matter how much good they accomplish for our societ.

I also accept the fact that, since it took Illinois several years to get itself into its current financial mess (aggravated by the economic struggles that are impacting the nation as a whole), it likely will take several years to return to financial solvency.

INSTEAD, IT HAS all been dumped on Quinn. Our individual legislators have decided they would rather dump off the financial problem on somebody else, instead of trying to address it. After all, they could screw things up even worse if they took it.

Better for their re-election desires come November to let Quinn deal with the issue. Let him take the blame if somebody winds up dying if their particular program (particularly in the area of health care) that their lives had come to depend upon was suddenly slashed – if not outright anihilated.

For the record, Quinn has said his cuts to be announced Wednesday will focus on “bureaucracy.” Which means administrative expenses. Which sounds nice, in theory. Cut the “guys in suits” instead of the actual services.

Yet the problem is that a certain amount of administration is needed to run programs. One person’s pointless bureaucrat is someone else’s needed administrator. No matter how much one wants to deny it, it simply is not possible to cut this many billions of dollars (don’t forget we’re talking about a potential $13 billion deficit for the state, not all of which can be addressed this fiscal year) without whacking at some worthwhile services.

AS FOR THOSE individuals who have ideological concerns about many social services programs and are pleased to be able to use these financial struggles to knock out programs they never wanted in place to begin with, it just seems to me to be a callous means to get one’s way.

Which in many ways is building up my resolve to want to see Quinn get his own full term as governor come the Nov. 2 elections.

I’d hate to see the same legislators who were weak-willed enough to dump the state’s financial problems in the governor’s lap try to claim his Election Day defeat as some sort of victory for themselves.