“Justice delayed is justice denied,” or “Better late than never.”

It’s hard to say which cliché is more appropriate Monday, upon learning that a jury in U.S. District Court thought that a seri 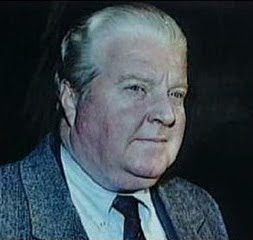 NOT THAT BURGE will have a record of his own for criminally brutal behavior on the job back when he ran the violent crimes unit out of what is now the Calumet Area on the city’s Far South Side. He gets to consider the possibility of a significant prison term during his retirement years for lying about his past.

The jury that took two days of deliberations reached a verdict of guilty of a charge of perjury, and two charges of obstruction of justice. Specifically, when the city was sued earlier this decade because of Burge’s conduct, he said under oath that he never used torture tactics while on the job.

The jury today essentially said that is not true. But just as Al Capone was never prosecuted for his racketeering activity or any of the violence that erupted in 1920s era Chicago, Burge got away without being prosecuted for his conduct.

Capone is officially a tax cheat, while Burge is a convicted liar – so to speak.

IT IS BECAUSE of that aspect that I have a hard time getting excited about the “guilty” verdict – although I must admit I had braced myself for the possibility that the jury would acquit Burge, which would have brought emotions of intense disgust to my mind.

Reading the Chicago Tribune account of what jurors said in those moments after being released from their jury duty, it seems that some jurors had a hard time initially with the thought that they would find a police officer guilty.

It was only after they re-read the list of charges and realized the narrow focus of what was involved in a perjury conviction that they were able to bring themselves to vote unanimously for Burge’s guilt, the Tribune reported.

It seems to me that it was fortunate them for those of us who have been appalled by Burge for the past two decades that the statute of limitations had expired. Because if the jury had been asked to vote “guilty” for criminal charges related to the brutality, they might not have been able to do so.

PERSONALLY, I GET the same feeling about Burge whenever I think about those aging Klansmen from the 1960s who brutalized civil rights workers or black people, and now try to claim that prosecuting them in the current era when they are aging old men is somehow immoral.

Burge himself seems to be ready to try this tactic, as his attorney points out that the retired cop is being treated for cancer and ought to receive probation.

Of course, those aging bigots got several years in the prime of their lives to experience a freedom that they shouldn’t have had. I’m sure there are those people who will say that Burge can never truly be punished because he got to spend the past 17 years as a retired cop living in Florida.

Can we ever have a true sense of justice so many years in the future? Even U.S. Attorney Patrick Fitzgerald concedes this point, telling reporter-types Monday, “that’s not a full measure of justice.”

BUT I’M SURE Burge will feel the emotional strain as he does the countdown to Nov. 5 – the date when he will have to stand before a judge and face the moment of sentencing. I don’t think he’ll get anywhere near the 45-year prison term that prosecutors were tossing about Monday as a possibility.

But I’m sure the thought of that figure will burn its way into Burge’s brain in the coming months, which might very well be the ultimate punishment that the 22-year Chicago Police Department veteran and native of the South Deering neighborhood will have to suffer.