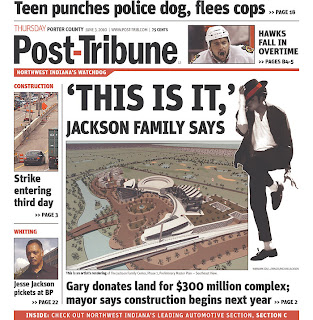 Michael Jackson and Gary Coleman were both child stars back in the 1970s whose careers peaked in the early 1980s. Both in recent years had seen their public images devolve into pathetic jokes. And after their recent deaths, both have parents who would like to see their legacy wind up in the Chicago area.

Both of the entertainers are Chicago-area natives (Jackson from Gary, Ind., and Coleman from Zion) whose memories managed to pop up in the news on Thursday

IN THE CASE of Jackson, it was because his father was in Gary this week to stand alongside the city officials who have dreams of developing some sort of Jackson-memorabilia-laced attraction that would bring people to Northwest Indiana similar to how Elvis Presley’s one-time mansion in Memphis is a tourist attraction for that Southern city.

The people who are actually in charge of overseeing Jackson’s estate say they’re not involved with any of the Gary dreams. But that isn’t stopping father Joe Jackson (whom some perceive as a parental version of Ike Turner – does that make Michael the equal of Tina?) from trying to bolster his image by offering some familial credibility to the talk of developing a 300-acre theme park honoring Jackson (which to my mindset sounds too much like Dollywood for Ms. Parton).

That park would be much more grandiose than anything that ever existed in Gary back when the Jackson family actually lived there. The actual abode was a rather humble structure that wouldn’t be noteworthy at all, except for the people who lived there several decades ago.

There are those people who see this Gary project as a pitiful attempt by the Jackson patriarch to gain one last bit of something for himself, even though Michael Jackson himself when he last visited Gary in 2003 signed an agreement to help market development of a Gary-based Jackson Performance Arts Center.

EXACTLY WHAT “MARKET” means is questionable. Who knows how much he would have supported the project, had he not died last June at age 50? Despite the rhetoric being spewed now, I find it questionable to think that this project will ever come about.

I would think those people who want to see the Jackson “experience” for themselves would want to see “Neverland,” the mansion where Jackson lived for many years and turned into an overglorified theme park where he could experience a prolonged adolescence. I doubt they want to see inner-city Gary.

I don’t buy the 1 million people per year visiting Gary just to see the old house.

I’m also not sure whether there will be one body coming to Zion anytime soon – the remains of television star Gary Coleman. 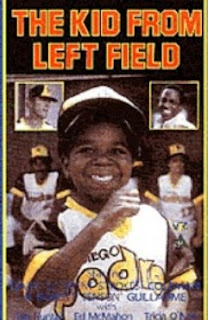 DESPITE A WIDELY-publicized rift between Coleman and his parents, Sue and Willie Coleman say they want custody of his body so they can bring it back to the town near the Illinois/Wisconsin border where he grew up – and was first discovered doing ads and making appearances in certain hit shows from the era.

I still get a kick out of seeing the old Good Times and Jeffersons re-runs where Coleman spars verbally with Jimmie Walker and Sherman Helmsley respectively, and I still remember his performance in “The Kid from Left Field,” the film that depicted him as the child manager of the San Diego Padres who (with his father’s help) leads the team to a World Series appearance (against the1970s-era Chicago White Sox with the flowing shirt uniforms with big collars, but no shorts).

I must admit, though, that I find watching old “Diff’rent Strokes” re-runs to be unbearable. It’s enough to make me stay away from Channel 23 (no “Me TV” for me).

Gary gets old pretty quick, particularly since we are now fully aware that “cute little boy” was really a miserable teenager upset that he was already type-cast fo 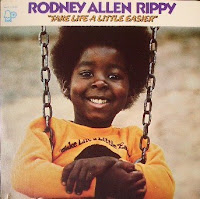 r life as a kid nearly as adorable as Rodney Allen Rippy (who out there remembers Jack in the Box, which the last I checked only existed in a few Southern Illinois towns?).

WHAT ARE THE chances he becomes a permanent part of the suburban Chicago scene? It all comes down to his family ties. How distant was Coleman from his parents, who adopted him as a baby? They learned of his death from news accounts, and were unsure if Gary had ever told his ex-wife about their existence.

It was that ex-wife, Shannon Price, who made the decision to take Coleman off life-support, which is what resulted in his death last week from a brain hemorrhage at age 42.

Coleman’s former manager is now working with the parents, and he says they’d like to get his body as soon as possible and bring it to a final resting place in Zion. But there is still some legal squabbling over who should have a say in the matter.

So who’s to say if we’re ever going to get the sight of a Coleman grave at a Zion-area cemetery, making it the Chicago-area equivalent of ‘60’s rocker Jim Morrison, with fans of the old show occasionally causing a ruckus as they try to catch a glimpse of his tombstone, and possibly defacing it with a “Watchu talkin’ ‘bout, Willis!”