EXTRA: White Sox manage to win against 'phenoms.' Will this be the 2010 highlight? 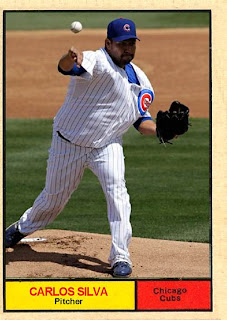 A week ago, two of the National League’s top pitchers were Carlos Silva of the Chicago Cubs and Stephen Strasburg of the Washington Nationals.

Silva is a 31-year-old journeyman who this year has pitched the best baseball of his life. His first eight starts for the Cubs resulted in eight victories. 8-0 for the season.

UNTIL HE WENT up against the Chicago White Sox last Saturday in the middle game of the BP Crosstown Classic. Silva didn’t get his butt whupped. But he did get his first loss of the 2010 season. It seems to be contageous, since he picked up his second loss of the season on Friday against the Los Angeles Angels.

8-2, with a 3.65 earned run average. On the whole, the best season he has ever had. But he’s not as impressive-sounding as he was a week ago.

Then, there is Stephen Strasburg, the young kid who last year was a star college ballplayer. This was his first year as a professional, and the Washington Nationals are such a bad ballclub (worse than what we have in Chicago) that they rushed him up to the major leagues. Thus far, he has made it look like a smart move – winning his first two major league starts.

But in his third game started in the major leagues, against the White Sox in Washington, he finally wasn’t able to win (although many are willing to focus on his 10 strikeouts) that give him 32 for his first three starts – topping the 29 that J.R. Richard of the Houston Astros struck out during his first three starts back in 1971.

HE DID NOT lose either. Gavin Floyd managed to match him, and the two were in a 1-1 tie when they were taken out for 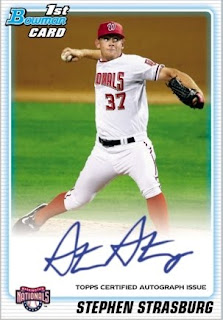 relief pitchers – who ultimately were responsible for the White Sox prevailing once again by a 2-1 score.

It is nice to see that the White Sox (who lately have been on a hot streak, winning eight of their last 10 games) are snapping out of their early-season funk, although I still don’t expect a season this year of much better than a .500 winning percentage.

If anything, seeing them in these two games of the past week will make it all the more frustrating when the White Sox blow ballgames later this season in such a stupid fashion.

And let’s be honest, we all know that will happen.