The running mates debate; will Clinton or Trump benefit more from event

Tuesday will be the night that Indiana’s governor takes on Virginia’s senator in a head-to-head competition to try to get other people elected to political office. 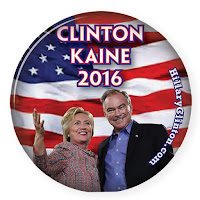 For Mike Pence and Tim Kaine, whom most people outside of their home states had probably never paid any attention to prior to this summer, are the running mates.


THEY’RE THE VICE presidential picks chosen by the presidential nominees to be the ones who will be called upon to be the “Commander in Chief” of our country in the event that our newly-elected president dies, or is otherwise incapacitated.

And unlike the presidential candidates who will have two more debate appearances scheduled between themselves, we only give the vice-presidential hopefuls one debate. 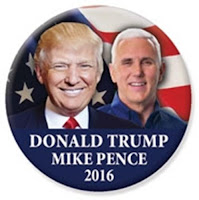 The event at Longwood University (a Virginia-based school, I can already hear the Trump-type rants about the bias against his running mate, who is a Hoosier) will give us our lasting political impression of both men.


Heck, for most of us, it will be the first we’ve ever really thought of either official. Which means a gaffe by either man likely will live on forevermore. Just like how most of us only think of James Stockdale (paired up with ’92 candidate H. Ross Perot) as the guy screaming confusedly, “Who am I? Why am I here?


THIS TIME AROUND, the would-be third party candidates weren’t strong enough in the polls to warrant being included in the debates. So we won’t see a Libertarian or a Green on Tuesday.


It’s going to be the Kaine vs. Pence show.


Both of them are going to try to make it appear as though Hillary Clinton and Donald Trump are completely rational public officials, while their opponent is a complete loon!


Of course, both men have some baggage that will make them susceptible to attack. If anything, that may be the issue where Pence is already exposed to heat.


BECAUSE HE’S THE Indiana governor who signed into law that measure meant to protect religious freedoms, but was really nothing more than a law providing cover for people to use religion as an excuse to harass people with whom they disagree.


By now, Pence had better be used to dealing with questions about this issue. I’m sure in his mind, he’s going to continue to stand up to criticisms just as he has been for the past year. So maybe he has the advantage in that he ought to be prepared.


Although Pence’s stance does hurt him among those gay rights activists who were willing to stand up for Trump publicly. It will be curious to see how much the mess of Indiana politics from 2015 winds up dominating Tuesday night’s debate session.


Of course, it’s not like Kaine doesn’t have his critics. He has made his own stance on Capitol Hill when it comes to the Hyde Amendment – which is the law used to justify cutting off any sort of federal funding that in any way would benefit a woman’s ability to abort a pregnancy.


It will be interesting to see more liberal interests try to take off on Kaine to try to hurt Hillary; particularly those who may still have hang-ups about the fact that Sen. Bernie Sanders of Vermont didn’t get the Democratic presidential nomination.


Then again, it may be the more conservative interests who are in agreement with Kaine who may bring the issue up – just to stir up discontent that they hope winds up backing Trump’s chances of Election Day victory.


Because in the end, voters will wind up casting their ballot based on their presidential preference. Their next debate appearance is Sunday at Washington University in St. Louis.