What with a Cleveland vs. Cubs World Series taking place this week and early next, it has me wondering about a pair of baseball-themed films from recent years and trying to figure out which was more absurd. 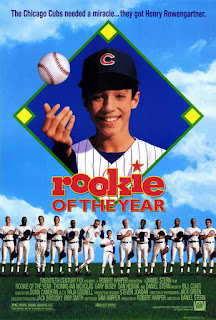 As in the “Major League” series, or “Rookie of the Year.”


YOU LIKELY KNOW of the Major League films as the source of many one-liners that oft get repeated as gags during baseball games. There even are moments when all those high-tech video boards inside modern-day stadiums are used to show snippets of them for laughs. 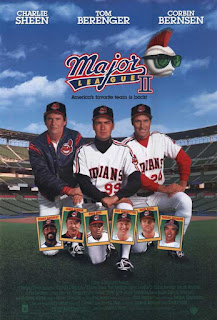 And it was the Major League series that gave us that eternal philosophical question – can Jesus Christ hit a curve ball?


Then, there was Rookie of the Year – a film largely intended to be something that parents can take their children to see. It tells the tale of a 12-year-old boy who suffers a freak injury to his throwing arm that makes it possible for him to throw 100-mile-an-hour fastballs.


Because the kid supposedly lives on Chicago’s North Side, he signs a contract to pitch for the Cubs. And supposedly leads them all the way to a playoff game, when his arm supposedly snaps back into place and he begins throwing again like a not-particularly-athletic 12-year-old kid.


ALL IN ALL, a ridiculous premise. But no more silly than a film that answered a ballplayer’s request to snap out of a hitting slump and sacrifice a chicken by providing him with a bucket of Kentucky Fried.


Although I always thought the Major League series, which uses the Cleveland Indians as its heroes in humor, to be more absurd. The sequel film Major League II was the low point – because it was the one that treated the Chicago White Sox as the all-powerful team that needed to be vanquished by an underdog Indians squad.


Not even the most drunken of Sox fans would ever think that their team was all-powerful – except at offering up the best-tasting Polish sausage at the ballpark concession stands. 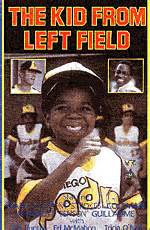 Perhaps we’ll just have to answer back with a showing of “The Monty Stratton Story” or "Eight Men Out." Or “The Kid From Left Field,” which in 1979 starred Gary Coleman at the peak of his “Whatchu talkin’ ‘bout Willis!” fame as the youthful pseudo-manager (it's really his father, Robert Guillaume of "Benson" fame) who leads the San Diego Padres to a World Series appearance against none-other-than the White Sox. Which truly is absurd!

Email ThisBlogThis!Share to TwitterShare to FacebookShare to Pinterest
Labels: baseball, films, Major League, Rookie of the Year, The Kid from Left Field