“It” may no longer be a high school focusing on tolerance for gay people. “It” may have morphed into a school that te 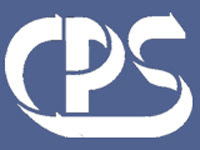 aches tolerance for all.

But for the activists who want to claim that their “religion” justifies creation of a hostile environment toward gay people, “it” is still going too far. And as far as I’m concerned, the concept of a separate high school for “tolerance” has the same flaw as a gay-friendly high school – but for differing reasons than the religious types.

I HONESTLY BELIEVE that “tolerance” ought to be something encouraged (and enforced) in all of the high schools that are part of the Chicago Public School system – if not all high schools in general.

To me, the idea of saying that a soon-to-be-constructed high school in Chicago will be run in a manner sympathetic to gay students and those of other groups that might feel harassed in a conventional high school sounds too much like we’re conceding that the hostile environment that can comprise a high school experience is the way things ought to be in a conventional educational experience.

Whatever policies would be implemented to make gay, Goth and just about any other group of students feel comfortable ought to be in place in every high school in Chicago.

Instead of trying to build a lone island of tolerance, schools officials ought to be trying to make all students realize that tolerance is the ideal – not their ideal that might be reinforced through physical bullying.

WHEN I ORIGINALLY heard that a gay-friendly high school was being considered for Chicago within a year, I thought it reeked too much of trying to segregate people out of the mainstream – instead of making that “mainstream” realize that not everybody in this society is just like them.

As much as I think it would do good to all to have to deal with students of all types within their midst, I think it is the students who are not gay or Goth or any other special type who most need to have all the differing types of people within their ranks.

Exposure is likely to give them the experience that ultimately will kill off the discriminatory attitudes that are often peddled and wind up poisoning our society.

It is the same as the way the younger generation has come to think of the concept of multi-culturalism as less exotic than their parents view it. We have a younger generation that is more racially tolerant than their elders because they have been exposed to other groups in ways that were not done in past generations.

WE OUGHT TO carry that same concept of exposure to groups of students other than differing races. Whether or not this will wind up happening in the Chicago Public Schools anytime soon has yet to be determined.

It was just in recent weeks that public schools officials backed off of talk of building the gay-friendly high school – which would have been open to all students. But students attending there would have had to agree to a certain code of behavior that would strictly punish gay-related harassment.

Of course, that gets people who like to think of themselves as religious-minded (as though Jesus in their minds was a bigot) all upset, because they don’t want to have to recognize people who are gay.

They certainly don’t want any official institution (such as a public school) giving such recognition, or teaching that gay people are, first and foremost, people deserving of the same respect as any other human being.

WHEN MAYOR RICHARD M. Daley made it clear he wasn’t enthused about the gay-friendly high school concept, schools officials backed off.

In recent days, they have tried to resurrect the idea, but with the twist that it would encourage tolerance for all the groups that might feel susceptible to bullying in the current student mindset.

That “compromise” has some gay rights activists upset, saying they think the original concept is what is truly needed. Of course, some argue in a manner similar to what I think – that there ought to be tolerance taught in general throughout all high schools.

And a group of ministers told the Chicago Board of Education this week they would become a very seriously angry group if anything was done towards resurrecting the original concept.

SO WHAT HAPPENS now?

The school board in Chicago is stuck in a political mess regardless of what it does.

And as for those who will argue that the school board should do nothing, that is not an option. The idea of turning down a new high school, particularly one that will have facilities to accommodate the needs of students who are interested in taking a college-preparatory curriculum, is not possible.

No matter what jokes people from outside of Chicago want to make about the Chicago Public Schools system, its biggest flaw is that there aren’t enough facilities to accommodate the needs of its top students (as the magnet schools do not have sufficient space for all the students who could qualify academically).

THE TRICK IS to figure out how quickly schools officials must act if they are still to get a school built and operating during the 2009-10 academic year – which was the original intent.

That goal might be little more than a dream, however, if the school board cannot act before year’s end. The simple fact is that construction takes time (as well as money). A new school might have to be a dream put off for future years, all because people want to get hung up over whether it is a noble goal to think of gay students as worthy of some protection from harassment.

This latest episode is bound to turn into yet another gag on Saturday Night Live, where Amy Poehler noted a few weeks ago when the original proposal was made that this country already has a gay-friendly high school – before showing the logo of the Disney program “High School Musical.”

So not only is the Chicago Public Schools being deprived of a new school facility, it also is creating subject material for jokes at Chicago’s expense. That, it turns out, is the real tragedy of this political fiasco.

EDITOR’S NOTES: The concept of a public high school with policies sympathetic to gay students (http://www.suntimes.com/news/education/1290197,CST-NWS-skul20.article) even has clergy of different religious denominations split.

Gay rights activists say they plan to resurrect their goal of a gay-friendly high school (http://www.chicagotribune.com/business/content/education/chi-gay-high-school-folo-20nov20,0,2459531.story) within Chicago.

Can the proposed “Social Justice Solidarity High School” be built and operating by (http://www.chitowndailynews.org/Chicago_news/Social_Justice_planners_still_focusing_on_2010_opening,18793) the year 2010?
Posted by Gregory Tejeda at 12:01 AM