Aren’t we getting ahead of ourselves with talk of renaming school for Obama?

He has nearly two months to go before he is officially sworn in as president, 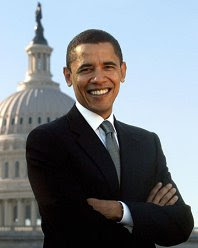 yet there are some who are all too quick to want to pay brick-and-mortar tribute to the presidency of Barack Obama.

I can appreciate the simple fact that a man of his biracial background was able to get elected says wonders about this nation’s progress, but really people. Don’t you think we ought to wait to see how long of a political “honeymoon” he gets before we start thinking about permanent tributes?

PEOPLE IN SOUTH suburban Calumet City who are urging officials to study the renaming of an elementary school for Obama are letting their sense of post-Election Day glee get the best of them.

Specifically, the school board that oversees Hoover Elementary School is looking into a local resident’s demand that the building be called Obama Academy. Supporters of the change ar 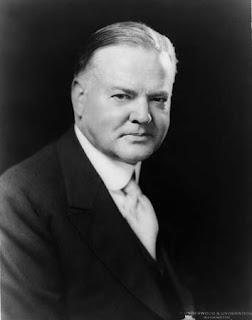 gue that Hoover (as in Herbert, not the vacuum cleaner) is too old a historic figure to be relevant to today’s youth.

They told the Times of Northwest Indiana newspaper they think children would respond positively to being able to say they go to “Obama School.”

Those area residents, at least one of whom was an Obama campaign worker, say they are e-mailing just about every government official they can think of from the U.S. Senate to the Illinois House to quite possibly Gov. Rod Blagojevich, all in hopes of gaining public sympathy for the concept of a school named for Obama.

THESE SUPPORTERS TOLD the Munster, Ind.-based newspaper that an Illinois-based school ought to be the first to pay tribute to the first U.S. president who doesn’t view African origins as a reason for feeling shame (by that, I mean think of how Thomas Jefferson’s relatives feel every time the name “Sally Hemmings” comes up in conversation).

Now I won’t be surprised to see the day some decades from now when I’m a crotchety old man yelling at kids to get off my lawn when there will be Obama statues, schools, bridges and public parks.

The fact that I will be able to say I saw the man in action and actually first met him when he was just an anonymous politico in the Illinois Senate will be among the quirky stories I tell about my days as a reporter-type person.

But the reason that Obama will be worthy of these public tributes is because of the things he is going to do in the next four (possibly eight) years. In short, we should now be paying close attention to Obama so we can figure out exactly what he will someday be honored for.

TO GIVE HIM a tribute of a school named for him now is nothing more than a trivialization of his reputation.

You’d think that Calumet City residents would have learned from the neighboring school district. While based in suburban Dolton, that district has one school based in Calumet City, and it is named for one-time Sen. Carol Moseley-Braun, D-Ill.

Yes, there is a Braun School in Calumet City, about two miles from the Hoover Elementary School that officials are talking about naming for Obama.

Would this turn into a rivalry over which part of town can give the more garish tribute to a black politico (first black U.S. Senator from Illinois, compared to first biracial president) from Illinois?

AND WHILE I could think of schools with names more trivial than that of Moseley-Braun, how many people these days think that she is really someone worth memorializing with masonry and concrete?

There is one major difference between the two schools. When the Dolton district came up with a school named for Moseley-Braun, it was because they were building a new school facility.

Obama gets an existing building (one that goes back several decades) named for him.

Personally, I’m not enthused about the idea of dumping Herbert Hoover’s name from the building. He was a U.S. president (one whose time in the White House got thoroughly trashed by the Great Depression of the 1930s) in his own right.

IF LOCAL RESIDENTS are correct in saying that the name “Hoover” means little to the current student body, then perhaps that is a demerit on the way in which history and civics are taught at the school.

I’m not out to praise the memory of Hoover. But at a time when the nation’s economy is tanking, perhaps we ought to be remembering the Hoover era all the more. He is not a figure we should forget.

Surely, Obama is paying attention to that time period these days. It has been reported that Obama is focusing on how newly elected President Franklin D. Roosevelt coped with the depression he inherited when he became president in 1932. Such study also includes attention to the mistakes of Hoover, whose rigid adherence to conservative ideological concepts prevented him from doing much of anything to try to bolster the U.S. economy.

Personally, I have never been a big fan of renaming buildings or parks or monuments. I believe that when something is named to pay tribute to someone, the name should remain until the day the structure is reduced to rubble.

FOR WHATEVER REASON Hoover’s name was placed on that school, it should be respected and kept there. If Calumet City officials want to build a new school and name it for Obama, that might be a worthy goal – although I’d still want to wait a few years before seriously moving ahead with the notion.

There’s a reason why serious tributes wait until after a person’s time in office is complete – and in some cases (such as postage stamps) after a person is deceased. It would be nice to know the exact accomplishments so that a plaque to be erected on the building can be made listing them.

Unless one thinks that a chalkboard is a more appropriate plaque. One could write in a new list of accomplishments every day, letting people know what the building’s namesake is up to.

There really is an elementary school named for the one-term U.S. senator from Illinois (http://www.schooldistrict149.org/Moseley-Braun/Moseley%20Braun.htm). Will Herbert Hoover (http://www.hsdist157.org/hooverschool/index.html) be able to keep his name on the school that pays tribute to him?
Posted by Gregory Tejeda at 12:01 AM