Policing the Police – What happened to the West Side on Election Night? 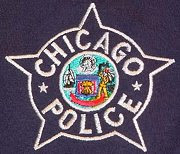 Are these merely copycat lawsuits? Or were the Chicago police really running amok on the West Side, taking out their aggression on anyone who dared to express joy at the thought that a biracial man had won a presidential election?

Either way, there will be similar lawsuits being filed in coming weeks. They’re either copying the earlier lawsuits. Or if the police were truly as out-of-control as the existing trio of lawsuits contends they were, it was not limited to just a couple of incidents.

IT IS HARD to differentiate the different lawsuits, since they all read and sound so much the same.

They all involve people who live in the impoverished (and heavily African-American) neighborhoods of the West Side who say they were publicly expressing joy at the Election Night victory of Barack Obama.

In all cases, the lawsuits claim police came into the neighborhood and started beating on people, while also telling them to get back in their houses and keep quiet.

Every single incident referred to in a lawsuit claims that police used pepper spray to knock the wind out of people, thereby making them easier to subdue.

THE ONE MOMENT that caught my attention was an allegation made in the first lawsuit (filed a couple of weeks ago) that claims police kicked down the front door of a residence, then forced the family to lie on the floor – while also behaving in a vicious manner meant to intimidate anyone from thinking of fighting back.

Fortunately, we’re in an enlightened enough era these days that the Chicago Police Department can’t just ignore these claims outright. It isn’t a given that a judge will side with police and automatically dismiss such claims as the content of a frivolous lawsuit.

Police officials themselves note that all of the allegations are being investigated by the panel that is supposed to police the police – and merit out discipline in cases where police are found to have acted unprofessionally (such as the recent incident involving the dismissal of a veteran officer who walked out of a Walgreen’s pharmacy without paying for a $1 bag of trail mix).

But what is ultimately going to happen is that all of these incidents are going to have to merge into one in-depth investigation into the 21st Century attitudes of police toward racial political empowerment.

TO WHAT DEGREE do white police officers resent having black (or even biracial, such as Obama) officials who rank ahead of them? I know I have heard some police express disgust at the idea that one-time Black Panther member Bobby Rush is now a member of Congress to whom they have to look up to. When one considers the military mentality adopted by law enforcement, rank means everything to these people.

Does Chicago really have Anglo cops so disgusted with the thought of a non-white man as president that they became overly sensitive to the behavior of black people? Were the police truly so outraged that they suddenly took any sign of joy at something they considered to be appalling as evidence of an outburst – thereby requiring them to “do their job” and subdue the outburst in the name of public safety?

Or could the West Side neighborhoods where all the incidents referred to in the trio of lawsuits really have been on the cusp of aggressive behavior – with people who were pleased with the Obama victory starting to lose control of themselves to the point where passing police felt the need to intervene and put a cork, so to speak, back into the bottle before a spill made a mess?

For those who think it ridiculous that people would behave badly in celebration, just think of some of the stupid things that have happened in cities across the United States in response to a local sports team winning “the big game.” Sometimes, peoples’ emotions cause them to stifle their common sense.

Now I’m not claiming to have any first-hand knowledge of what happened in any of the incidents that occurred on the West Side. But if I had to guess, I suspect it probably was a combination of both sides being at fault – with the sad reality being that many other people who happened to be in the area suffered.

There may well have been a few people who left their common sense at home before going outside to partake in very vocal revelation. Some may have appeared to passing police as though they were to burst out of control.

Since many of the police who work that part of the city are inclined to suspect the worst (some of these neighborhoods have yet to recover from the riots of 1968 that followed the slaying of civil rights leader Martin Luther King Jr.), they may have jumped into “overkill” mode when trying to put a stop to things.

IF THAT TURNS out to be the case, it won’t surprise me at all if the police wind up being cleared of any excess misbehavior in all of these incidents.

The simple fact is that we as a society arm police officers because we expect there to be incidents where they will be required to use force. And the concept of “probable cause” may very well give police the legal authority to be suspicious of everybody in those particular circumstances.

One of the lawsuits made mention of how police tossed a canister of pepper spray into a crowd, only to have one person in the crowd throw the canister back at a police squad car.

That, in itself, would give police the legal authority to consider themselves “under attack” and use force. It was that particular moment of force that supposedly caused the moment when police kicked down a family’s front door (they were supposedly chasing the man who threw the canister back at them, and had reason to think he fled into that particular residence).

SO WHILE I’M not surprised at the thought that not everybody in Chicago was overjoyed at the thought of our state’s junior senator becoming president, I’m also aware of the fact that the claims being made in the lawsuits are very difficult to prove.

So if it sounds like I’m bracing myself for the thought of the lawsuits withering away without serious action, I am. I only hope many other Chicagoans are willing to accept the same reality.

I’d hate to think that real rioting would take place in reaction to the police not being punished severely for their Election Night behavior.

EDITOR’S NOTES: All across the West Side of Chicago were incidents investigators (http://www.upi.com/Top_News/2008/11/23/Election_Night_police_abuse_suit_filed/UPI-20161227459830/) will spend coming months trying to figure out whether they border on criminal activity.

Were the police merely using the physical force that they are legally allowed to use in certain (http://www.chicagotribune.com/news/local/chi-election-cops-lawsuitnov22,0,1080089.story) instances?

If police fired an officer for shoplifting a $1 bag of trail mix (http://www.chicagotribune.com/news/local/chi-cop-fired-20-nov20,0,7368786.story), how would they react to multiple incidents of politically tied behavior that reflects badly upon the city?
Posted by Gregory Tejeda at 12:01 AM