Barack Obama is truly like Adlai Stevenson in one respect. The regular Democratic organization that dominates Chicago’s politics wants us to pay attention to their do-gooder with national 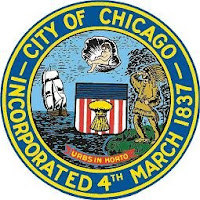 interests, rather than to the activity that takes place at City Hall.

Hence, reporter-types are getting lots of leaks informing them of the many politicos coming and going from the federal building complex in the South Loop from which Obama is running his transition team.

FAKE INDIGNATION THAT the people found out about Obama’s meeting with Democratic primary opponent Hillary Clinton is tossed about, and we’re also allowed to learn of just about every other bigwig who is traipsing through the Second City – in hopes of gaining a prominent job within the Obama administration.

In a sense, Chicago is now the axis upon which the world of U.S. government rotates. But that shouldn’t be mistaken for Chicago politics itself.

If anything, Obama and his goo-goo nature (with just enough pragmatism to know when to get real and compromise) is supported by the Chicago Democrats because he distracts attention from the funky business at City Hall, similar to how Adlai Stevenson’s gubernatorial and presidential aspirations reflected well upon the Chicago political people of 60 years ago (thereby allowing them to go about their local business unwatched).

That lesson got reinforced in my mind when I read about the City Council’s activity this week. Or actually, I should say their lack of activity. For in the end, the measure that caught my eye was something they didn’t do.

LONG-TIME ALDERMAN Bernard Stone (who represents the far northern tip of Chicago up by Evanston) wants to know where the city’s inspector general gets the nerve to go investigating anything connected to his office.

Stone tried to amend the city budget proposal by deleting all money set aside for maintenance of the inspector general’s office – which is the entity that investigates claims of government corruption.

It is meant to be an internal investigator that puts up the image of Chicago government not tolerating illegal activity.

Yet to Stone, the inspector general’s office exists purely to investigate the executive branch of Chicago government (ie., Mayor Richard M. Daley and the city government agencies to which he appoints directors).

STONE SEEMS TO think the City Council (the legislative branch of Chicago government) is off-limits to any such investigator.

It seems that Stone, according to the Chicago Sun-Times, is still upset that the inspector general’s office did an investigation of absentee ballot fraud that wound up focusing on a superintendent of the alderman’s ward.

That superintendent has since been indicted on criminal charges related to claims by prosecutors that residents of Indian and Pakistani descent were being pushed to fill out absentee ballots in ways meant to benefit the alderman back when he last sought re-election in 2007.

Prosecutors say the superintendent used his credentials from his job with the Streets and Sanitation Department to intimidate some of those people into going along with the absentee ballot actions.

STONE BARELY WON that election, which is embarrassing for him considering he’s been in the City Council since 1973 and is the second-longest serving incumbent alderman.

So now, it was political payback for having to campaign harder than he would have liked for re-election. It’s not like Stone feels any shame about this approach, telling the Sun-Times, “he’s come after me, so I’m going after him. That’s the way the game is played.”

That payback, in Stone’s mind, would have been to shut down the inspector general’s office by depriving it of $5.8 million set aside for its operations in the city’s upcoming fiscal year.

Fortunately for the public good, the members of the council’s budget committee were not inclined to go along with their colleague. They didn’t exactly vote against him. They just refused to support the concept of letting his resolution come up for a vote at all, tabling it for future consideration.

SO IN THEORY, it still exists. But it is highly unlikely that Stone will ever get anyone to publicly support shutting down a government investigative agency because it tried to do its job.

I’d like to think that the council’s budget committee is showing a new way of thinking about city government. Perhaps the aura of Obama is spreading, and our city officials will start thinking about public service in a high-minded manner that will soon start to reflect the public good. Then I realize that such a thought makes it sound like I’ve been sniffing too much glue lately.

“High-minded” is far from the intent of many of our city officials. “Practical politics” is what they consider important – measures that impact a person’s life (even if just for a short-term gain while suffering a long-term loss). For I know that the Stone mentality is imbedded in the City Hall character. Mind one’s own business. Investigate somebody else (you’ll probably find something just as funky over there).

That story probably says more about Chicago’s political character than any trivial tidbits that were picked up by reporter-types who hung out at the federal building that same day while Obama met with former general election opponent John McCain.

Public servant Bernard L. Stone is hard at work (http://www.goodforthe50th.com/) for the people who live on Chicago’s far northern edge.
Posted by Gregory Tejeda at 12:01 AM