Springfield-based political people should follow the lead of “Mr. Burns” 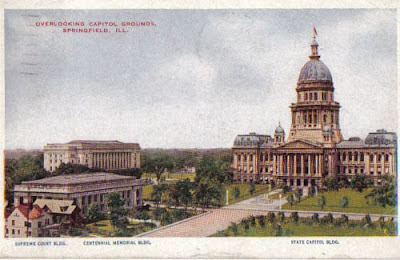 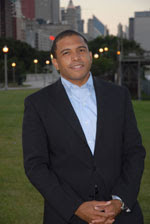 ched (and sometimes juvenile) culture of the Statehouse Scene be able to accept that one of their "freshmen" members has a good idea?
To fans of the long-running animated television series “The Simpsons,” the idea that Mr. Burns is a force for good would be an absurd idea. But as it turns out, the Illinois version of Springfield has a “Mr. Burns” who may have a truly worthwhile idea with regards to the picking of a successor to Barack Obama in the U.S. Senate.

Of course, we’re talking about Will Burns, not C. Montgomery. Burns is a newcomer to the Illinois House of Representatives (he takes his seat as a freshman legislator come next month) who says he wants to make one of his first actions in the General Assembly to sponsor a bill changing the way that Illinois picks replacements for the state’s senate seat.

UNDER HIS PROPOSAL, Burns would have the Illinois governor continue to make his selection for who he thinks should represent Illinois in the Senate.

But instead of having the authority to make the pick all by himself, the governor’s selection would then have to be submitted to both the Illinois House and the state Senate for confirmation.

In short, every single one of the 177 members of the General Assembly would have a say, and would get to represent the interests of their constituents (some of whom are clamoring for partisan reasons that Illinois should conduct a special election in order to pick a replacement for Obama – who resigned the post more than a month ago.

Variations on this idea had been suggested by political observers, although Burns is the first person of any authority to publicly take the idea seriously.

I LIKE THE idea because it would allow Illinois to move forward with the selection of an Obama replacement, regardless of what happens to Gov. Rod Blagojevich or how long his legal travails stretch out.

Should it turn out that Blagojevich has a say, he would have to make concessions to come up with a candidate who would truly be acceptable to a majority of the General Assembly. Because in the political climate that exists now, I have no doubt that the Illinois Legislature would veto any proposed senator whose candidacy would do nothing more than serve Blagojevich’s personal interests.

So much for the idea that Blagojevich would pick retiring Illinois Senate President Emil Jones, D-Chicago, for a seat in the U.S. Senate so as to create the concept of a political ally amidst a sea of political people across Illinois who can’t stand the man.

I will always be convinced that Jones would have been the recipient of Blagojevich’s “Christmas present” to finish the remaining two years of Obama’s term in the Senate.

TREATING THE ISSUE of an Obama replacement similar to how the federal government allows a president to pick Supreme Court justices who still need the confirmation of the U.S. Senate is good. In fact, it might be worthwhile to make the change permanent – instead of just a one-time measure for an Obama replacement, which is the way Burns says he would structure his bill.

If it turns out that Illinois gets stuck with a political hack for the next two years, all of the Statehouse crew would have to share in the blame. Blagojevich would not be in the position of using the Senate appointment process for his own benefit – which is what caused the U.S. attorney’s office to rush their criminal case and seek a criminal complaint against him earlier this month.

For what it is worth, Burns is not just another rookie in the General Assembly.

Burns is the new state representative from Obama’s home Hyde Park neighborhood, and he also served as a campaign manager during one of Obama’s bids for the state Senate and also was chief of staff to Jones and the Illinois Senate as a whole.

THIS IS A newcomer who understands the political process in Springfield and also has a feel for the man whom any new Illinois senator would replace in Washington.

Despite that background, people should not get too hung up on Will Burns himself. Because if by chance the General Assembly does go so far as to adopt this idea for picking an Obama replacement, there’s no way Burns will be the bill’s sponsor.

The mindset surrounding the Statehouse Scene would never allow a new legislator to sponsor a bill of such magnitude. Freshmen legislators are the ones who get heckled and harassed during debate on their first bill, and have every single one of their colleagues vote against it – only to have that 0-117 vote turn suddenly into a vote of support at the last possible second.

If it sounds like the General Assembly reeks of a high school mentality at times, it does. The only thing that’s missing is a prom queen.

THE PROBLEM WITH that attitude is that some legislators will refuse to take the Burns proposal seriously, just because he’s a freshman.

Others will only go along if someone of higher stature were to sponsor the bill. In fact, it often happens that when a newcomer comes up with a worthwhile idea, someone else will copy his proposal onto their own bill, and the General Assembly will then consider dueling measures on the same idea.

Personally, I don’t care who gets credit. All I know is that Burns has latched onto a good idea. It would be nice if someone in the General Assembly were to follow up on the idea and guide it through the legislative process to become law – the sooner the better.

EDITOR’S NOTES: A newcomer to the Illinois Legislature would like to come up with a method for the state (http://www.chicagopublicradio.org/Content.aspx?audioID=31125) to progress beyond the current political stalemate.

Is Will Burns truly a political intellectual, or (http://www.friendsofwillburns.com/) is he merely an opportunist who realizes that this measure will make him stand out amidst the other newcomers to the General Assembly?

A University of Chicago education apparently has not knocked all common sense out of (http://www.chicagomaroon.com/2008/10/24/uncommon-interview-with-will-burns) Burns’ mind.
Posted by Gregory Tejeda at 12:01 AM