A DAY IN THE LIFE (of Chicago): Trib beats Sun-Times to bankruptcy status! 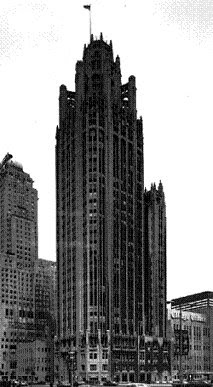 Who would have ever dreamed that the Chicago Tribune’s parent company would be using the “b” word before the owners of the Chicago Sun-Times?

That appears to be the case. Despite all the horror stories we hear about the Sun-Times ownership’s financial problems, it was the Tribune Co. that wound up hiring attorneys to help guide it through the legal morass of protecting itself in court from increasing debt.

Now I will be the first to admit the headline on this commentary is a tad dramatic. Chapter 11 bankruptcy allows the company to restructure itself to reduce debt. The Tribune isn’t going to shut down anytime soon. Nor will WGN television or radio, or any of the other Tribune media properties in Chicago or anywhere else in the country.

And the Sun-Times, with its long-standing financial problems compounded by the current economic climate that is particularly harsh toward the advertisers who have traditionally supported newspapers, is still most likely the one of Chicago’s two ayem newspapers that is likely to shut down first.

I’m curious to see just how much the Tribune itself winds up being scaled back in order to fit what will become the newly structured Tribune Co. Will it become such a shadow of its former robust self that no one will recognize it, and remaining circulation will plummet.

OR IS ITS fate to be that it survives long enough for the Sun-Times to die off, thereby putting many (http://www.poynter.org/column.asp?id=101&aid=155321) Chicagoans desiring anything resembling serious reporting in a position where they will have no choice but to read Mother Tribune?

And I don’t particularly want to hear from anyone who’s going to rant that the reason the two Chicago newspapers are struggling is because they’re “so liberal.” That’s ridiculous, particularly because if the papers were to become something along the lines of what those people (http://www.tomroeser.com/sectionlist.asp?Month=12&Day=1&Year=2008) desire, the papers would be so out of touch with 21st Century Chicago as to be irrelevant.

On a semi-humorous note, the bankruptcy filing excluded the division of Tribune Co. otherwise known as the Chicago National League baseball club. Just think of all the anguish Cubs fans would be feeling today if they were included. White Sox fans would be boasting that their team was first to the World Series, while the Cubs beat the Sox to bankruptcy court.

So what else was notable on this day in this magical Midwestern U.S. city otherwise known as Chicago?

BLAGOJEVICH WANTS TO BUY THEIR LOVE: How much does Gov. Rod Blagojevich want to get people to like him? So much that he’s trying to intervene in the continuing fiasco relating to workers of the now-shuttered Republic Windows & Doors.

Blagojevich on Monday issued an order forbidding state government from doing any business with Bank of America. They are the financial institution that cut off the credit line for Republic, which is the reason Republic officials say they can’t afford to meet the legal requirements for severance payments they are supposed to make to their departing employees.

I’m sure those 260 or so workers would appreciate a gesture that is critical of Bank of America (http://www.bizjournals.com/charlotte/stories/2008/12/08/daily11.html), which says it has no legal or moral responsibility to pay for severance.

But those workers have been the focus of many political people who have tried to make supportive gestures in recent days. It would be easier to put together a list of people who have NOT made a statement. So will Blagojevich get lost in the political shuffle? 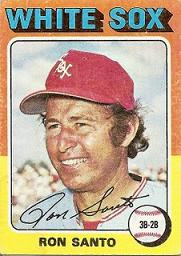 OH NOOOOOOOOO!: The difference between fans of the Chicago White Sox, and that other ball club (the one whose losing ways continually embarrass this city).

We got to hear all kinds of moaning and whining Monday that the Baseball Hall of Fame once again did not deem one-time Cubs third baseman Ron Santo as worthy of (http://mlb.mlb.com/news/article.jsp?ymd=20081208&content_id=3705945&vkey=news_mlb&fext=.jsp&c_id=mlb) admission. One doesn’t hear anything along the same lines from White Sox fans who might think that Dick Allen (who in 1972 had one of the best seasons ever by a Chicago ballplayer) or Jim Kaat are worthy of inclusion, or whose opinion of Santo is besmirched by the one year he played ball on the South Side.

Personally, I think Allen and one-time Boston Red Sox pitcher Luis Tiant are close to being worthy, but it’s not a travesty that neither got in this year. That’s also what I think of one-time White Sox outfielder Minnie Miñoso, who has been considered in the past, but didn’t even make it to the final ballot this year.

As far as Santo, I usually figure if a ballplayer is one of the best at his position when he played, he’s worthy of consideration. So when either of the Boyer brothers, Ken of the St. Louis Cardinals or Clete of the New York Yankees, gets into the Hall (and I don’t think either ever will), then I will seriously think that Santo might be worthy of inclusion.

LET’S MAKE A DEAL, POLITICAL STYLE: I wonder what life would be like if those stories in supermarket tabloid newspapers actually had truth to them.

While those publications can get the jump on a story about tawdry sex, their obsession with such stuff makes them absurd. So excuse me for noting that the National Enquirer and the Globe both are billing stories about likely Secretary of State Hillary Clinton and the sexual proclivities of her husband.

My search of the racks alongside the checkout counter at a Chicago supermarket told me that “Hillary Catches Bill Cheating, Again!” The competition tried to put Bill’s alleged infidelities into a public policy context, claiming that Clinton got the Secretary of State post by making a deal with President-elect Barack Obama.

Or, as the Globe tells us, “Hillary Promises Obama: I’ll Divorce Bill!,” which I think is about as likely as Ron Santo getting into the Hall of Fame sometime during his lifetime.