“I” word talk is getting out of hand 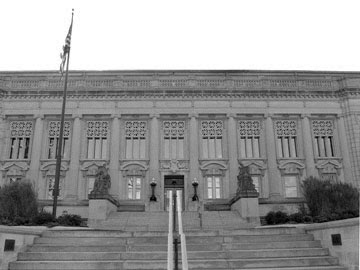 Illinois' high court refused to rush into a rash legal ruling to depose Rod Blagojevich from office. Photograph provided by State of Illinois.

Three cheers for the Illinois Supreme Court, which on Wednesday refused to add to the level of hysteria in Illinois when they did not automatically declare Gov. Rod Blagojevich “unfit” to fulfill his government duties.

The state’s high court did not give a reason in its two-sentence order rejecting the request made last week by Illinois Attorney General Lisa Madigan. But I’d like to think the court realized that the spirit of the law being used by Madigan in her staff’s legal motion was never meant to apply to Blagojevich’s situation.

SO THEY AREN’T even going to hear arguments, or even pretend that there’s a chance that Blagojevich qualifies as incompetent. He may be, but not in any medical context. That is the key to understanding Wednesday’s actions, which legal observers always considered a long-shot attempt at getting Blagojevich.

The laws in question are the ones to be used when a governor suffers some sort of a disabling injury. He may not be dead (so it’s not a simple matter of succession), but he physically can’t do the job anymore.

The last I saw, Blagojevich was jogging around the block (and boasting that he can do a mile in 8 minutes). He didn’t look comatose to me.

When combined with attorney Ed Genson’s appearance at the Statehouse in Springfield before the Illinois House committee that is studying impeachment, it became apparent Wednesday that Milorod is not going anywhere anytime soon.

IMPEACHMENT IS NOT going to be a simple process (in a democracy, it’s not supposed to be simple to depose a legitimately-elected leader), and it definitely won’t be a short one. And unless someone does an about-face and quits putting gubernatorial punishment at the top of their list of political priorities, it will be a long time before Illinois will get its replacement in the U.S. Senate for President-elect Barack Obama.

I feel like my commentary on the Blagojevich predicament is turning into (to use yet another cliché) a broken record. But nobody is using common sense when thinking about this issue. So I feel the need to rant once again.

Legislators and political observers who are making impeachment or some other form of gubernatorial punishment their primary focus are missing the point.

Blagojevich’s real punishment will come on that day in two or three years when the (likely) former governor will go on trial in U.S. District Court in Chicago. If the evidence is really as strong as U.S. Attorney Patrick Fitzgerald says it is (and has much of the public believing it is), then a jury will find the governor guilty of some criminal act.

THAT WOULD PUT a federal judge in a position to impose punishment.

If by some chance Genson is able to punch enough holes in the federal government’s case, then Blagojevich will be found “not guilty,” which would mean that any punishment by legislators would have been uncalled for.

What legislators ought to be doing is figuring out how a new senator for Illinois will be chosen.

Blagojevich signing into law bills aimed at helping autistic children is one thing, but it has become clear that any attempt by the governor to use the authority granted to him in state law to single-handedly pick a replacement for Obama will fail.

NO ONE WILL take that person seriously. They would be the butt of repeated jokes of having purchased their political office. And such a stink would leave the Democratic incumbent weakened in the 2010 elections, so much so that the weakened Republican Party of Illinois might have a chance at winning the election – no matter whom they nominate.

Now I know a lot of people, particularly those national observers who don’t really have a clue about Chicago (and probably were the types who wanted the all-New York presidential race of Democrat Hillary Clinton versus Republican Rudy Giuliani, with a third party candidacy by Mike Bloomberg) are getting all bent out of shape about the notion that a special statewide election will NOT be held to pick a replacement senator.

It was laughable watching MSNBC “flavor of the month” Rachel Maddow the other day try to harangue Illinois House Speaker Michael Madigan (who in that cheap cap standing in front of the Statehouse looked like the stereotype of a South Side Irish guy) for not giving the Republicans their way in having a special election.

What I don’t like about the idea of a special election is (aside from the cost) the time factor. Because it’s not just one election. It’s two – a primary and a general election.

DEMOCRATS AND REPUBLICANS (and the Green Party, now that I think about it) would have to put through a rushed process to pick nominees. Then they would have to go at it for a general election.

Meanwhile, all this time would be spent with Illinois one legislator short in the U.S. Senate. I’d rather see a scenario that gives Lt. Gov. Patrick Quinn the power to make an appointment. That is what is in Illinois’ best interest.

Now I don’t know for sure what is going through Blagojevich’s mind. I doubt that anybody outside of first lady Patti really knows what he’s thinking. After reading her crude (but incredibly accurate) quotes of what she said on wiretap tapings, I would think she’s miffed enough to refuse to tell anybody anything these days.

But I have been hearing enough to think that Blagojevich could be persuaded to let someone else fill the Senate seat, IF given something that creates the perception that he’s getting a break.

BUT THAT WON’T happen, because too many people are out for blood (and probably were grossly offended at Genson’s suggestion Wednesday that the state – ie, taxpayers – ought to pay for Blagojevich’s legal fees).

Now I realize that talk of impeachment is really just another political maneuver, and that the General Assembly has the legal authority to do whatever it wants – no matter how absurd.

But I’m starting to wonder (the one-time history student in me often does) how the likely activity of the next few months will be remembered some 50 to 100 years from now.

Will Blagojevich’s activities really be so egregious that a hard-line stance will be appreciated? Or is our Legislature headed for a series of over-reactions that will make serious scholars view the whole affair as a matter of political people letting their venom for a not-so-well-liked colleague run amok?

EDITOR’S NOTES: The newly elected U.S. Senate is likely to be one member short when (http://www.reuters.com/article/politicsNews/idUSTRE4BG7SQ20081217) it takes control on Jan. 6.

Although not directly on the latest activity, national pundit (and Chicago native) Georgie Ann Geyer tries to explain how Blagojevich fits into the big picture of politics (http://news.yahoo.com/s/ucgg/20081211/cm_ucgg/corruptchicagopoliticsalsoindireneedofchange) and corruption.
Posted by Gregory Tejeda at 12:01 AM