I have mixed thoughts when it comes to the notion that Gov. Rod Blagojevich owes it to the pe 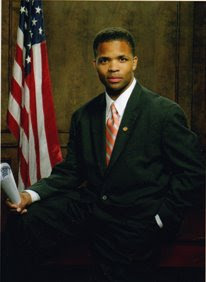 ople of Illinois (and the nation) to choose an African-American person when making his pick for the vacancy in the U.S. Senate.

I believe Rep. Jesse Jackson Jr., D-Ill., is the best-qualified person for the post. More than a decade in Congress from the far South Side and surrounding suburbs give him the federal perspective on issues, while his family background gives him the solid Chicago knowledge.

SINCE HE IS black, he would fulfill the notion held by some people that since Barack Obama is the only person with African-American racial background in the entire Senate, his replacement for the remaining two years on his Senate term ought to be, at the very least, a non-white person.

Yet I’m also realistic enough to know that Blagojevich is going to pick a replacement for Obama based on what solidifies his own political status (he desperately needs allies in high places). The namesake son of the Rev. Jesse Jackson would be way too independent to help the governor.

So he’s not going to get the appointment. 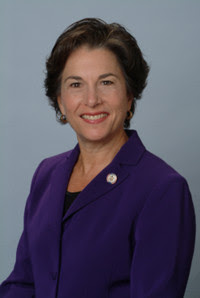 FOR THE RECORD, of all the names that I have heard discussed for the U.S. Senate seat from Illinois, two stand out. Jackson and Rep. Jan Schakowsky, D-Ill., who I still remember from her days as an outspoken legislator from Evanston in the Illinois House of Representatives.

I like the idea of a legislator who can speak her mind. And the thought that her appointment would “tick off” a few social conservative types is just an added bonus, as far as I’m concerned.

But I think Schakowsky has as legitimate a chance of getting Blagojevich’s support as does Jackson. Outspoken equals independent, which is worthless to Blagojevich.

I have written before that I think the two candidates with serious chances are retiring Illinois Senate President Emil Jones, D-Chicago, and Illinois Department of Veterans’ Affairs Director Tammy Duckworth.

BOTH WOULD PERCEIVE their political status as being totally due to Blagojevich, and therefore would likely be willing to publicly support the governor when people continue to insist he ought to be indicted in U.S. District Court.

And if he were to go with Jones, Blagojevich would satisfy the desires of those who want an African-American person in the post.

But Jones is an aging political person who is only available because he has retired from Illinois government following a 36-year career in public office. Which is why I’m starting to think that when Blagojevich talks up Rep. Danny Davis, D-Ill., in recent days, he’s throwing us a hint.

Davis would also allow an African-American person to be in the post.

YET I’M NOT sure that the West Side politico (a former county board member before moving up to Congress) is really the best qualified person our state can come up with to replace Obama.

I can’t help but wonder if Davis’ chances are being boosted solely because of his racial background.

Now I can understand why people would be concerned that the U.S. Senate could soon be entirely Anglo (there are a few Latino legislators in the Senate, but they’re all pale complexioned enough to be considered “white”). Both chambers of our Congress are better off if they have some sense of reflecting the makeup of the nation.

The House of Representatives has its share of African-American members because the districts break down by regions or certain neighborhoods, thereby allowing voters to pick someone who is close to their region.

IN THE SENATE, the members are picked statewide – which results in the Anglo majority of a state to overwhelm any other interests.

It is no accident that most states in the United States have NEVER sent an African-American person to represent them in the Senate, and that the bulk of the few black people who have ever served in the Senate have come from two states – Massachusetts and Illinois.

I’m not complaining that Illinois has produced both Carol Moseley-Braun and Barack Obama.

But I am wondering if there are people who are now going to start counting on Illinois to be one of the few places that can generate enough support for an African-American person to win a statewide election for the Senate.

WHY SHOULDN’T ILLINOIS try to advance the cause of Latino political empowerment (Rep. Luis Gutierrez, D-Ill.) or more women (Schakowsky). Either of those would advance the diversity of the Senate’s makeup as much as an African-American appointment would. Should Illinois really be the only place that produces non-Anglo legislators for Washington?

I’d hate to think that Illinois’ choices for a member of the U.S. Senate would be limited because most of the rest of the nation has yet to get over its racial hang-ups when it comes to political people.

EDITOR’S NOTES: The Chicago Sun-Times on Monday joined the parade of people saying Jesse Jackson Jr. ought to be named as the replacement for Barack Obama in the (http://cbs2chicago.com/politics/jackson.sun.times.2.877150.html) U.S. Senate. Which is probably all the more reason he won’t get the appointment.

Is Danny Davis really now in the running (http://thehill.com/leading-the-news/blagojevichs-slip-fuels-davis-speculation-2008-11-28.html) to be the new Senator from Illinois?

Illinois likely will not give the U.S. Senate (http://www.chicagotribune.com/news/local/chi-gutierreznov26,0,1555756.story) its third Latino member.
Posted by Gregory Tejeda at 12:01 AM

Tennessee could have made Harold Ford a US Senator. So could Georgia. Illinois and Mass may not be the only states to send a black person to the Senate, but it might take a while before that happens. On top of that I hope that they're the best to serve.