Is $6.50/hr for downtown parking meant to scare motorists out of the Loop? 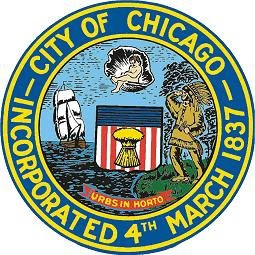 Whenever a government entity raises its tobacco tax, there usually is a concession that some people will quit smoking because they won’t be able to afford the increased cost of cigarettes – which is seen as a health benefit for society as a whole.

DO CITY OFFICIALS secretly hope that the idea of charging people up to $6.50 per hour when they park along downtown streets will discourage them from bringing their cars into the Loop, thereby improving the area’s traffic flow?

I’m not making that figure up. The City Council is expected to hold a special session Thursday to consider a measure that was rammed through a committee earlier this week – one that would turn over parking meters in the city from control of the Department of Revenue to a private company that would pay Chicago city government $1.2 billion.

Under the proposal being considered by the City Council, parking meters would get standardized rates, and rates would be increased annually. That is how meters that now charge about $0.25 per hour now will go up to $1 per hour come next month, and will be as high as the aforementioned $6.50 figure.

City officials tell reporter-types that they would want to use about half the money paid by the private company to balance the city budget for the upcoming year (the deal that was approved last month and included layoffs for more than 600 city employees).

I’M SURE CITY officials, including Mayor Richard M. Daley, like the idea of some private entity paying them a set fee, rather than having to rely on the ebb and flow of parking revenues for the next five years.

It allows the city to know exactly how much money it can expect from parking.

So what would the city care if the thought of such a high rate (it’s a good thing that modern parking meters take credit and debit cards, or else having to carry nearly $20 in small change for three hours of parking along a downtown street would weigh people down too much) winds up scaring some people away from driving their cars downtown.

The city still gets its money, and it becomes the problem of the private company to figure out how to achieve enough revenue to make operating the city’s parking meters profitable for them.

AND IF FEWER cars downtown means it is easier for people to move about on foot, then perhaps there is a plus for urban dwellers and travelers.

I have to confess something. While I enjoy downtown Chicago as much as anyone else, I can’t remember the last time I took my car down there.

One of the advantages of my current residence is that it is within walking distance of a train station that can take me to the Loop anytime I want to go there. Once there, the CTA continues to be helpful in getting about, along with the occasional taxicab (that is, if I can’t just walk there – that’s what legs are for).

I honestly don’t understand why anyone really feels the need to deal with the already-high prices of parking meters in the Loop, or those downtown parking garages whose rates also are going up.

IN FACT, ABOUT the only time in my life that I ever drove into downtown Chicago on a regular basis was back in my earliest days with the now-defunct City News Bureau of Chicago, where riding around in my car from assignment to assignment was part of my job, and my day always involved checking in with the “main office” in the old Jeweler’s Building at Wabash and Wacker.

That was about the only time I ever got parking tickets on a regular basis – finding a “legal” spot in front of the building so I could run in-and-out was difficult, so it became easier to just “take” the occasional parking ticket.

In fact, I recently used the Chicago Department of Revenue’s website to check my driver’s license number to see if I had managed to pay all those outstanding tickets.

As it turns out, I still have one ticket (from August of 1990) for parking illegally downtown. This particular ticket qualifies for the amnesty program the city is offering this month, and I probably will use that option to pay it off – mostly because I don’t want some overanxious city crew mistaking my car for one that can be “booted.”

MY POINT IN noting this anecdote is to point out the date – it has been just over 18 years since I last got a parking ticket. It may very well have been that long since I drove my own car into the downtown area.

If more people took my view on the issue, this activity would be a moot point. Some company would wind up regretting getting involved in a deal with city government because not enough people would be parking at meters for them to generate enough money to meet their profit margins.

My question? How much would parking have to decline for the deal to become a money-loser for a private entity, and for Richard M. Daley to wind up looking like a genius for taking the $1.2 billion up front?

EDITOR’S NOTES: New Year, Memorial, Independence, Labor, Thanksgiving and Christmas days (http://newsblogs.chicagotribune.com/clout_st/2008/12/aldermen-debate.html) will no longer be recognized as parking meter holidays, if a new deal is approved by the City Council on Thursday.

The next time you wonder why it always takes government so long to do anything (such as approve a new airport for the Chicago area), keep in mind that this parking meter privatization (http://www.suntimes.com/news/metro/1312003,chicago-parking-meter-privatize-approve-120308.article) did not exist publicly until this week. The City Council can act quickly when it is in their interest to do so.
Posted by Gregory Tejeda at 12:01 AM

Why is it that you can't even use the meters on wells st? they have been reserved for chicago's finest while they work to protect Mr. Obama's transition team? I guess they don't make enought to pay for parking like everyone else? You can't even use the Handicapped Parking on wells..wonder what the handicapped officers protect?