I have always known that reporter-types can be just as petty and political when it comes to office politics as anyone else in our society. The recently-completed battle f 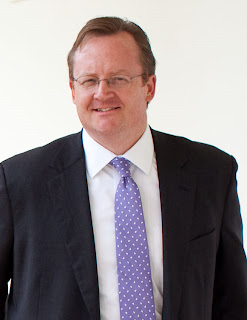 or the seating chart in the White House briefing room is nothing more than evidence of how petty things can get.

That briefing room is the part of the White House press room where the press secretary (for Barack Obama, it is Robert Gibbs) holds regular briefings that are supposed to be about regular dispersal of information about what the president is doing – but sometimes can become the only chance one has to talk to anyone in anything resembling an official capacity about what is happening to the news.

THE BRIEFINGS ARE so heavily staged by the presidential staff, counting on the fact that a reporter or two who thinks he’s engaging in tough, combative questioning will get all worked up and prevent anyone else from asking significant questions.

Which means if the press secretary can effectively dodge that one reporter, he can get away with saying as little as possible.

All of this is to say that while I have never been a regular member of the White House press corps, I have participated in enough staged events to know that these briefings aren’t all they’re cracked up to be.

Which is why I find it absurd to think that people were really fighting over who got to sit where in the 49 seats set up before a podium where Gibbs speaks on a regular basis to the press.

THOSE SEATS (SEVEN rows of seven seats each) are assigned to news organizations based on how large an audience they reach, which means every reporter is convinced that he (or she) must have as “prominent” a seat as possible – as evidence of how important his work is.

Hooey. While I understand that the closer one is to the press secretary (or the president himself) on those occasions when questions are being taken, the better it is that one will be called on, the quality of information that actually comes out of these briefings is so low that I wonder at times, “why bother?”

If anything, if I were a Washington correspondent, I’d probably want some sort of assignment that let me get out of the White House itself. Getting outside the building and rooting around the federal agencies that comprise the U.S. government is the best way to get stories.

Yet there are those who want to think their proximity to a president is their claim to fame. So we got serious fighting over who would get that front row, center seat – the one that is right in front of the podium.

WHITE HOUSE CORRESPONDENTS Association tradition always said it went to a wire service reporter with the most seniority – which was for many years Helen Thomas of United Press International. But when she left UPI in 2000 to go work for Hearst Newspapers as a columnist, she was allowed to keep that seat.

When she had to quit earlier this year on account of comments she made that appeared insensitive to the plight of Israelis (although anyone who had ever listened to Thomas, who is Lebanese, would know she has always had an interest in the concerns of Arabs), we got the infighting amongst the reporter-types, who want to say they’re now so important that their White House guy sits right in front of the president.

For the record, that prime seat goes back to the senior White House wire service reporter, which means the Associated Press now has someone sitting where Thomas once did (a thought that makes the old Unipresser in me want to wretch).

After some juggling around, Fox News Channel now gets a front row seat, making them equal to Cable News Network, and the three traditional television networks, ABC, CBS and NBC (the British wire service Reuters got the seventh and final front row seat).

IN READING ALL the sniping that has been taking place between Fox and Bloomberg Business News (the other outfit that thought they were entitled to a front-row seat), and even a bit from people on behalf of National Public Radio, I couldn’t help but be embarrassed.

It’s not like it’s going to matter much who sits where, for these briefings are conducted in such a fashion that the government officials (not just Obama, but every president before him) can say as little as possible.

Make it out so that each routine statement becomes an “event” in and of itself, and there’s a chance that the television cameras will pick up on it just because there is video of a presidential press secretary talking. It winds up pressuring everybody else into going along.

I can’t think anybody in the real world seriously cares, although I was amused by a few Internet commenters who seem to think the correspondents association should not have any say in who sits where in the White House – that this should somehow be a government decision.

THE LOGIC ALWAYS was that the government allocated a certain amount of space to the reporters, then let the reporters themselves figure out who occupies which cubbyhole and who sits where during the press briefings. I’d really hate to think that a president would get involved in something like this. So now we have the pompous boasts of Fox News that they’re a front-row organization, with Fox critics pleased they didn’t get the prime seat in front of the White House press secretary.

And for the record, the Tribune Co. (Chicago Tribune and Los Angeles Times) gets a third-row seat, second seat from the right – behind the New York Times, but ahead of the Washington Times, the Boston Globe and the Dallas Morning News, to name a few.

Meanwhile, the Chicago Sun-Times is placed in the fifth row at the far right, sitting behind Congress Daily and next to Fox Radio, but in front of the Dow Jones newswire.