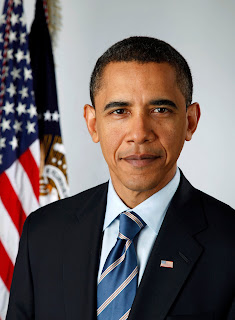 President Barack Obama is going about the nation partaking in fundraising events to help come up with cash for would-be Democratic allies seeking election (or re-election) come Nov. 2.

Yet I can’t help but wonder if Obama’s real concern is the next electoral cycle – the one in which he will have to seek re-election. Presuming, of course, that he intends to run for a second term as president.

OBAMA IS GOING around describing Republicans as the party of “No We Can’t,” claiming they are for nothing but obstructionism of policies that would move the nation forward – solely because he is the person making those suggestions.

Even his rhetoric with regards to a New York local issue-turned-national (a mosque that would be part of an Islamic community center located just a few blocks from the site of the one-time World Trade Center) seems meant to portray the GOP partisans as the ones out of touch with a sense of decency.

Now I know the Republican activists are getting all worked up. Various polls show they are the ones who are eager for Election Day to come so they can cast ballots in ways meant to show their opposition to Obama being president.

Of course, it’s not like most of those people were ever Obama supporters to begin with. In fact, various polls taken by the Gallup Organization during the past year show that Obama’s support among white people and black people remains at about the same level.

IT IS THE Latino segment of the population that has seen a drop, and that has nothing to do with anything the Republican partisans would view as favorable. Latinos are losing faith in Obama because many feel the president isn’t standing up enough to the GOP hardcore that seems eager to demonize everyone who isn’t like them.

Could it be that by defending the right of anyone of any religion to have a facility in Manhattan near the World Trade Center site, Obama is trying to appease the people who fit into that non-Republican group of people?

I know there will be losses in numbers following Nov. 2. It is standard that after a president gets elected, his opposition gets its act together and bolsters its numbers somewhat. When combined with the unique aspects of an Obama presidency that caused some people in our society to have their hangups about him from Day One, the losses may be larger than usual.

I’m sure that on a certain level, Obama and his aides are looking to minimize the losses suffered by nominal Democratic allies as much as possible.

BUT I REALLY believe the focus for the president is more on 2012.

For a part of me feels that he is confident that if the GOP partisans were to get enough control to start pushing through a blatantly partisan political agenda, the end result is going to be a populace that gets so turned off that it views him more favorably when he seeks re-election.

Former House Speaker Newt Gingrich, R-Ga., is trying these days to resuscitate his political reputation by trying to make himsel 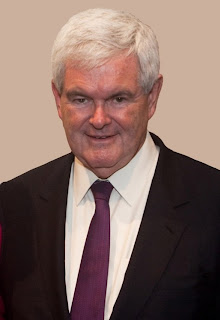 f a leader of the political movement against Obama-style politics. Yet Gingrich had the power once, and his place in history is not a positive influence.

If anything, people like Gingrich are the GOP worst enemy whenever they open their mouths. Because they confirm that Obama isn’t off-base when he says the conservative element is not in the mainstream of our society.

HOW ELSE TO explain Gingrich’s comments on a Fox News Channel program this weekend, where he tried trashing the idea of anything affiliated with Islam near the World Trade Center by comparing it to “Nazis…put(ting) up a sign next to the Holocaust Museum in Washington.”

Comparing all German people today to Nazis would be about as absurd as saying that all U.S. Christians are sympathetic to the Ku Klux Klan. The Klan, after all, thinks it is a Christian group promoting “American” values, yet sensible people realize that is ridiculous. Just like they ought to realize how ridiculous it is to think that Islam and its supporters worldwide are somehow reflective of the individuals who were involved in the activity of Sept. 11, 2001, and that there's no legitimate reason to restrict Muslims from any part of New York.

If anything, Gingrich is showing he hasn’t changed much. So why think that he wouldn’t blow it again like he did back in 1995 and 1996, if he were given any serious influence next year.

Insofar as the issue of an Islamic community center near the World Trade Center site is concerned, it is one that many people will come to see as no big deal, once we get past the campaign season and the need for conservative ideologues to rant and scream about the issue for partisan political purposes.

WHICH MEANS WE may well come to see that Obama’s rhetoric last week about the issue wasn’t completely off-base, and that the Democratic Party officials who desperately tried to back away from it (particularly Senate Majority Leader Harry Reid, D-Nev.) should have relaxed instead.

When the Republican partisans try to continue such rhetoric for the 2012 electoral cycle, I wonder if there’s a very good chance that the majority of us will be so tired of it by then that we may very well decide to vote against it by casting a ballot for a second Obama term as president.