Chicago ought to have room for another religion, we have so many here already

When it comes to the Islamic religion, we seem to be confused.

I couldn’t help but notice how Sen. Richard Durbin, D-Ill., went out of his way Monday to express his support for a Muslim community center in M 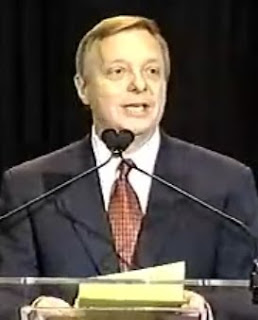 anhattan that would include a mosque located just a couple of blocks from the site of the one-time World Trade Center.

HIS SUPPORT, WHICH comes while certain other local political people such as Gov. Pat Quinn try to distance themselves from the issue, came on the same day that the Illinois State Police got hit with a lawsuit in U.S. District Court on account of the fact that they got persuaded to back off of a gesture that would have been seen as supportive of Muslims throughout the state.

All because there are some people in our society who want to view this religious faith as somehow being “too foreign” to belong in this country – which, if my history is correct, is what many people used to want to say about the Catholic church.

When it comes to the state police, it seems that this has become a case of someone being punished for not having a little more backbone.

It was earlier this year that the state police decided it could use a new chaplain, and they decided to hire someone of the Islamic faith for the post that helps the law enforcement agency’s employees cope with the stresses of their jobs.

SHEIKH KIFAH MUSTAPHA, who is with the Bridgeview-based Mosque Foundation, got the offer, only to have it rescinded when activists with religious hangups followed the lead of the Investigative Project on Terrorism, which tried to call Mustapha a person with criminal ties.

They went so far as to say he is one of “300 unindicted co-conspirators” in a federal case against the Holy Land Foundation for Relief and Development. That is a group th 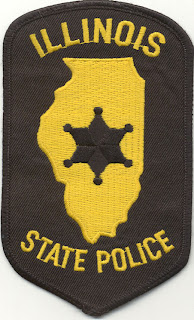 at describes itself as a charity with a special interest in the Middle East, although its critics say the money it raises ultimately winds up going – directly or indirectly – to groups willing to use terrorist tactics to promote their beliefs.

I don’t have any firsthand knowledge about Mustapha or his activities. I don’t know about the charitable organizations he has worked with. Although I can’t say that any of the people who have made various accusations have come up with any evidence that has swayed me to believe they know what they’re talking about.

So in line with the very American concept of a person being not guilty until proven otherwise, I am assuming for now that Mustapha hasn’t done anything wrong. Which makes the state police response to the accusations seem weak, similar to how President Barack Obama’s staff had an initial reaction to Agriculture Department staffer Shirley Sherrod that assumed she must have said something inappropriate.

AFTER ALL, ACTIVISTS for the far right said so. It didn’t turn out to be true then. What about now?

Which is why I will be curious in seeing what becomes of the lawsuit filed by the Chicago chapter of the Council on American-Islamic Relations, which argues that the state police action amounts to discrimination based on race, religion and ethnicity, and also claims his First Amendment rights to freedom of expression were violated because it presumed guilt by association.

It just seems like too many people are willing to believe the worst when it comes to people who are Muslim, which winds up making us as a society look petty and weak. Personally, just about every Muslim I have ever met (for that matter, every Arab – regardless of religion) either came to this country or had parents who came to this country specifically because they wanted to get away from the crazed fanatics in their homeland whom we all admit are a threat to our society.

It makes me wonder why Arabs aren’t regarded as being similar to Cubans – where our common distrust of Fidel Castro and his regime results in them getting preferential treatment when it comes to their entering the United States, then settling in to our society. It just reeks too much of religious bigotry to be taken seriously.

WHICH IS WHY I was also glad to learn that Durbin was willing to take a favorable stance, unlike Quinn (who says Muslims should be respectful of those people with religious hangups against them) or Mayor Richard M. Daley (who tries to turn the issue of a Manhattan mosque into one of why a memorial to the Sept. 11 dead has not yet been erected).

Durbin on Monday told the City Club of Chicago about how religious freedom has to be respected for all. He even recalls the one item that still survives physically from when his grandmother and mother came to the United States from Lithuania nearly a century ago. It was a Catholic prayer book printed in the Lithuanian language, which was considered a criminal possession in their homeland back then.

People back then came to this country out of a belief that they would be left alone in certain areas to live their lives. That is a similar belief many of these newcomers have today, even if they don’t come from the same places or have the same beliefs of the early 20th Century.

That evolvement of our nation and our society must not be interfered with. Because it is that tolerance of all that ultimately gives our society the moral high ground that we so often like to boast about.