Jesus Garcia is trying for a political comeback, but the conditions under which he is running show t 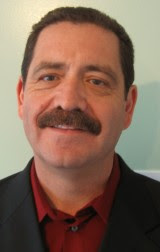 hat little has changed about the ways of Chicago politics.

The one-time alderman back in the days of Harold Washington who later served in the Illinois Senate hasn’t held elective office in 11 years. But now, he’s going for a seat on the Cook County Board.

“CHUY” GARCIA WANTS to replace Joseph Moreno, whom some people think has become too cozy with the political establishment at the expense of the majority Latino population whose interests he is supposed to be representing.

The reality of Latino political officials in Chicago is that they don’t all think alike. In fact, there is a serious split in the approach that officials of Latino ethnic backgrounds take toward how they serve the constituents of the Mexican- and Puerto Rican-based neighborhoods of the city.

It’s not Mexican versus Puerto Rican. It’s Daley versus non-Daley.

Or, establishment versus activist. 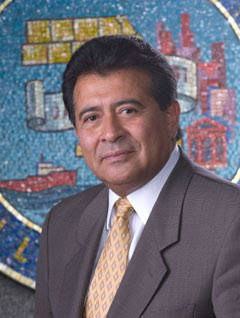 t of the city’s establishment. In short, by becoming someone who is aligned with Richard M. Daley, which means Hizzoner Jr. will be inclined to include Latinos when splitting up the city “pie.”

There are other officials who believe that Latinos need to stand up for ourselves, and that we need to fight against the political establishment. Which means Latinos need to realize that Daley is the problem (similar to how former President Ronald Reagan once told us that “government IS the problem” rather than the solution to problems.

What is comes down to is that some Latino politicos are for Daley, while others are against. Come Election Day, it invariably turns out that the establishment Latinos work to try to get some of their friends elected in place of activist Latinos, while Latino activists try to dump on their establishment-oriented ethnic brethren.

That was what happened back in 1998 when Garcia lost the Democratic primary for re-election to his Illinois Senate seat. Garcia is perceived as an activist-type Latino, and the establishment types found Antonio Munoz to run against, and beat him.

NOW, GARCIA IS being used as an activist Latino candidate who hopefully can beat someone that activists are upset with for backing the establishment.

In this case, the activists are upset with Moreno because he was one of the five county board members who consistently voted in support of President Todd Stroger during the summer and autumn months when officials kept trying to repeal the county portion of the sales tax increase that had been approved one year earlier.

Getting too close to Stroger has some people thinking that Moreno is not fit to represent Latinos on Chicago’s Southwest Side neighborhoods.

In fact, two of the leaders of that tax repeal effort went so far Wednesday as to formally endorse Garcia, who has worked for various activist and community organizations in the Little Village neighborhood during the 11 years that he has not held elective office.

COMMISSIONERS LARRY SUFFREDIN and Forest Claypool, considered two of the more activist members of the Cook County Board who were most outspoken against Stroger and the sales tax issue, both said they want Garcia in office.

“For almost 30 years, people have turned to Jesus Garcia for help in hard times,” said Claypool, in a prepared statement. “County residents deserve a fighter like Jesus Garcia on the county board who will put their needs first.”

But it also would help if the two Latinos on the county board were to be aligned on a more activist mode.

For that is the current situation. Moreno and Edwin Reyes are the two Latino members of the Cook County Board, and they were consistently split on the sales tax issue – Moreno supported Stroger while Reyes opposed him.

BOTH WOULD CLAIM they were sticking up for the interests of lower-income Latinos – Moreno by saying that the money was needed to pay for county public health services and Reyes by saying Latinos could use a lower sales tax when they shopped.

That was even the case before Reyes was appointed to the county board in autumn. He replaced Roberto Maldonado, who was consistently opposed to Stroger on the sales tax issue before he gave up the county post to become a member of the City Council.

So if Garcia is able to win election to the county board in the upcoming election cycle, it would be an interesting story of a political comeback. But in another sense, it would be just the latest example of Latinos fighting amongst ourselves for the most effective way in which to represent the interests of the ethnic populations that account for more than a quarter of the overall city.

Do you read the newspapers? Who has been supporting TODD STROGER faithfully for years, and supported continuing the SALES TAX? That has been JOSEPH MARIO MORENO.

Who has been alleged to have had a CLOUT LIST of some sort, and has BOTH HIS BROTHER AND SISTER ON COUNTY PAYROLL? That person is JOSEPH MARIO MORENO.

DOES THAT MAKE THINGS A LITTLE CLEARER? I READ THE PAPER, YOU SHOULD, TOO.

all i have to say about jesus chuy garcia is that why would someone want him for Cook County Commissioner - 7th District,when he be covering up his son samuel garcia "samy" aka "gambino" crimes who is a 26"gang member from little village. who knows what other coverups he would do if he becomes commissioner. someone should look at that meaning to the shooting his son was involved on july 31,2010 0n 24th pl and keeler.