What does an endorsement mean? 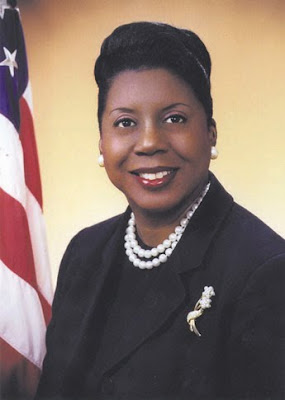 Do I think there are thousands of potential Chicago-area voters who are now going to rush right out and cast their vote for Cook County Board president based on what Reps. Danny Davis or Luis Gutierrez, both Illinois Democrats, said on Thursday?

Yet that didn’t stop the two men who represent Chicago in Congress from issuing statements telling us who they think should replace Todd Stroger.

That’s the key. Neither man is backing the Son of John.

Davis thinks we should support Dorothy Brown, while Gutierrez gave his backing to Toni Preckwinkle.

NOW I DON’T think either man i 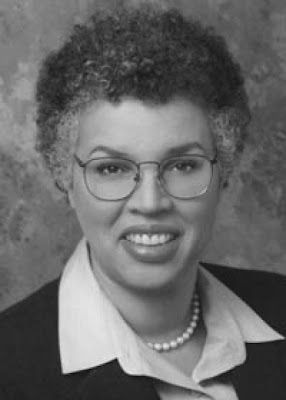 s all that interested in how the electorate is going to vote. What I mean is that they’re really not trying to influence the turnout.

What an endorsement like this is really about is a government official willing to take a gamble that they are picking the eventual winner. Meaning, that Davis fully expects the county’s circuit court clerk to make the move up to county board president. Which is also why people like Richard M. Daley rarely make such endorsements. He’s afraid of picking the wrong person and developing an enemy.

When Brown winds up holding that position of great authority (which some local political observers have been known to refer to imformally as the “mayor of Cook County”), Davis wants her to know that he was among her early backers.

Which really means he’s going to want to know that he can count on her to do his political bidding on local affairs.

WHAT IS INTERESTING is that Davis has taken the factual data that has cropped up thus far and come to the conclusion that Brown will be the county board president. That same information was made available to Gutierrez, who apparently interpreted it differently.

He’s banking on the fact that there will someday be a “President Preckwinkle” working out of the fifth floor office located down the hall from the Cook County Board chambers.

Who knows something that the other person doesn’t? That is the question we will be pondering for the next month-and-a-half until the Feb. 2 primary election.

There has been one poll of significance thus far in this campaign – the one commissioned by the Chicago Tribune so they could write stories that could try to influence the course of the electoral cycle.

THE PUBLIC SPIN put on that poll early on was that incumbent Stroger was lagging in third place in a four-candidate field. That means Brown and Preckwinkle are the numbers one and two candidates respectively.

But with a significant number of undecided voters remaining, no one should assume it is impossible for Preckwinkle to close the gap that she faces, provided she can put some energy into her campaigning.

There are those who wonder if she’s a tad too boring, and possibly Hyde Park-ish, to appeal to the bulk of Chicagoans.

For his part, Davis said that Tribune poll motivated him to make his decision, although he said the results matched up with two polls he commissioned as well. Davis is the guy who put aside his own desires to be county board president so as to reduce the chances that he would split the black vote up and enable a white guy to win the post.

SO I’M SURE he is viewing his endorsement as bolstering the leading African-American candidate’s chances of success.

Could Gutierrez be thinking just the opposite, hoping that his selection helps persuade many Latinos to start thinking of Preckwinkle as their preferred candidate?

Preckwinkle seems to hope so.

In her statement announcing Gutierrez’ support, she touts him as the “highest-ranking Hispanic elected official,” hoping she can repeat the Barack Obama formula of a variety of voters of all the ethnicities and races will come together to move her up to the county board presidency.

I BRING THIS up because while she may be trying to appeal to many of the same Chicago-area people who were smitten with the presidential bid last year of Barack Obama, she doesn’t necessarily have his same personable quality that enabled him to capture the emotions of the voter the way he did.

She may be from Hyde Park and may once have been Obama’s alderman, but that doesn’t mean things will automatically transfer over.

But then again, back in the ’08 Democratic primary season, Illinois was one of the few places where Obama won the Latino vote (remember how much we loved Hillary for awhile?). That was done with Gutierrez’ help.

Could the Preckwinkle bid turn out to be a political encore for Gutierrez? If so, then a Preckwinkle victory would mean some serious favors owed to the Congressman, which is what these kinds of endorsements are truly all about.