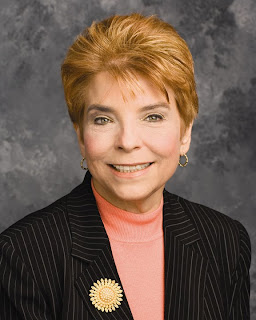 The American Federation of State, County and Municipal Employees local that covers state government workers made public their endorsements, and much attention is being paid to the fact that the union picked Alexi Giannoulias for U.S. Senate, but chose to back nobody for governor.

CONSIDERING THAT ILLINOIS Comptroller Dan Hynes has been counting on the notion that organized labor will boost his campaign to victory in the Feb. 2 primary, that has to hurt (particularly when combined with the fact that a Chicago Tribune poll shows Hynes getting his butt kicked by Gov. Pat Quinn.

But the endorsement for Topinka was the one that caught my eye.

Like most labor unions these days, they tend to prefer Democrats in elective office (similar to how the business-oriented groups all want Republican officials).

All of the AFSCME endorsements made public this weekend are for Democratic officials (although no political observers are getting excited about the idea that the union wants Bobby Rush to win another term in Congress).

The lady from Riverside who always has been considered something of a loose cannon by her GOP colleagues received the endorsement of the AFSCME in her bid for Illinois comptroller.

What makes it interesting is that the union also gave an endorsement to the bid of state Rep. David Miller, D-Lynwood, who wants the Democratic Party’s nomination for Illinois comptroller.

So the labor union is telling us that this would be the one campaign where it might be permissible to consider voting for a Republican.

IT HAS ME wondering if some Democrats are conceding that it is highly unlikely they’re going to continue to win every single state constitutional office, so this is the post they’d be willing to sacrifice.

After all, Topinka as a state senator and as Illinois treasurer has a record of being as reasonable as any Republican can be – at least as far as Democrats are concerned.

But I wonder how long it will be until Topinka’s Republican primary opponent, Jim Dodge of suburban Orland Park, starts letting us know about this endorsement. For having a perception of being sympathetic to the interests of organized labor can be the literal kiss of death for a Republican candidate.

Did AFSCME unintentially do some serious harm to the Topinka camp by giving her their support?

WILL THOSE SAME Republican supporters who hated the idea of Topinka as their political party’s gubernatorial nominee in 2006 use this as a reason to deny her a political comeback?

Considering that this is a political campaign where the conservative ideologues are convinced that the name “Blagojevich” means they don’t have to compromise anything when it comes to picking candidates for the general election, it wouldn’t surprise me in the least.

For those of you who want to think that the electorate has enough sense to see through such a shallow logic, consider that these are the same people who got fooled by that video clip four years ago of Topinka dancing with George Ryan.

This could easily be twisted into something equally "sordid" in the logic of electoral politics.