What is Vallas thinking?

It has always been rumored that Paul Vallas, the one-time Chicago Public Schools boss who exiled himself from Illi 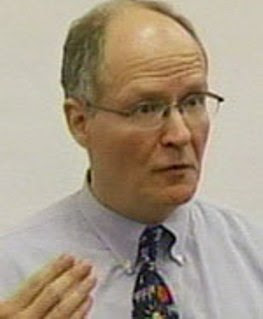 nois after losing a 2002 Democratic primary bid for governor, would someday return back home and try to make himself relevant on our city’s political scene.

Yet the man who has in recent years headed school systems in Philadelphia and New Orleans (and now is head of the Louisiana-run Recovery School District) seems to have a funny way of trying to make friends who would enable him to return home someday to a position of significance.

MOST PROMINENTLY, VALLAS contemplated running for the Cook County Board presidency – as a Republican – in the upcoming Feb. 2 primary.

As things turned out, Vallas elected not to turn himself into a member of the GOP (I wonder how many Republicans would have ever trusted him, but that is subject material for another day’s commentary). Earlier this week, it appears that he now thinks of himself once again as a Democrat.

It was on Wednesday that Chicago’s former inspector general, David Hoffman, made it known that he has Vallas’ endorsement in the same Feb. 2 primary – Hoffman wants to replace Roland Burris in the U.S. Senate.

Which means Hoffman is the candidate who thus far hasn’t gained much traction among Democratic primary supporters – most seem to be favoring the candidacies of Illinois Treasurer Alexi Giannoulias or Chicago Urban League head Cheryle Jackson. (Jacob Meister may have his name on the ballot, but his campaign has become so fringe I have trouble seriously acknowledging it).

IN FACT, ABOUT the only people who seem to take Hoffman’s candidacy seriously are those Republican sympathizers who like the idea of someone with a record of rooting out improper activity at City Hall.

Not that any of those people would actually deign to vote for Hoffman come next month – they’d rather have “one of their own” from the Republican Party, perhaps one whose ideology will more blatantly apease their conservative-leaning thoughts on issues.

So that is where Vallas has put himself. He’s backing the candidate that doesn’t seem to have much backing amongst his so-called partisan allies in the Democratic Party.

It makes it seem that Vallas is engaging in some sort of political hissy fit – still bitter about losing to Rod Blagojevich (who if I recall right won that ’02 primary because he convinced a significant number of rural Illinois Democrats that he was the best choice to be Illinois’ chief executive rather than Vallas or Burris).

IN FACT, HOFFMAN played off the memories of that ’02 primary when Democrats were trying to pick their first successful gubernatorial candidate in 26 years.

“I doubt I’d be standing here today running for the U.S. Senate if Paul Vallas had become governor of Illinois in 2002 instead of Rod Blagojevich,” Hoffman told reporter-types earlier this week. “Pay-to-play, the culture of corruption, the stain on this very Senate seat, we would not be talking about these things had we elected … Vallas.”

Instead, we get the sense of a person in Paul Vallas who is more interested in getting some sort of petty grudge settled by refusing to back other candidates who might be a bit more credible in this particular campaign.

Now I realize that every person has the right to support whomever they want and to make that support as public (or private) as they so choose. It would be un-American for me to say that Vallas ought to be silenced on who he wants to support in this election cycle – even though I’m not sure if he can even vote in our elections this time around.

AFTER ALL, HE is a former Illinois resident, even though I understand his family remains in the Chicago area and he has always made it clear he plans to return to the metropolitan area some day.

But for now, he’s the guy who’s trying to make sense of the school system in the New Orleans area, which was devastated along with the city back in the days of Hurricane Katrina (did that really occur more than four years ago?)

I’d like to think that his interests would be better served by focusing on his current circumstances, rather than trying to influence our circumstances before he’s fully relocated himself back to our midst.

Paul Vallas, who once was a budget director for Mayor Richard M. Daley, built himself a local legacy for the work he did in the 1990s to revamp the struggling Chicago Public Schools system

WHILE IT WOULD not be accurate to say he totally fixed the system (no one man could do that), he definitely gave it some seriously-needed kicks in the heinie to get it moving in the right direction when it comes to trying to provide the city’s schoolchildren with the tools they’re going to need if they’re going to take our city forward in future decades.

If Vallas were to depart this Earth, so to speak, in the near future, that would be the lede of his obituary. I’d hate to see him turn that legacy from one of an educator to one of a political crank with a few unwisely-chosen words such as these expressed this week.

EDITOR’S NOTES: Paul Vallas says he supports David Hoffman for U.S. Senate from Illinois because of his (http://www.chicagotribune.com/news/elections/chi-vallas-backs-hoffman-31dec31,0,2073274.story) “refusal to be bullied and intimidated.” Some interpret that as not quite (http://www.chicagoreader.com/TheBlog/archives/2009/12/31/paul-vallas-endorses-david-hoffmanthen-points-out-his-flaws-and-praises-his-opponents) a positive.

Vallas still has some work (http://www.rsdla.net/Home.aspx) to complete before he returns his focus to home.
Posted by Gregory Tejeda at 12:01 AM

WOW! The duo that had familly members on Blago's "Clout" list - Alexi's brother & Jackson's husband - are the best you have to offer. Meister who is the only outsider talks about "jobs, job, jobs." Has a comprehensive jobs and economic plan, spoke up for the LGBT community over DADT and he's "fringe". What planet are you from?