The first product of City Hall and the Statehouse Scene in Springpatch to win a U.S. presidential election takes the Oath of Office in just a few hours.

Tuesday is the day that Barack Obama gets to drop the “-elect” from his title, and gets to challenge Hank Aaron and Reggie Jackson for being the biggest name associated with the number “44.”

YET ON THIS day, all that I as an observer of the Statehouse and City Hall scenes can do is think back to the past for one last dose of reminiscing about just how it came to be that Obama rose to a position where the electorate would take seriously the thought of him as President of the United States.

Now I know the real hard-core political people, particularly those who realize that the neighborhoods of the South Side are not to be ignored, can tell you stories about community activist Barack, or socially-concerned Obama when he chose to bypass the law firms that could have made him a wealthy junior executive and instead chose to be the type of attorney who did “poor people’s law” on behalf of the public.

I’m not one of those people.

The first time I became aware of the existence of Barack Obama was back in the spring of 1996. I was a Statehouse-based reporter-type in those days, and I heard stories in Springfield about this newcomer who had the nerve to get an incumbent senator kicked off the ballot so he could have her seat in the state Senate. 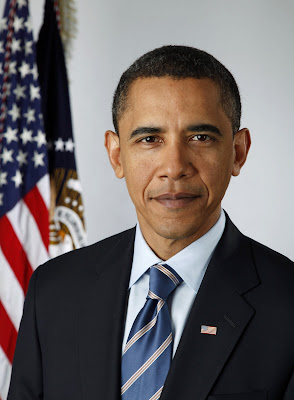 This is the official image of new President Barack H. Obama, who is now the first Chicagoan who gets to live (instead of merely work) in the White House.

MY UNDERSTANDING IS that Alice Palmer is still miffed that her public service career ended with Obama getting her knocked off politically because she submitted sloppy nominating petitions that her staff rushed to put together because she had originally spent considerable time thinking about running for Congress.

In the world of Chicago politics, giving an incumbent a pass for something that would have been used to kill a political dreamer before he could drift off to sleep would have been considered common courtesy.

In the world of goo goo politics, letting her remain on the ballot then trying to engage her in high-minded political debate on “the issues” would have been the thing to do.

Instead, Obama went for the kill, showing he was never as wimpy a liberal as some of those social conservatives tried to make us believe during the general election campaign season last year.

PALMER, WHO CAMPAIGNED openly for Hillary R. Clinton in Illinois and northwest Indiana, made the mistake of thinking that Obama would get out of her way for her legislative seat after realizing there was no way she could win a seat in Congress in the 1996 elections. For Obama, his political “mistake” was not coming to the same realization as Palmer when he challenged Rep. Bobby L. Rush, D-Ill., a few years later.

It was 2000, and in the first year of the millennium, Obama took on Rush in the Democratic primary for the first congressional district of Illinois. It was a district that long represented the African-American majority of Chicago’s South Side.

Winning it would have put Obama in a political legacy with people like Harold Washington and Bill Dawson, both of whom had a streak of viewing themselves as representing black peoples’ interests in Washington.

And Rush managed to clean Obama’s clock by peddling the image of an Ivy League elitist who didn’t understand black people (and probably wished he could be white instead of merely bi-racial).

IN SHORT, THAT was the election he lost because he was NOT the kind of person whom the conservative activists last year tried to make him out to be – the “black power” type who takes literally every single word that came from the mouth of his long-time preacher – Jeremiah Wright.

That experience molded him in a sense of realizing he would have to turn his bi-racial, exposure to many classes of people, background into a plus. Instead of thinking he could build up overwhelming support among any one group and ride that to victory (which is what many of our local political geeks do), he was going to have to reach out to get votes from many types of people.

I have always thought Obama’s ability to do just that is the reason why he, instead of any of the other people who populate the Chicago and Illinois political scenes, was able to rise above the ranks of our local politics and become a credible presidential candidate.

Not that I’m claiming I knew way back when that he would be president some day. I still remember the 1988 presidential dreams of Paul Simon. The senator from Southern Illinois was respected, but his campaign caught the imagination of no one outside of Illinois. With a couple fewer breaks, Obama's '08 campaign could easily have turned out the same.

WHEN I FIRST met Obama face-to-face on the day in January 1997 that he became a state senator, my impression was of an intellect that would take him up and out from the Statehouse scene. But President? Maybe a president will pick him someday for a Cabinet post (Attorney General Obama? Shows you how little I know).

But I don’t think it is possible to predict with any certainty just which of our political geeks ought to be taken seriously when it comes to presidential aspirations. There are just too many factors that have to break any given way for the event to occur.

Take into account that some people used to take seriously the notion that Rod Blagojevich would someday be a U.S. president (or at least a Democratic Party nominee). Does anyone outside of Milorod’s mindset still harbor such delusions?

So the fact that the White House will now be staffed with many people who gained their experience working at City Hall and the Statehouse is not the only reason that Chicago political observers will see a familiar tone to the antics that will now take place in and around the Oval Office.

LEARNING TO PLAY hardball politics in the Second City has molded him in a way that will seem familiar to anyone who has ever spent time at City Hall, although I think his intellect and personality will make him more than just a carbon copy of “Richard M. Daley does D.C.”

Despite this moment of reminiscing, I am not likely to be among the people parked in front of a television intending to observe every single second of “the event,” followed up with tons of analysis about the significance of what I just saw.

As it turns out, I am a freelance writer who scraps together various writing assignments in hopes of bringing in enough money to earn a living. On Tuesday, I will be chasing stories for a suburban newspaper about upcoming elections for municipal office.

In short, my attention will be on the future. Because that is when solutions to the problems our nation faces will have to be discovered. An Obama victory last November means little if his term turns into a big fat nothing.

PERHAPS THAT IS something everybody ought to keep in mind as they watch Obama take the oath of office, try to utter the inaugural address phrase that puts him in the history books alongside John F. Kennedy, or dances a waltz with first lady Michelle at one of the many balls at which he will make a perfunctory appearance.

Tuesday’s festivities are cute. But the majority of voters chose Obama over John McCain because they want him to try to dig this country out of the mass they perceive it is in due to the antics of departing President George W. Bush.

If he fails, it won’t matter how inspirational his words were, how lovely Michelle’s evening gown was, or what it was that Sasha said or did that struck the nation as cute but which she will find forevermore embarrassing when it is thrown in her face 20 years from now.

EDITOR’S NOTES: Here’s hoping on behalf of Chicago political observers everywhere (http://www.usnews.com/articles/news/campaign-2008/2008/04/11/obamas-years-in-chicago-politics-shaped-his-presidential-candidacy.html) that Barack Obama doesn’t do something during the next four (or eight) years in the White House that specifically reflects badly upon the Second City.

Some people know how (http://latimesblogs.latimes.com/washington/2008/04/once-obamas-men.html) to carry a grudge.

Before he became the man who helped turn Roland Burris’ Senate appointment into a racial issue (but long after he was a Black Panther), Bobby Rush was the man who gave Obama (http://www.nytimes.com/2007/09/09/us/politics/09obama.html) a political whuppin’ that made him a better candidate in the future.
Posted by Gregory Tejeda at 12:01 AM

AMBITIOUS...YES! ...SINCE Oxy college
Pricipled ? ? perhaps..
Socialist ? ? we will see


"Progressive" used to mean socialist when i was younger...and when you check the Transition Team website.. you find the 3 branches of Govt. all at the same level...reporting to the non=human constitution. Again not the way I learned Poly Sci years ago.