As one who has some respect for the actions taken by George Ryan during his one term as governor (I think his death penalty actions were the right thing to do), I’m n 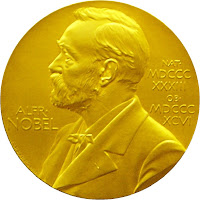 ot sure what to think of the people who are trying to take actions with regard to the rest of his life.

I’m inclined to think that the people who now expect President Barack Obama to grant him a commutation of his prison sentence after former President George W. Bush refused to do anything for him are the more ridiculous of the batch.

BUT THEN AGAIN, the people who continue to push the notion that Ryan ought to receive the Nobel Peace Prize may also be the modern-day version of Don Quixote – spending their time at a cause that is pointless.

With regard to the idea that Ryan ought to be released from prison now, even though he has a little more than four years to go before he qualifies for early release, it ain’t gonna happen.

I thought it was the longest of long shots that George Bush would do anything for Ryan. I ce

rtainly don’t understand why anyone thinks Obama would have anything to gain by taking any action on Ryan’s behalf.

I always figured that Ryan’s activity with regard to the death penalty was so opposite Bush’s attitude on the issue, and the fact that Ryan backers are the Republicans most inclined to look down on the legacy of George Bush the younger, that he wouldn’t feel any particular reason to get involved.

In fact, Bush the younger didn’t feel compelled to do much of anything with regard to the presidential perk of last-minute clemency power. “Scooter” Libby didn’t get the pardon that conservative observers expected, even though now-former Vice President Dick Cheney says he thinks his presidential partner erred on that issue.

The only last-minute bit of clemency Bush gave was totally in character. He released from prison two Border Patrol agents who had become a cause celebré for the far right – the two agents fired shots across the U.S./Mexico border and killed someone, then tried to cover up their actions.

But the conservatives want to believe the agents were the victims who were wrongly sent to prison just for opening fire on some foreigner who probably shouldn’t have been near the United States to begin with.

WITH THAT PERSPECTIVE being the kind of case that draws Bush’s attention, what chance did Ryan ever seriously have? It is about as good a chance as he has of now getting Obama to do anything.

The fact is that if Obama were to want to do anything for Ryan, he’d have to act promptly (as in some time in the next couple of days). He’d have to take action to free Ryan from prison so early in his presidential term that maybe there’d be a chance that the public would forget about it by 2012.

But considering how vociferously Ryan’s critics will act to ensure that anything connected with his name becomes public knowledge, Obama would still have to take a hit.

I suppose Obama could wait until the final days of his current presidential term (early January 2013) to free Ryan. But what would be the point? That is so many years down the road that Ryan might as well serve his entire prison term.

THE FACT IS that Ryan is most likely to go free on Independence Day – in 2013, that is. That is the date that the Bureau of Prisons is tentatively set to release him, assuming he survives that long (he’s currently 74) and manages to qualify for all of his early release time.

Then, there’s the prospect of the Nobel Prize, where academics affiliated with the University of Illinois in Urbana have once again nominated him. They are again saying that his hard-line stance to act against capital punishment in Illinois even though the political establishment was determined to do nothing but maintain the status quo (which was flawed) was a noble gesture worthy of the Nobel medal.

When the idea was first proposed in the days after Ryan retired from Illinois politics (but before he was convicted and sent to prison), the idea had a slim chance of being successful.

There was the notion that just the year before, former President Jimmy Carter had received the Nobel for his life’s work in trying to promote peace in hostile nations throughout the world, out of the belief that the Nobel committee was trying to make a gesture against George W. Bush.

BECAUSE CARTER’S VIEWS on the issue were so opposite that of Bush, it was seen as a symbolic statement against the former president.

Would the Nobel committee be willing to make gestures against Bush two years in a row – this time using Ryan to show how much other parts of the world look down upon the parts of the United States that insist on maintaining a capital crimes statute?

As it turns out, they did not. They had more important issues to deal with, and have continued to have them every year since.

There’s also the fact that the president they would supposedly have been making a gesture against is now gone, and is largely considered to be discredited in the eyes of many across the nation and around the globe.

IT’S ALMOST LIKE a Nobel Prize for Ryan now would be a wasted gesture.

And it might be almost as ludicrous an idea as the one that Obama would waste any of his political honeymoon period to do a favor for George Ryan.

EDITOR’S NOTES: Will Barack Obama show sympathy for George Ryan, or will he take the same attitude (http://www.dailyherald.com/story/?id=266425) that the Illinois Senate took toward Ryan’s desire for them to approve a death penalty reform package he could sign into law – the Legislature chose to do nothing.

This will be the sixth time that University of Illinois officials have pushed for George (http://www.upi.com/Top_News/2009/01/23/Imprisoned_governor_nominated_for_Nobel/UPI-72931232729952/) Ryan to get a Nobel prize. In what was possibly the one year a Ryan bid would be taken seriously, the former Illinois governor lost out to former President (http://archives.cnn.com/2002/WORLD/europe/10/11/carter.nobel/) Jimmy Carter.
Posted by Gregory Tejeda at 12:01 AM

I speculated that Bush would give classified pardons.

I don't see any reason he wouldn't do this on issues pertaining to torture.

The pardoned get letters saying they are pardoned that they can invoke if and when they are prosecuted.

misteThere was a real chance that Bush would give clemency to Ryan. That is related to his personal attitude to compassion and to his republican values and to his family values.

But George Bush failed by not having the courage to go against the mainstream, nor against powerful politicans in his party. The courage Ryan had when he closed death row in Illinois exceeds that of George Bush. This Bush will have to live with now. He had the possibility and failed to use it.

Ryan is today a human being in need of compassion, but he is also a true real justice advocate who was trying to fix the broken US justice system, where innocents are imprisoned and where flaws happen every day. For doing this, he was crushed by his party and then increasingly crushed by the democrats, who needed a scapegoat to attack the republicans on the general Illinois corrupt policy situation - a system well known in both parties and a system still exisiting in Illinois, but even worse in other states still.
For his heroic stand against the death penalty Ryan was crushed by the same flawed justice system he was trying to fix.

He became lonely in his personal striving for real human rights, not only words.

Ryan was used as the scapegoat for other politicans in wish of more power. Ryan personally is quite another person. He is a person of great wisdom and patience, and he loves his wife and his family and more than this, he cares about human right and values, and he understands that abolishing the the death penalty in this world has an international perspective, broader than the dirty local Illinois quarelling policy by all the american doubletalkers, who have failed all the way.

if Obama will survive and follow and keep his inner love, we dont know yet, but he is worth being given a chance to show his real human values.

George Ryan will not be broken down, even if he is living a hard and terrible life right now, because he dared to stand up for human right and show the way for US and the world. He will emotionally survive, because he has an inside spirit of light and he knows that he is suffering for his courageous acts to try to fix a broken system - a system that I personally dont think cannot be fixed, but has to be ended. But he is the hero because he tried to live up to a greater vision, and he dared to stand up alone, while all the other american cowards were hiding and sleeping, hoping for personal power.

George Ryan has started a process, that will never die. Hopefully Obama can see this too.

George Ryan is a convicted criminal who is responsible for the deaths of at least 6 children. Hope that fat F*CKER dies before his release date.