BARTOLO’S RETURN: Are the White Sox a dumping ground for aging stars? 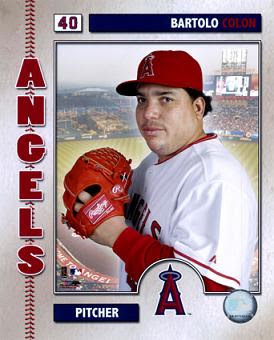 em a “dumping ground” of sorts for aging ballplayers past their prime.

The White Sox made an attempt to bolster their pitching rotation by signing aging hurler Bartolo Colon, who once was an aspiring star pitcher for the Cleveland Indians who also had some solid seasons for the Los Angeles Angels.

BUT AFTER HAVING an injury-plagued season in 2008 with the Boston Red Sox (he only got into 7 games out of the 162-game season), he found himself unemployed to the point where he was willing to listen to the White Sox – who are hopeful his arm can recover to the point where he can be a useful ballplayer in ’09.

But it was similar logic that caused the White Sox to take on other aging stars, all of whom clearly showed that their best days were in the past and that no one would remember their careers for anything that was achieved on the South Side.

Take the career of Sparky Lyle. He was once one of the best relief pitchers in the American League, and combined that skill in throwing a slider with a prankster nature (Sparky’s derriere and birthday cakes had unusually close relationships on many occasions) to make him one of the most notable ballplayers of the 1970s. 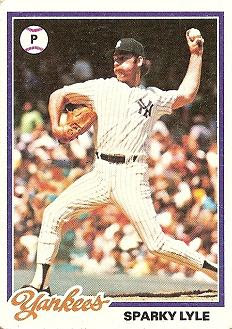 BUT LYLE’S CAREER included a stint in Chicago. In fact, this is where it all ended for Sparky as a major league ballplayer.

The White Sox picked him up for the latter half of 1982, and about all that was proved was that the Philadelphia Phillies (who employed him the first half of that season) were justified in getting rid of him.

In 11 games, he pitched 12 innings, and managed to get the final save of the 238 he managed to build up during his career. Otherwise, it was a forgettable stretch of time.

Is something along those lines what we’re likely to see from Colon? An aging star for the Indians will give the White Sox nothing, except some speculation in future years about what the White Sox could have achieved had they not let him go following one year he was with the Sox in 2003 (winning 15 games that season)?

IF THAT IS the case, the Colon is the latest version of Rocky Colavito.

For those too young to remember Rocco Domenico Colavito, he was a star slugger in the 1950s and early 1960s who entertained Indians fans of that era. In fact, the more irrational of them (perhaps it’s something about drinking water from the Cuyahoga River) talk of the “Curse of Rocky Colavito,” which refers to his trade to the Detroit Tigers and the fact that the Indians have not won a World Series championship since.

On a side note, that is the difference between Chicago Cubs fans and fans of real baseball clubs. Indians and Red Sox (Babe Ruth) fans talk of curses caused by the trading away of star ballplayers, while the Cubs think they’re cursed because some Andy Frain usher had the sense to kick a fan with a goat out of the ballpark.

Eventually, Colavito wound up with the White Sox. It was 1967, the year they lasted in the pennant race to the final weekend of the season, before getting swept in a season-ending series to the last-place Kansas City Athletics (who departed the Midwest a few weeks later for their current home in Oakland). 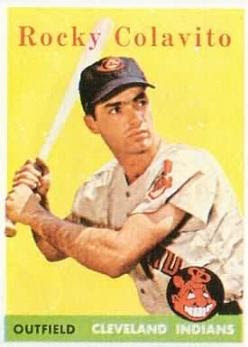 WAS A part of the reason the White Sox couldn’t rise above the pennant race pack consisting of the Red Sox, Detroit Tigers and Minnesota Twins.

When a Colavito bat was supposed to be a major factor in their pennant drive, the fact that he hit only .221 with three home runs and 29 runs batted in over 60 games is worthy of blame.

Are we destined to see something similar from Bartolo this season? Will those of us White Sox fans who are hoping the ball club can once again contend for a division title someday be blaming Colon’s girth and age for failing to inspire the Sox?

AGE 35 IS not old in real life. But when it comes to athletics, it borders on ancient – even in today’s era where physical conditioning enables some devoted athletes to play ball well into their 40s.

The problem is that Colon has never been a conditioning freak.

The 235-pound weight indicated by baseball officials is likely a generous estimate. I remember the one time I interviewed him coming away thinking this was someone whose girth was larger than mine.

So Colon will be remembered as the guy who managed to win 150 games thus far during his 12-season career pitching in the major leagues, and he got 135 of those wins during a span from 1998 to 2005.

ONE CAN ARGUE he was once one of the best pitchers in baseball.

But a combination of age, physical conditioning and the sense that anything that can go wrong to a Chicago ball player will makes me wonder if the White Sox are destined to be the team that allows him one last game pitching in the major leagues – in between stints on the disabled list.

Colon is considered one of the best Los Angeles Angels ballplayers ever. Somehow, I doubt (http://www.halosheaven.com/2008/12/27/702907/top-100-angels-bartolo-col) he will achieve the same status in White Sox history.
Posted by Gregory Tejeda at 12:01 AM

I remember some of the past their prime stars the Sox got. Steve Sax and another guy I remember I want to say he was either John Kruk or Darren Dalton. I thought it was also something in the White Sox character to pursue aging stars.

Then again I often wondered why the White Sox unceremoniously dumped Carlton Fisk as soon as he broke his record.