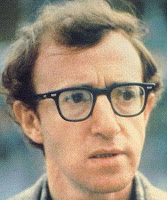 pporting him, I can’t help but wonder how much they shudder at the thought of Woody Allen.

That was my reaction to learning Sunday that the famed film director whose best days professionally are definitely behind him (just like Sammy Sosa) made a point of giving a plug to the Obama presidential campaign.

DURING A FILM festival event promoting Allen’s latest film, the director who will forevermore cause mention of half-wit jokes on account he married his one-time stepdaughter showed himself to be the ultimate Manhattan type with a broad view of the world that manages to overlook Middle America.

He said it would be embarrassing for the United States if the McCain campaign prevails. “It would be a terrible thing if the American public was not moved to vote for him, that they actually preferred more of the same.”

Allen apparently is among those people who noted the positive reaction Obama got during the European portion of his foreign tour earlier this year, and sees that as a plus for the nation.

And there is a significant portion of the American people who agree (the latest Gallup Organization survey released Sunday showed Obama with a 4-point lead – 49 percent to 45 percent) with the view that only the Democratic Party can give us the radical change from the Bush years that this country so desperately needs.

BUT IT ALSO places him directly opposite the isolationists among our society who would just as soon have someone working in the Oval Office who could care less about foreign issues.

Be honest – that’s exactly how George Bush the younger got elected twice. It also would be key to a McCain victory, if it is to happen on Election Day.

Now the point of this piece is not to trash the Obama worldview. Nor is it to say that Allen should shut up. After all, everybody is entitled to their opinion.

The thought of Woody Allen marching into a Manhattan polling place on Nov. 4 to vote for Obama just means he will be in the majority of those who live in New York City, and just about every urban area in the United States.

IT’S JUST MORE evidence that the Republican Party has become the political party of choice for rural America, and has used that organization this decade to assert its influence over its urban brethren.

What I’ve never understood is why I should particularly care, or not care, about what Allen thinks. Just because he once made a classic film like “Manhattan” (although my personal favorite Woody Allen film remains the 1971 farce “Bananas”) doesn’t mean I have to base my vote on his beliefs.

But it is just that I really don’t care about celebrity endorsements. I think political campaigns are too quick to jump on them for a jolt of attention. 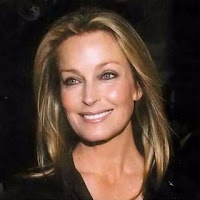 pport to the social conservatives, while always claiming that they are neglected in their line of work.

In my mind, the thoughts of Bo Derek (right), Ted Nugent and Chuck Norris are equally as insipid as those of George Clooney or Scarlett Johansson (although it was humorous to read earlier this ye

ar of speculation that Johansson (left) and Obama had some sort of e-mail pen pal relationship going – only to learn it consisted of one lone e-mail from Obama to Scarlett).

By that standard, Obama is now “best buds” with a good segment of the population (including myself) who gave out our personal e-mail addresses when we went along with his campaign stunt to “personally inform us” who his vice presidential running mate would be.

The only celebrity-type endorsement that even remotely intrigued me was that of talk show hostess Oprah Winfrey – and even then only because her past track record shows that her “brand” placed on books and magazines and movies and other goods could help to move merchandise.

PEOPLE PAY GOOD money to get the Oprah “seal of approval.” I was curious to see if it would translate to electoral politics, although it appears it hasn’t.

In fact, various studies indicate Oprah herself has taken a hit from a segment of the female population – upset that she backed Obama rather than Hillary Clinton, John McCain or any other political person they were inclined to support.

I realize some people are now going to take Allen’s comments and try to twist them against Obama. I would hope intelligent people realize that the “twist” is just as irrelevant as the original Allen comment.

Will Allen’s belief that an Obama victory will give us a better world be used against him in the future the same way that actor Alec Baldwin will never live down his pre-Election Day comment that he would no longer live in the United States if Bush the younger were elected president?

OF COURSE, BALDWIN never did move out of the country after either of the two Bush electoral victories. Nor should he have had to. It was just his opinion, and didn’t mean much in the greater picture.

Nor does it mean much when Allen says, “it would be a disgrace and a humiliation if Barack Obama does not win.”

EDITOR’S NOTES: For what it’s worth, Antonio Banderas can’t vote, but he says he hopes (http://latimesblogs.latimes.com/thedishrag/2008/09/woody-allen-say.html) Barack Obama wins the presidential elections, so as to create a better world for his daughter.

Here’s how Allen’s comments played in newspapers and on broadcasts around the world (http://afp.google.com/article/ALeqM5iZfbZD9W5XbWBqd66_Qkx5AjGgHg).

I wonder what Penelope Cruz (http://www.wesleyanargus.com/article/6713) thinks about the upcoming presidential election. Her view is about as relevant as anyone else in professional entertainment.
Posted by Gregory Tejeda at 12:01 AM