I am skeptical whenever business executives, even those with a little bit of government service on their resumes, talk about running for higher office. 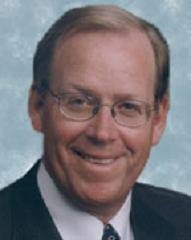 Invariably, they want to start out at the top, as though they envision themselves as CEO of the State of Illinois (or whatever government body they happen to be seeking the highest-ranking position of).

Businesses exist to earn a profit, while government exists to provide a service. Now some businesses manage to earn a profit while also providing a service of some use to the public. But they are not the same.

A business that has an unprofitable division can decide to just scrap it. A government that has a particularly costly agency cannot just do away with it, because the need being fulfilled by the agency does not go away.

A business can justify cutting off a service or product on the grounds that someone else might very well be able to fulfill the need in a more efficient manner. Yet a government cannot behave in such a way.

IF IT COULD, we’d have dueling governments. Competition. People could pick which government they prefer to pay attention to, and could disregard the one that pushes a philosophy that offends their sensibilities.

Obviously, that concept is ludicrous.

But too many of the business types who try to run for government office act as though they can be the all-dictating boss, running the government in the same strong-arm manner that they run their companies. It is the reason I could never take seriously in 1992 the concept of H. Ross Perot as president of the United States, and it still astounds me that 19 percent of the U.S. electorate did take him seriously.

Strong-arm tactics might work for a business, where a person’s involvement is voluntary.

IF I CAN’T stand working for a company because the boss is a nitwit, I can quit. That is not the case with a government. Having a halfwit for a governor does not give us the authority to “quit” being a part of the state of Illinois – unless we’re willing to move, in which case, we’d have to submit to the authority of some other government entity.

Having explained all of that, let me say I am skeptical at reports in Crain’s Chicago Business and the State Journal-Register of Springfield that one-time Ameritech Illinois President Doug Whitley (who currently is president of the Illinois State Chamber of Commerce) is thinking of seeking the Republican nomination for Illinois governor in the 2010 elections.

Now I don’t have anything against Whitley. I actually remember him as being a competent Illinois Department of Revenue director under former Gov. Jim Edgar. That may mean he has enough exposure to the workings of government to understand that Illinois is NOT a for-profit corporation.

But I’m not sure if I’d want someone who’s that comfortable with the business structure of this state (most of which may be conservative ideologically, but is pragmatic enough to throw its campaign contributions around to whoever it thinks will win – which is why Chicago Democrats don’t have too much trouble raising money for their campaigns).

IF ANYTHING, I always considered Democratic presidential nominee Barack Obama’s years as a community organizer to be a relevant experience, just because it meant he had to get his hands dirty in the city’s problem areas.

Think about it. How many other political people do you know of who have first-hand experiences in the Altgeld Gardens public housing complex at the far southern end of Chicago?

But I can understand a gubernatorial campaign dream from Whitley’s perspective.

The Republican Party in Illinois is so weak that there are few candidates who seriously can take on the Democrats. About the only chance the GOP has of victory in 2010 is if the unrest over incumbent Rod Blagojevich reaches such intense levels that he can’t run for a third term AND takes down all the other Democrats dreams of living in the Executive Mansion in Springfield.

WITHOUT WHITLEY, THE frontrunner for the Republican nomination could very well be DuPage County state’s attorney Joseph Birkett, who has run failed bids for state attorney general and lieutenant governor. One more losing bid, and he will have a streak comparable to that of dairy owner-turned-political dreamer James Oberweis (who has failed in bids for U.S. Senate, Congress and governor).

So while Whitley may be thinking that the Republican vacuum for a legitimate political leader leaves a space open for him to fill, that does not mean we ought to be taking his campaign seriously.

After all, Whitley’s government background would make him the one-time state revenue director who tried to become governor. Admittedly, he would not be the first Illinois revenue director to seek a top post.

Richard J. Daley served in that same office for four years under former Gov. Adlai Stevenson II, before moving up a couple of years later to become Chicago mayor. But Daley was a career political geek who knew every single nook of government operations. Does anybody believe Whitley’s knowledge is as extensive.

IS WHITLEY REALLY the next Daley? I doubt it.

In fact, retiring Rep. Ray LaHood, R-Ill., may have had the right attitude when he told Crain’s Chicago Business that it is not practical for someone to think they can start out at the top of government.

“They have no idea what they’re getting into,” LaHood told the business-oriented newspaper. “They should start out running as a precinct committeeman. You can’t start out in the top job.”

EDITOR’S NOTES: Doug Whitley has one thing right – any Republican candidate for a statewide office (http://www.chicagobusiness.com/cgi-bin/news.pl?id=30886) will need to reach out to more than just rural Illinois to have a chance at winning on Election Day.

Here’s the official biography put forth on behalf of Whitley (http://www.legalreforminthenews.com/leaders/Whitley/Whitley_bio.html), who now wants to be Illinois governor.
Posted by Gregory Tejeda at 12:01 AM