South Side reps (most of them, at least) come to senses on financial bailout

I live in the congressional district of Rep. Bobby Rush, D-Ill., and have relatives who live in the districts of Jesse Jackson Jr., and Dan Lipinski, both D-Ill. So I ta 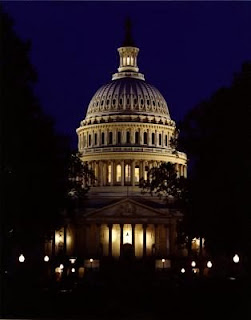 ke a personal interest in the voting habits of these three congressmen who represent parts of the South Side and its surrounding suburbs.

That is why I was dismayed when the three “gentlemen from Cook” were among those who voted against a package that would try to prevent the financial industry’s troubles of late from dragging down the nation’s economy.

AND IT IS why I am pleased (to a degree) that my congressman, at least, came to his senses.

Rush was one of the members of the House of Representatives who on Friday changed his vote from a “no” earlier this week to a “yes” on the bailout, as did Jackson Jr.

Lipinski, however, remains one of six House members from Illinois (and one of only two from the Chicago area, the other being Peter Roskam of Wheaton) who stubbornly refuse to accept the need for something to be done about the financial mess. Among the Illinois congressional delegation, the vote was 13-6.

Now I’m not going to claim to be a financial expert who can tell you the intricate details of what caused the crisis, or who specifically deserves blame. And I’d be willing to bet that 99 percent of the broadcast pundits who are pontificating on this issue in recent days don’t have a clue either.

I CAN ALSO understand the sentiment of those people who spent the week angrily calling their congressmen (and women), demanding that they vote against any effort to use federal funds to help shore up the financial industry so that its collapse doesn’t take us all down.

I wish this did not have to be done. It disgusts me that the mistakes of the financial community could create such a debacle that threatens the economic stability of all of us.

As I understand it, Rush cited those sentiments in justifying his original vote. He claims it was pressure from Sen. Barack Obama, D-Ill., that caused him to shift his stance on the issue come Friday.

If that is the case for Rush (and Jackson), then Obama deserves a little bit of credit for showing some leadership on the issue (even though I don’t think either Obama or Sen. John McCain, R-Ariz., ought to be all that involved in the lobbying efforts).

WHAT I DON’T understand about the people who are just automatically voting “no” is why they refuse to look at the big picture (and if it is because it is too confusing, that’s no excuse in my mind).

I keep getting this same image in my mind whenever I think about the way our members of Congress have acted this week. It involves my niece, Meira, and nephew, Tyler. Both of them are young children who I have noticed like to leave half-eaten food and soiled dishes all over the house.

Now I know some amateur psychologists would argue that I am doing some harm to my nephew and niece by picking up after them (“How else will they learn?,” I can hear their voices say). I should just leave the mess, and let the children learn the consequences of not picking up after themselves.

YET THOSE CONSEQUENCES, to my mind, are disgusting. The idea of attracting insects or anything else that might develop from having half-eaten food lying around strikes me as being a bigger problem – and one that can totally be avoided.

And those people who spent the week calling their members of Congress to tell them to vote “no?” They are themselves, since I suspect they are probably the same ones who think I’m ruining my youthful relatives.

EITHER WAY, I want to tell them to be quiet.

So it is good to see that Rush and Jackson finally realized this financial mess needed a solution. Ignoring the problem won’t go away.

And for those people who are trashing Rep. Jerry Weller, R-Ill., for missing the first vote in the House earlier this week, I actually think his actions are less objectionable than those of Lipinski.

After all, Weller (of Morris, Ill., who claims a family medical emergency caused him to be absent) was shamed into showing up in Washington on Friday and casting a “yes” vote on the issue.

EVEN JUDY BIGGERT of suburban Hinsdale switched her stance on the issue (making her the third Illinois member of Congress to change from a “no” to a “yes”).

Lipinski, of suburban Western Springs, had two tries to do the right thing, and he blew it both times. Who knows, maybe he’s the kind of guy who doesn’t mind ants roaming through his living room carpet because someone left a half-eaten dish of ice cream (all melted) lying on the floor?

EDITOR’S NOTES: The roll call for the House of Representatives’ vote Friday on a revised (http://clerk.house.gov/evs/2008/roll681.xml) financial bailout. Here are some thoughts (http://www.wbez.org/Content.aspx?audioID=29312) from the Chicago-area members of Congress.

I’m not sure what “bigger isn’t better” is supposed to mean (http://www.southwestobserver.com/congress-approves-bailout-without-lipinskis-approval4023264) in this context.

The next time people complain that political process takes too long to complete, keep in mind (http://www.bangkokpost.com/topstories/topstories.php?id=131089) just how quickly this deal got approved. President George W. Bush signed it into law just hours after the House vote on Friday.
Posted by Gregory Tejeda at 12:01 AM