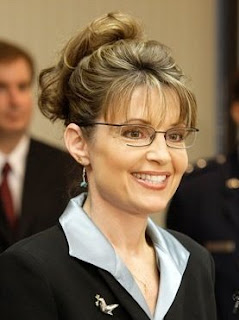 The painting itself was a horrible likeness and would have been regarded as a third-rate attempt to portray the first African-American mayor of Chicago, except that it depicted him wearing a woman’s brassiere and panties – and as excessively overweight.

THAT “DISRESPECTFUL” NATURE of the painting is what caused the aldermen to force their way into the School of the Art Institute on a day in May 1988 and try to rip the painting from the wall. As it was, they did cause some damage to the painting, and the “artist” eventually tried to claim financial damages for what the political geeks of the City Council did to his “work.”

Now I remember the people from back two decades ago who used to like to spread stories that Washington was homosexual. The painting was playing off that image – perhaps trying to show it in an absurd manner. Or perhaps the painting (officially entitled “Mirth & Girth”) was just going for a cheap giggle.

What I remember was an image that I never would have guessed was supposed to be Washington, except that everybody kept telling me it was. So it must have been.

My reason for recalling this is that we, the good people of the Second City, are enduring yet another politically-tied artistic crisis within our boundaries.

THE OLD TOWN Ale House is run by a man who recently painted a portrait of Republican vice presidential hopeful Sarah Palin. Aside from her now-trademark eyeglasses and an assault rifle, the painting depicts her wearing no clothing – and posed in such a manner that I have to wonder if Hugh Hefner is considering a lawsuit.

After all, the man whose magazine gave us the “Playmate of the Month” might think he owns such poses of women.

Naturally, pictures of the painting are turning up on the Internet, being found by all those geeky people who couldn’t resist the chance to type the words “Sarah Palin” and “naked” into a search engine.

Business at the Old Town Ale House is on the rise, as people are coming with their cameras to take pictures of the painting, while also having a drink or two.

SO FAR, THE Palin supporters have been muted. A couple have talked of how “sexist” it is to depict the Alaska governor as a sex object (even though she did the same to herself when she competed two decades ago in the Miss Alaska competition).

Will we get the sight of some Bible-thumpin’ types making the drive into Chicago (because we all know decent, God-fearin’ folks don’t live in big cities) so they can rip Palin’s image from the wall, before trying to trash it?

Or is this more likely to be a gimmick that attracts a bit more business to the tavern in the Old Town neighborhood, and will eventually wither away when interest in the sight of naked pictures of Palin disappears.

Let’s be clear on one point. It’s not a real naked picture of Palin.

THE CHICAGO TRIBUNE reported this week that the bartender/artist took the smile and eye-glasses from recently-published photographs of Palin, then had his daughter serve as a model for the rest of the body.

Insofar as what the bartender’s wife thinks?

She actually owns the bar and approved the image, along with a lot of other racy paintings that hang on the walls – thereby providing the décor for the tavern that sits down the block from the Second City comedy club whose troupes have developed many of the leading entertainers of recent years.

Personally, I don’t know what to think. I do not believe the face on the painting really looks like Palin, and I have never really found her attractive enough to have any urge to see naked pictures of the would-be vice president.

THERE HAVE BEEN so many images in recent weeks (such as magazine covers of Vanity Fair and the Nation, to name a couple) that have depicted Palin as packing a rifle and stepping on a polar bear rug the way this painting does that not even that portion of the image is original.

In short, I can’t help but think of this piece of “art” the same way I thought when I first saw Harold Washington standing in his “ladies undies.”

I hope the Right has enough sense to behave more sensibly than the African-American aldermen of Chicago did back in the late 1980s. (That is not an automatic assumption, as people tend to do stupid things when motivated by prudishness).

Because the last thing any of us need to have happen is for this particular painting of Palin to become some sort of cause celebre. Better for it to wither away after Election Day, and for people to someday look at the thing and ask “who’s that?”

EDITOR’S NOTES: Anybody who seriously feels the need to see pictures of the painting for themselves (http://www.chicagotribune.com/news/local/chi-talk-naked-sarahsep30,0,4944201.story) can settle for the indirect look published with this story, or can go search the Internet for themselves.

Politically inspired “art” in Chicago has a knack for making national headlines (http://query.nytimes.com/gst/fullpage.html?res=940DE1DC143AF936A25756C0A96E948260). It would be nice if the Palin painting did not reach the level of absurdity that (http://www.cd.sc.ehu.es/FileRoom/documents/Cases/330nelson.html) Harold Washington did.
Posted by Gregory Tejeda at 12:01 AM

You write well. Keep up the good work. And thanks for the links ~.^