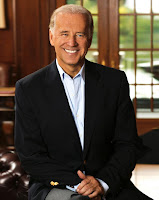 Arguably, Democratic vice presidential nominee Lloyd Bentsen in his 1988 debate came up with the most memorable moment ever in a running mate debate (unless you get excited about retired Admiral James Stockda

le’s 1992 rhetorical question, “Why am I here?,” which made him sound confused instead of inquisitive).

Yet before we get all excited remembering that moment when Bentsen put former Sen. J. Danforth Quayle, R-Ind., in his place for trying to be pompous and compare himself to John F. Kennedy on any level, let’s remember one fact.

Bentsen was the four-term senator from Texas whose obituaries in 2006 highlighted his moment from the Oct. 5, 1988 vice presidential debate. Quayle, when he departs this Earth some day, will have obituaries that cite his four years as vice president.

Unless a lot of questions came up concerning oil drilling in Alaska, Biden was destined to be more knowledgeable about the issues than Palin. Heck, even on that issue we were likely to learn she doesn’t care much about the environmental concerns – which means she wouldn’t gain much support from people who can bring themselves to vote for a Democrat for president.

That is who people are going to cast ballots for come the Nov. 4 elections. The Thursday night debate in St. Louis was meant more to create the perception that the commission sponsoring debates was doing a thorough job in giving everybody a chance to speak.

It is the two upcoming debates between presidential hopefuls Barack Obama and John McCain that ultimately will decide who gets elected to be the 44th president of the United States.

So what was notable about Thursday night?

I COULDN’T HELP but notice Palin’s repeated attempts to make her self appear like “common folk,” and Biden like some overly serious guy with a big stick jammed up his butt.

From her pre-debate question to Biden (“Can I call you ‘Joe’?”) to using words like “betcha” and talking of speaking to moms watching their kids play sports, it could play to people who don’t understand the specifics of all the government programs Biden tried to discuss – and who resent having anyone point out their clueless-ness.

“I may not answer the questions the way you and the moderator want to hear, but I’m going to talk straight through to the American people,” Palin told Biden, of her refusal to provide direct answers to questions about policy issues.

But both took their share of shots at the presidential hopefuls. Palin said that Obama in the U.S. Senate is – What a shock!?! – a Democratic partisan politico, while Biden accused McCain of double-talk when it comes to talking about the recent financial crisis.

“WE LET WALL Street run wild,” Biden said. McCain, “has an absolute belief that Wall Street could self-regulate itself,” claiming that the Arizona senator 20 times supported measures that amount to deregulation of the financial industry, and voted 477 times to raise taxes (depending on how loosely one wants to define what constitutes a “tax increase”).

He also got laughs from the audience when he called McCain’s health care reform proposals, “the ultimate bridge to nowhere,” referencing the federal funding for an Alaska public works project that Palin has claimed she both supported and opposed as Alaska governor (she might not have liked it, but Alaska state government kept the federal funds intended for it – even though the bridge was never built).

Biden sought out the gay voter bloc, noting that Obama would support giving gay people identical measures when it comes to property benefits and ownership, and insurance benefits, while Palin said she is concerned about “redefining” the concept of marriage as something other than a heterosexual ideal.

When it comes to the U.S. military effort in Iraq, Palin said she is confident that the military people in charge of the effort knew what they were doing, and she attacked Obama for the way in which he has been critical of the war effort, saying his proposals amount to “surrender,” adding later, “John McCain knows how to win a war.”

BUT THE QUESTION was about what plan the candidate would support to end the war. “I didn’t hear a plan,” Biden said of Palin’s rhetoric.

“Barack Obama and I agree on one thing, you have to have a timeline to bring the war to an end,” Biden said, adding that a goal of 16 months to end U.S. involvement would be set. “We will end this war. For John McCain, there’s no end in sight to end this war.”

There’s also the degree to which Palin was good at parroting Republican campaign rhetoric. Her attack on Obama’s willingness to meet with hostile leaders of countries such as Iran and Cuba was almost word-for-word the same as what McCain said straight to Obama’s face when the two debated last week in Oxford, Miss.

She even took her shot (ever-so-briefly and discretely) at distancing McCain/Palin from the George W. Bush presidency (which a Gallup Organization poll released this week said only had the support of 27 percent of the American people), saying a McCain administration “will learn from the mistakes of this administration and others.”

SO WHAT DID we, the potential electorate, learn from this?

We got rhetorical ammunition to confirm the impressions we already had of the candidates. The people who are desperate to believe that Sarah Palin is a legitimate candidate (or who despise the concept of an Obama presidency that much) will find some quips they will repeat amongst themselves, while Biden backers will praise his use of facts.

If anything, the most significant point that anyone got out of actually watching the debate Thursday night was a chance to see the raw material upon which comedian Tina Fey will base her next routine on “Saturday Night Live” where she impersonates Palin.

How much do you want to bet that watching the upcoming sketch will be more interesting than viewing the debate itself?

EDITOR’S NOTES: John McCain was just like a whole lot of other geeky people with an interest in electoral politics. He spent (http://voices.washingtonpost.com/the-trail/2008/10/02/mccain_will_watch_palin_from_d.html) Thursday night in a Denver hotel room camped in front of a television to watch the candidate debate.

Some figures about just how popular Sarah Palin (who wore a bigger U.S. flag lapel pin on Thursday than did Joe Biden) is these days with the electorate, or at least the portion of the electorate (http://blogs.chicagotribune.com/news_columnists_ezorn/2008/10/how-palin-can-r.html) that was surveyed.

For those of you who need to see Dan Quayle’s most memorable moment over and over (http://www.youtube.com/watch?v=O-7gpgXNWYI) and over again.
Posted by Gregory Tejeda at 9:26 PM