Now that Democratic presidential nominee Barack Obama has got his bounce (an 8 percent lead on Friday, if one believes the Gallup Organization), the real qu 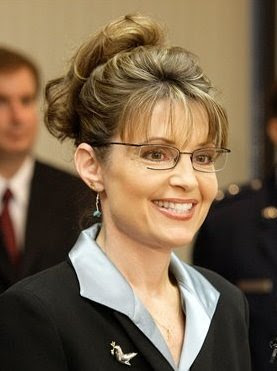 estion is how far will Republican opponent John McCain manage to cut into it with his choice of a vice presidential nominee.

Alaska Gov. Sarah Palin is the first woman nominated to be at the top-of-the-ticket pairing for the Republican Party. That is significant in the same way that Don Baylor being the first African-American manager of the Chicago Cubs was something – the cross-town White Sox had their first black manager nearly two decades earlier.

OF COURSE, FIRST female vice presidential nominee Geraldine Ferraro (1984) was on a losing political party ticket. Palin could be the first winner – but that is going to depend on what people think of her partner.

Ultimately, the 2008 presidential contest will be a battle between Obama and McCain. In the same way that the selection of Sen. Joe Biden, D-Del., did not give the Obama campaign a big boost at the beginning of the week, it is unlikely that the presence of Palin will make much of a difference in coming days.

McCain’s best shot of closing that gap in the polls (the two were virtually tied at the start of the Democratic National Convention) is to have an equally invigorating performance when his party convenes in St. Paul, Minn.

Showing that he is not a doddering old man who will just continue the policies of the Bush years (because he’s too old to have any thoughts of his own) is the way he knocks the Obama campaign back down to size.

PERSONALLY, I WON’T be the least bit surprised if the two campaigns are virtually tied (McCain will probably have a slight lead within the margin of error) when the GOP convention is over a week from now.

In fact, it may do the Republican National Convention a world of good if Hurricane Gustav impacts the United States. Party officials have talked of postponing their nominating convention out of respect to potential hurricane victims.

Sparing us the sight of people wearing red/white/blue clothing would make them appear to be the party of compassion – even if the gesture itself doesn’t really accomplish much. Will anybody whose property suffered hurricane damage recoup their losses because we didn’t get to see a GOP delegate from Montana wearing a silly hat with an elephant snout protruding from it?

I’m not convinced that the presence of Palin is going to mean much (although I must admit to enjoying the trivial tidbits in the early round of stories that told us Palin was nicknamed “barricuda,” has eaten burgers made from ground moose meat and is married to an Aleutian Indian, a.k.a., an Eskimo).

IN LARGE PART, I think the presence of a woman on the Republican ticket is a wasted gesture. Many of the people who comprise the GOP’s hard core supporters these days are those who think the problem with modern day society is that we are too concerned with including people from a variety of groups – rather than just trying to get, “the best qualified person.”

Will the presence of a woman (even one whose views on social issues such as abortion are as conservative as anyone else already in the Republican party) on the ballot turn off those Republicans who don’t want to have to consider gender when casting their vote?

Many of these people are the ones who entered the election season wondering if McCain is a closet liberal because his personal views on issues such as immigration are more sympathetic to those affected than their own views are.

It almost seems to me that McCain is counting on the fact that those conservatives will be more repulsed at the thought of voting for a biracial man than they would be in voting for a pseudo-cowboy from Arizona who’s using a pseudo Aleutian to try to attract votes.

HE ALSO SEEMS to think that the Democratic supporters of former candidate Hillary R. Clinton were just voting for her because of a lack of a certain private part. In fact, it would seem that McCain thinks he will get more Clinton backers to vote for him than he will lose conservatives to the third-party candidacy of Bob Barr.

But I can’t help but think that abortion stance, and her willingness to accept much of that “frontier” attitude (thinking of themselves as the original settlers of a land populated by the Aleutians for centuries) found among white people who settle into Alaska, will turn off the most liberal women who might have a problem “getting over” Hillary’s loss.

If anything, this cynical gesture could very well be what causes a larger share of women to decide that both the Obama and McCain campaigns are full of it, with neither one worthy of a vote.

It also will hurt any chance that the McCain campaign could seriously try to argue Obama (with 12 years as an elected official and a decade of work as a community organizer) has a weak public policy resume. If anything, McCain has now opened himself up to claims he is nothing more than George Bush the elder, picking a running mate as equally inexperienced as the one-time senator from Indiana, J. Danforth Quayle.

At the very least, the Biden/Palin debate will be interesting to watch (possibly moreso than any of the Obama/McCain debates that will take place this autumn). Outside of the decision to drill for oil in the Arctic National Wildlife Refuge (she supports it, while McCain does not), does anyone see an issue that will come up where Biden will not whomp on her?

In fact, the first-term governor’s only chance of winning a debate will be if Biden goes so overboard (never overlook the chance that a politico will overreact) that people get the perception that she’s being bullied.

IN ONE REGARD, McCain succeeded with his pick for a running mate. On the day after Obama gave his much-debated acceptance speech (which caused Oprah’s eyelashes to wash away due to her tears of joy), the senator from Arizona managed to shift the attention of political observers back to himself.

But did he do so in a way that will translate into votes, or just some snickers? And I don’t mean the candy bar.

EDITOR’S NOTES: Did the choice of Sarah Palin to be John McCain’s running mate on the 2008 presidential ballot (http://bourbonroom.blogs.foxnews.com/2008/08/29/obamas-plane-palin-problem/) really come as that much of a shock to Democratic nominee Barack Obama?

This commentary is an exaggeration. But McCain may have turned off more potential voters (http://www.opednews.com/articles/Worse-Than-Quayle-by-Trapper-John-080829-414.html) than he pleased with his choice of a running mate. For what it is worth, the Palin/Joe Biden debate will take place (http://debate.wustl.edu/index.php) Oct. 2 at Washington University in St. Louis.

The Chicago Tribune has been supportive of Obama’s political aspirations. But in this editorial critiquing Obama’s acceptance speech, the one-time Voice of Midwestern Republicanism (http://www.chicagotribune.com/news/opinion/chi-080829-obama-speech,0,4038059.story) gives us a clue how it will overcome its hometown ties and justify endorsing the McCain campaign.
Posted by Gregory Tejeda at 12:01 AM

I'm guessing part of Obama's bounce is really a negative bounce for McCain b/c he picked Sarah Palin. While picking her does energize the GOP base, I expect, like most candidates that energize the base, they alienate a block of swing voters.