From pols to publishers, they all offer differing tales of federal prison life 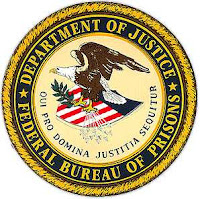 prison as somehow being cushy. I’d like to think that those people are just being ridiculous, and not really so clueless.

But then I read about the conditions that one-time Chicago Sun-Times boss Conrad Black is enduring while serving a 6 ½-year sentence at a federal prison in Florida, and I have to wonder.

THE TORONTO STAR published an account Thursday that noted – among other things – that Black has made arrangements with prison officials so that his cellmate is assigned to work as Black’s butler, cleaner and all-around gofer while in prison.

The Star took its information from the British newspapers, which has long been far more interested in “Lord Black of Crossharbour” than we in Chicago ever were. To them, he’s a member of the House of Lords who got “busted.” To us, he’s just the cheap bum who gutted the Sun-Times to the point where it may be impossible for “the Bright One” to recover financially.

Considering that this account in the Chicago Argus is a rewrite of a Toronto Star account that is a rewrite of a story that appeared in the Daily Mail, it is possible that some aspect of truth has been lost in translation.

BUT OTHER TIDBITS about Black’s prison life include that he started his term with a job as a dishwasher, but has since been reassigned to the prison library – where he now has access to newspapers and e-mail.

He even was pictured in the newspaper wearing black t-shirts and gray sweat pants. The British press made a point of saying that such attire was far less dignified than the stylish, tailored suits he used to wear.

But I can’t help but note that they are a step up from the castoff military fatigues that are the standard issue attire of most inmates in facilities run by the federal Bureau of Prisons.

Is Black getting a cushy prison stint because of his background? I don’t understand why he would, but it would appear that way.

AND THE ANSWER is “no,” I don’t have any evidence of payoffs by Black or his supporters. So don’t ask.

But what catches my attention is that his version of prison life seems so radically different from the politically prominent inmates from Chicago who are serving (or have served) time in federal prison facilities.

It is the same bureaucrats who are running the prisons, so it ought to be the same type of conditions for the inmates.

After all, Black’s old newspaper in Chicago on Thursday published an account giving several former government officials a chance to talk about what their life in prison was like.

One of his duties was literally to wipe inmate sweat off the exercise equipment.

Former Alderman Ambrosio Medrano told the newspaper he literally used to clean toilets, while former Alderman Wallace Davis Jr. had to work in the prison kitchen for a time – which is ironic because he now owns a restaurant that peddles fried catfish.

Not that everybody had gross stories to tell.

THERE WAS ALWAYS the situation of former city Clerk Jim Laski, who says that after starting out working in the kitchen, he was transferred to a special unit where his job involved no actual work.

“It’s like the city jobs you hear about where people show up and do no actual work,” Laski told the Sun-Times. “They have those in prison too.”

Some public degredation is involved, as federal bureaucrats who like to think of themselves as “law and order” types don’t mind giving junk duty to inmates who were once prominent people.

Former Gov. Dan Walker has often told the story of how he suddenly got reassigned by a new warden to a job picking up trash, using a special spear emblazoned with the words “Governor’s Stick” to remind him of how far he had fallen.

PERHAPS THERE IS something similar in the fact that Ryan (according to former Illinois first lady Lura Lynn) once thought he would get a job working in a prison library, only to suddenly get the duties that are too shameful to be spoken of.

But then, there are the inmates who complain about their plight. It turns out Black is one of them.

Despite evidence that his time in prison is not as negative an experience as it is for many other individuals, “Lord Black” is displeased.

The Toronto Star quotes an official who says Black the inmate “remains very snobbish” and is astounded at the lack of education of most of his fellow inmates – many of whom are from non-Anglo racial or ethnic groups who never graduated from high school and are serving time for drug-related offenses.

BECAUSE THESE PARTICULAR inmates have not caused serious disciplinary problems while in prison, they have been moved to the same minimum-security facility as a one-time member of the British Parliament.

Another person who thinks she is a step above her fellow inmates is one-time Cicero Mayor Betty Loren Maltese – who has been assigned to a crew that serves food to other inmates with special dietary restrictions (mostly to accommodate religious beliefs).

As a result, Betty these days has to listen to other inmates complain about the low quality of “slop” they are expected to survive on.

According to the Chicago Sun-Times, Betty looks down on her fellow inmates (at least one of whom has complained about receiving smaller bananas than other inmates) while also complaining about the quality of food she is expected to eat.

THE NEWSPAPER NOTES she has complained to prison chaplains that the food is not cooked to her preferred specifications, and she also wants to know why she can’t be served items such as cheesecake on a regular basis.

Admittedly, there is a continent between the two (Maltese is doing her time in California, while Black is serving time at a prison near Orlando, Fla.), but it almost is a shame that Lord Black of Crossharbour can’t be paired up with Mayor Betty from Cicero.

With their combined reported gripes, they’d be the perfect prison couple.

A butler, gofer and cleaner? That is what former Hollinger bigwig Conrad Black has arranged for himself (http://www.thestar.com/News/World/article/482704) in prison.
Posted by Gregory Tejeda at 12:01 AM