Cop's coffee behavior not a surprise 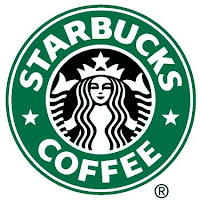 until 2 a.m. every day. I was hired to work the late night shift and often dealt with the on-duty police officers who patrolled the surrounding area.

We were their favorite “restaurant” to eat at, in part because we were open and also because my boss made it clear to me early on that I should give the patrolmen (I don’t remember any female officers) a break financially.

IN SHORT, WE gave the cops a discount, usually charging them something like two or three bucks for a sandwich, chips and drink that would have cost a regular person $5-6 (and would now cost about $8 – I worked at a Subway nearly three decades ago).

My boss considered it a worthwhile financial loss because it usually amounted to a couple of sandwiches per night and because those officers would usually keep a closer watch on her store. It made my boss feel more secure about keeping her Subway store open at late night hours.

So on the surface, it doesn’t shock me in the least to learn that a Chicago police officer had come to expect free food and drink while working. 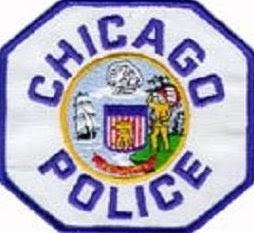 the rap on more serious criminal charges alleging that she stole fruit juice (she was acquitted of a “theft” charge in Criminal Court in 2005), the Chicago Police Board on Thursday noted that a Belmont District patrolwoman was suspended this summer for 15 months because of her behavior when it came to free food.

BARBARA NEVERS ALSO will have to undergo counseling to help her cope with her behavior.

Nevers received the professional discipline (as opposed to criminal charge) for claims that she demanded free coffee from six different Starbucks stores. Police board officials contend that she would sometimes intimidate store workers by flashing her badge, displaying her pistol and screaming at employees that she was entitled.

Her attorneys claim she never demanded anything, but also was not the type of person to turn down a free cup of coffee – if it were offered to her.

What caught my attention about this story was that the Starbucks stores she focused her attention on were all in the Lincoln Park and Lakeview neighborhoods – in short, upscale neighborhoods with some of the lowest crime rates in Chicago.

WE PROBABLY HAVE an officer who thinks she (rather than the upper-income residents) is personally responsible for the neighborhood safety.

But she probably does get a break financially at other businesses on her police beat, which made her think she could also get a free cup of coffee and something to eat to help her cope with the pressures of her job.

The Chicago Tribune reported that one store manager said Nevers would become hostile whenever she was offered just a cup of coffee, and not a pastry to go along with it.

I wouldn’t be surprised to learn that Starbucks managers were willing to tolerate a cup or two of coffee being given out, and that the real issue here is just that a police officer got greedy with her expectations.

THEN AGAIN, WE don’t know how nit-picky corporate management in Seattle was. Would they have gotten worked up if a boss could not account for a cup or two of coffee per work shift? Would the cost of the paper cups really have hurt the financial bottom lines of the six stores in question where Nevers used to hang out while on patrol duty?

If Starbucks’ was really that petty, then maybe they should look at the bigger picture.

I recall that the Subway store I worked in was never held up during the time I worked there. It’s not because it was an overly safe neighborhood, as I know for a fact that some other businesses in the neighborhood (including the 7-Eleven store across the street) were robbed.

But if giving a cop a break on an occasional sandwich helped get us some additional eyes on the business, then perhaps it was worth it.

“I get coffee for free” is the news quote of the day (http://www.chicagotribune.com/news/local/chi-starbucks-cop-web-aug08,0,6874669.story) on Thursday in Chicago.

Nevers at least has the possibility of continued employment with the Chicago Police Department, unlike a Daytona Beach, Fla., officer (http://apnews.myway.com/article/20080718/D9206HC80.html) who was terminated after it was learned he was pressuring local coffee shops for up to six cups of coffee free per day.

Police in Fort Worth, Texas, are told they can take a free cup of coffee while working, but they should not (http://www.star-telegram.com/news/columnists/bud_kennedy//story/766626.html) demand it.
Posted by Gregory Tejeda at 12:03 AM