That was Democratic presidential hopeful Barack Obama’s choice, if he had to pick a sports-rela 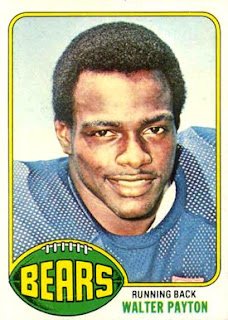 ted person to appear on the ballot with him – although he also threw a bone to Michael Jordan.

For those of us who remember his moment of introduction last year for Monday Night Football, Obama’s recent interview about sports-related topics for ESPN is a tad more legitimate – particularly since he says he wishes baseball could get its own act together with regards to steroid use by ballplayers (without Congress or the federal government getting involved).

And for those who wondered, he stood up for the White Sox, saying he’d root for them in the World Series if they played against the Cubs.

The interview aired Monday night, and can be seen (http://sports.espn.go.com/broadband/video/videopage?videoId=3553404) again here.