Jones joins the Daleys in the political category of “Did he really say it?”

Usually, when a Chicago-area political person gets in trouble for saying something offensive, it is because they said something they secretly believe.

The classic example was the time in 1993 then-Illinois Senate President James “Pate” Philip, R-Wood Dale, said approving increases in benefits paid by social service programs was a waste because the recipients would just use the extra money to "buy more lottery tickets."

IT WAS BLUNT. It was a tacky thought to have. And Philip eventually offered up a pseudo-apology, saying he was sorry if anybody was offended (but not sorry for actually believing such a thought).

But retiring Illinois Senate President Emil Jones, D-Chicago, has crossed over into a different category of tacky comments made by a politico. It is a category that contains the Daleys.

It is a category where people will forevermore debate, “Did he really say it?” For Jones claims people who are now offended with him actually misheard him, similar to how the Mayor Daleys (both “J” and “M”) claim they were misheard.

he category of “Chicago politicos who said something stupid” during an event last weekend when some people claim he referred to black politicians who still support the presidential dreams of Hillary R. Clinton over those of Barack Obama as “Uncle Toms.”

ACCORDING TO THE Chicago Tribune, longtime political activist Delmarie Cobb claims Jones made the wisecrack about her, and she claims two Chicago aldermen were with her and heard Jones say it.

Jones says he never said it, and that is where he differs from the rank-and-file of stupid political comments.

He claims he was attacking people who were still supportive of Clinton’s presidential dreams and critical of Obama’s chances of winning a general election against Sen. John McCain, R-Ariz., and Jones says he called them, “Doubting Thomases.”

Jones told the Tribune that Cobb (an African-American woman who has been active in politics since the days that Jesse Jackson ran for president in the 1980s, but this year was a leader of the Clinton campaign in Illinois during the primary season) must have only heard the word “Thom” and somehow filled in the rest of the slur (incorrectly, he claims) in her imagination.

IT’S TOO BAD that no audio tape exists of Jones’ moment that could help us decipher what was really said.

Because now we have to figure out whether we believe Cobb (and her two aldermanic witnesses) or Jones.

For those who are culturally (or literarily) clueless, “Uncle Tom” as an insult is a reference to “Uncle Tom’s Cabin,” the 1850s novel whose namesake character became the basis for a slur used by black people against other black people who were perceived to be putting the interests of whites ahead of their own kind.

In one sense, this incident can be seen as yet another anecdote indicating than the Obama and Clinton supporters are not yet ready to kiss and make up and work together for the Nov. 4 general elections.

BUT IT IS a slur I have heard used by various political people from Chicago. And the reason I’m inclined to think Cobb didn’t completely imagine this incident is because whenever I have heard it used by those politicos, it was never in the full phrase of “Uncle Tom.”

It was usually spoken as just “Tom,” as one might say of another black person, “he’s Tomming it,” or “We have some Toms among us.”

So Jones might literally be speaking the truth that he never said the two words in combination with each other. But it could very well have been the thought he meant to convey.

The fact that he now says he was saying “Doubting Thomas” almost sounds too convenient, like a thought that popped into his head when he was first confronted with the allegation that he was slurring against Cobb. 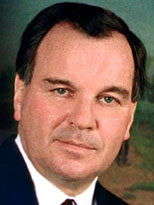 lot like the excuse that Richard M. Daley gave when he did/did not make his own gaffe in the days just before getting elected mayor in a special election of 1989.

At the time, Chicago had gone through two African-American mayors, and the fallout from the “Council Wars” era still tinged a lot of activity with regards to city government. We didn’t need Democrats and Republicans in the City Council when we had blacks and whites willing to fight it out politically.

At a campaign rally, Daley the younger allegedly said something along the lines of, “what we need is a white mayor who can deal with the business community.”

Except that Daley insists he never said the word “white.” People who were on hand for the event claim that the verbal flub that some want to interpret as the word “white” was really the future mayor engaging in classic “Daley speak,” stumbling over the word “what” so badly and with such awful syntax that the controversial comment could be heard by a person inclined to various conspiracy theories.

SUCH AN EXCUSE would be ridiculously laughable, except that those of us who have heard Daley speak know that he IS such an awful public speaker that he makes Jones appear to sound like a classic orator.

So now, Chicago historians can debate whether Jones meant “Uncle” when he said “Thomas” and whether Daley the younger ever really said “white.”

Yet both men fall far short of Daley the elder, who had his “Did he really say it,” moment d

uring the Democratic National Convention of 1968.

All of the historic retrospectives that have been appearing in newspapers and on television in recent days have focused on the fact that Chicago police went overboard in their physical harassment of protesters (their conduct was classified as a “police riot,” according to the Walker Commission investigation conducted one year later).

YET TO SOME people, the ultimate convention moment came inside the International Amphitheatre when Sen. Abraham Ribicoff, D-Conn., used the main stage to say, “if George McGovern were president, we wouldn’t have these Gestapo tactics in the streets of Chicago.”

Such a blunt shot at Chicago’s police warranted an outburst of noise from the Illinois delegation to the convention, and Daley was seen to say something – although his exact words were drowned out those people around him – which included a youthful Richard M. Daley.

Later, Daley the elder would say he was calling Ribicoff a “faker,” which some Daley loyalists claim was his slur of choice for liberal activists whose sincerity he doubted. Yet there are those to this day claim Hizzoner was using a certain choice obscenity that many mothers have threatened to wash out their sons’ mouths with soap for using.

And the counter-cultural activists of the era fed off that uncertainty, often claiming they could lip read him into saying something along the lines of, “F—k you, you Jew S-n of a B---h.”

SO PERHAPS IT is only appropriate that Jones chose to join the quotables club in the days just before the 40th anniversary of Daley the elder’s infamous moment of, “Did he really say that?”

The only real question is how long until the trio of politicos becomes a foursome?

EDITOR’S NOTE: What did Emil Jones Jr. really say about Delmarie Cobb? And should any of this (http://newsblogs.chicagotribune.com/clout_st/2008/08/clinton-delegat.html) creep its way into the presidential campaigns, particularly during the Democratic convention?
Posted by Gregory Tejeda at 12:01 AM