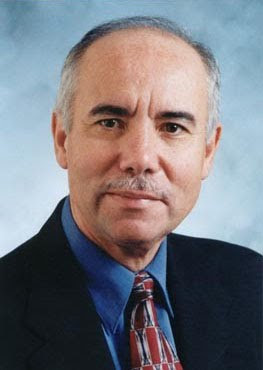 This reporter, who didn’t have much interest in Chicago-type pols or issues, characterized del Valle as, “a nice, decent man who has a legitimate interest in representing his constituency, only nobody cares.”

THAT WAS TO say that many political observers back then didn’t want to be bothered in terms of having to think of the Latino voter bloc as being separate or having its own interests. It showed by the fact that del Valle back then was the only Latino member of the Illinois Senate, which is why for many years, he was lumped in with the Senate’s black caucus, which the legislative leadership tried to re-label the “minority caucus.”

Of course, things have changed. The mere numbers mean that such a blatantly patronizing attitude can no longer be accepted. Del Valle ultimately worked his way up the Springfield ranks to being the leader of a separate-and-distinct Latino Caucus in the Legislature, before giving up his post to become Chicago city clerk in 2006.

Now, del Valle is among the political people whose name sometimes gets dropped (depending on who is writing) when people put together lists of prospective mayoral candidates for the 2011 municipal elections.

The clerk himself has said he is likely to run for mayor – although to read his quotes in the Chicago Tribune, he is playing that political game by which he is a candidate who hasn’t made a formal announcement yet.

THE PROBLEM FOR del Valle is that he still seems to have that “nice, decent man” image down pat, which means he’s not necessarily getting the attention of some people. I have seen some lists of prospective candidates that don’t even include his name.

Those candidate lists make their attempt to have a racial and ethnic balance to them by including the name of Rep. Luis Gutierrez, D-Ill., which means that for those peo 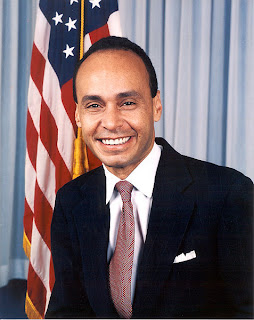 ple with an interest in advancing Latino political empowerment, this could come down to a political brawl between the “nice, decent man” and the politico nicknamed in some quarters, El Gallito.

As in the Little Rooster, for the way that the one-time alderman and 18-year member of Congress struts around making noise.

Now I am not about to say at this point that I think either Gutierrez or del Valle deserves to be thought of as a legitimate candidate. I fully expect that there will be so many candidates of so many different racial, ethnic, social and ideological groups that no one is going to win a solid majority of votes.

SO I SUPPOSE if one Latino candidate could generate a significant share of the ethnic bloc vote, it could be possible for a Latino pol to advance beyond the initial election and to a runoff.

But a part of me wonders if this is going to be a brawl where del Valle and Gutierrez backers peck away at each other so as to leave both candidates too weak to put up a legitimate fight.

It’s also not like those are the only two possible candidates who have ethnic origins to Latin American nations. I wouldn’t be surprised if just about every Latino alderman thinks they deserve to be thought of as legitimate mayoral candidates. Which if anything merely means they don’t get outside of their respective home wards often enough.

Part of the reason I am writing this particular commentary is that I have received e-mails in recent days from people asking me what I think of either del Valle or Gutierrez, or of the chance that a Latino candidate in general can be competitive.

IN THIS FREE-for-all election that we’re going to see next year (and one that will be far more interesting than any Quinn versus Brady fight scheduled for Nov. 2), anything is possible. But nothing is probable. Besides, I have heard some political pundits try to make the argument that Rahm Emanuel could get a significant chunk of the Latino voter bloc because of the misguided belief that “Emanuel” somehow looks and sounds Spanish.

It doesn’t to me. But some people like to come up with cockamamie theories.

So what do I think of the two so-called frontrunners among possible Latino mayoral candidates?

Del Valle intrigues me because he has the ties to Harold Washington (a Latino adviser) who was the first Latino to get elected to the Illinois Legislature (in 1987) and also is the clerk – a citywide government post that theoretically puts him just a few notches from the mayoral post right now.

YET THERE’S THAT whole idea of del Valle being a “nice, decent man” who likely will get outshouted by Gutierrez – who in the past year has become one of the names that the conservative ideologues condemn for his rhetoric pushing for serious reform of the nation’s immigration laws.

But it also means that Gutierrez is the name that is going to resonate among the Latino voter bloc in Chicago. Gutierrez may have the lesser political post (by City Hall standards) than del Valle, but he’s got the bigger mouth.

If anything, I think del Valle would be the easier sell to Chicago voters other than Latinos come Election Day. Personally, he’s the one of the two whom I would lean toward supporting – at this point in time. But that may be what keeps him from getting more Latino support in an initial election.

Gutierrez’ mouth may stand out in the crowd of candidates.

ON THE DAY after Richard M. Daley said he was not running for re-election, Gutierrez’ people sent me an unsolicited statement making it clear he was interested in running, saying, “I am very humbled by the encouragement I have received in the past two days …”

Which means Latino voters in Chicago may well have to accept the idea that Emanuel – the man who reportedly has been responsible for keeping President Barack Obama from taking on serious immigration reform – has more of a chance of becoming Chicago mayor than any of our ethnic brethren.