Why can’t they all just get along? 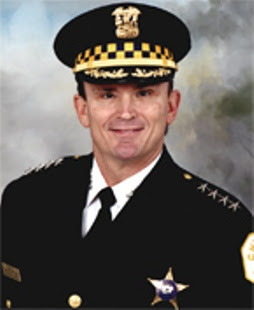 als based in Chicago and the local cops and prosecutors don’t have much use for each other.

It was on display throughout the political corruption trial this summer of former Gov. Rod Blagojevich – whose attorney was a criminal law veteran of the scene at the Cook County Criminal Courts building. Many pundits and observers tried to make a point of how his crude, hard-hitting ways didn’t fit in with the more refined (in a sense) atmosphere of the courts at the Dirksen Building.

BUT BEFORE ANYONE presumes that this means federal law enforcement types are somehow superior to their local legal types (even though one could argue that Sam Adams Jr. managed to avoid conviction for Blagojevich on so many charges that he beat the feds), keep in mind that the ill-will really does run both ways.

Local cops and prosecutors can be just as arrogant when viewing their federal counterparts. Which has always been behind the fact that Chicago Police Superintendent Jody Weis doesn’t have the support of the cops working the streets – and has many police officers counting down the days until next spring when they expect him to be fired.

It was with that goal in mind that the Fraternal Order of Police local representing Chicago police officers held a protest march, picketing the police headquarters on 35th Street and Michigan Avenue on Wednesday to let it be known they want their boss fired.

So now, when Weis is replaced by whoever does manage to win the mayoral election next spring, it will be the more politically motivated of cops who will take credit for personally getting him dumped. Maybe the real problem is that these FOP-types spent the past two years resisting Weis, instead of trying to work for the betterment of the public. All that jazz about "serving and protecting" that cops claim they're there to uphold?

I DON’T THINK the local police deserve that credit for Weis' departure. I view political appointments like police superintendent as being similar to a baseball team manager – you get hired to get fired. Weis will be replaced, just as some day White Sox manager Ozzie Guillen will be fired. It won’t mean that his stint running the ballclub was a failure.

Just as we shouldn’t be too quick to write off the Weis era of the Chicago Police Department, just because the rank-and-file of cops never took to him because he is a former “G-man.”

Weis’ law enforcement career was within the FBI and included posts in several cities, including a stint as Special Agent In Charge of the Chicago office. That is what appealed to Daley when he picked Weis for the top local police post back in 2008.

An outsider with no ties to anybody who wouldn’t particularly feel beholden to anybody and would be willing to make changes, regardless of whose feelings are hurt. What we learned on Wednesday by watching this protest is whose feelings were hurt, and remain hurt, and are now determined to craft the circumstances in such a way that they can claim to have run Weis out of town.

NOW I’M NOT necessarily a Weis defender. Nor am I particularly a critic of his. Personally, I think he has done as competent a job as anybody could in that position – particularly when one considers that the economic struggles that have impacted our society in recent years have also caused government entities to have to make cuts in areas they would have preferred to avoid.

At a time when the Chicago Police Department could use more staff, it is getting less. Weis has tried to compensate for it by shifting officers about on special assignments so as to put more people into critical situations.

But that has the police types whose focus is purely on their own district all upset when it is their officers who get shifted away to somewhere else.

I KNOW SOME people are going to complain about the crime rate in Chicago. They’re going to claim that Weis hasn’t caused it to reduce dramatically. Perhaps it is because my days as a full-time police reporter-type person were two decades ago when Chicago would see nearly 1,000 murders per year (a day without a killing was rare, and the weekends with multiple slayings were all too common), but I look at the current situation as an improvement.

Even though President Barack Obama this week in Philadelphia cited his adopted home town’s violence – particularly the 40 Chicago Public School students who were killed the last school year – as an example of the challenges facing teenagers today.

I see improvement. I also realize that the outlandish incidents (such as children being killed) will always draw more attention and will make the entire situation appear more severe.

But this is what Weis’ critics don’t want to have to acknowledge. They’re more interested in propagating the schism between the federal and the local law enforcement types (which is a true sentiment, I still remember the choice obscenities I heard two decades ago when I was a court reporter and I heard various assistant state’s attorneys use whenever they talked about their encounters with the FBI or the U.S. attorney’s office).

WHICH MAKES ME wonder if part of the real problem when it comes to crime in our society is that our law enforcement types seem so hung up on their jurisdictions and can’t work together more easily.

Perhaps we have a police department that needed the shakeup, instead of a superintendent who would make the rank-and-file feel more comfortable? In short, will the perception next spring be that Weis got fired because he was doing what he should have been doing?

Which also makes me think that perhaps Rodney King’ quotable moment during the Los Angeles riots of 1992 was a line that ought to be recycled these days toward our local cops and their federal counterparts.