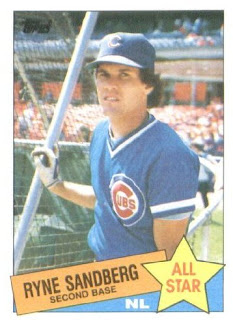 Ryne Sandberg, the one-time second baseman for the Chicago Cubs who already is a member of baseball’s Hall of Fame in Cooperstown, N.Y., received another “honor” on Friday.

He is Manager of the Year for the 2010 season in the Pacific Coast League. That is the top-level minor league where Sandberg has been manager of the Des Moines-based Iowa Cubs, in large part because of the fact that the team remains in contention for a playoff spot this season even though a large number of his ballplayers made the jump from Iowa to Chicago this season.

IT SEEMS SANDBERG, who has spent the past four seasons managing minor league affiliates of the Chicago Cubs, is developing a knack for the job. It is no secret he wants to do the same thing at the major league level some day.

And it also is no secret that Sandberg is one of those ex-Cub ballplayers delusional enough to believe that the Cubs organization itself is somehow special. In short, Sandberg wants the job that opened up when Lou Piniella left the team last month (former coach Mike Quade is the interim, with little chance of keeping the job permanently).

In theory, I can comprehend the hesitancy of the Cubs management to make Sandberg their field manager. They’d like to think they could get someone who has previously had a major league managerial job.

Yet I can’t say any of the names that I have been hearing of former managers who may be willing to come to Chicago would truly be any more impressive than that of Sandberg – who if anything has a unique value to the Cubs organization that they should try to take advantage of.

IT MEANS THAT I don’t think names like Eric Wedge (formerly of the Cleveland Indians, whose highlight was nearly catching the Chicago White Sox in 2005) are really any better. Anybody who thinks that Joe Girardi would give up a job managing the New York Yankees to be the with the Cubs is being delusional. Besides, all that would likely happen if he really DID make such a move would be that his name would go alongside those of Piniella and Gene Michael as Cubs managers with Yankee ties who failed in Chicago.

Although I personally could care less about the Cubs, I must admit to being impressed by the level of dedication Sandberg has shown to trying to learn the organization and gain the “experience” that allegedly is needed to manage a major league baseball club.

Which is why when I see ESPN Chicago reporting stories headlined, No front-runner for Cubs job, I have to wonder who in management has developed such a big ego that they think the baseball world is supposed to come crawling to him.

A part of me says just give Sandberg the post, and start working with him toward trying to rebuild for the future. At least he already has a handle on what potential, if any, exists within the Chicago Cubs minor league system.

HE MAY WIN. He may not. There’s no guarantee that anyone will be able to overcome the Chicago Cubs funk in the next few years. The idea that the Cubs seem to want a guarantee that their next manager WILL win a National League pennant (hasn’t happened since 1945) and a World Series (not since 1908) is absurd.

At the very least, it would be entertaining from a fans perspective, particularly those people who grew up here in the 1980s (I was already off at college by the time Chicago’s teams won their first division titles ever, and have no desire for a ‘70s-style managerial match-up of, say, Jorge Orta and Larry Biittner).

Because we literally would have both of our city’s ballclubs being managed by popular former All Star players (Guillen for the White Sox, Sandberg for the Cubs) from that era.

Considering that Guillen’s White Sox coaching staff has ‘80s stars like Harold Baines and Greg Walker, it makes me wonder the potential for a Cubs coaching staff under Sandberg. Gary Matthews? Keith Moreland? Maybe bring Rick Sutcliffe back into a uniform and away from sports broadcasting. Or maybe Steve Trout needs a job? 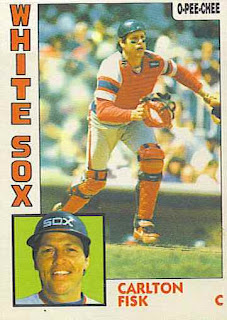 AT THE VERY least, it would give those fans of a certain age a lot of chances to reminisce in the event that the current ballclubs turn out to be disappointing on the field.

Perhaps we could even settle, once and for all, that baseball “debate” of Chicago fans from that generation – which team was better?

’83 White Sox, or the ’84 Cubs – both of whom won their divisions, but then got knocked out of the playoffs in ways that make the names Jerry Dybzinski and Leon Durham amount to little more than “Mudd” in our memories.