We’re at a special day for that particular subspecies of geeky types known as political observers. 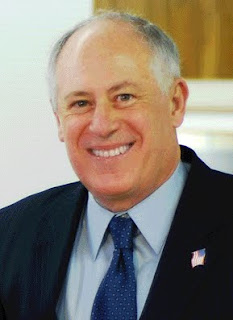 It’s Labor Day, and while some of us have an interest in celebrating a holiday meant to pay tribute to the workers of our society (and some of us are ideologically inclined to think that we ought to be celebrating management instead), what gets us intrigued is that this is the time of year when the public at large will actually start thinking about the election cycle that some of us have been overanalyzing ever since Feb. 3.

WE’RE NO LONGER alone in having an interest in trying to figure out what the candidates stand for, or what their chances are of actually putting together the type of campaign that can actually win.

Now, instead of us being a tad eccentric (if not downright loopy) for caring about the Nov. 2 elections, it will be those few people who persist in trying to ignore the upcoming elections who will be of questionable mental capacity.

We’re literally at the point where we have 57 more days to “shop” for candidates before we make our Election Day purchase (or fewer days, if you’re so enthused about the prospect of voting that you seek out an early polling place to cast your ballot in advance.

It is with this knowledge that the typical person isn’t taking any of this election minutia as seriously as I am (and the ones who are probably need a dose of psychological therapy) that I read the results of those polls the Chicago Tribune commissioned for what are the two top races in this season’s election cycle – U.S. Senate from Illinois, and Illinois governor.

FOR GOVERNOR, REPUBLICAN William Brady has a lead that becomes insignificant when one considers the factor of statistical ties and margins of error. Meanwhile, for U.S. Senate, Democrat Alexi Giannoulias and Republican Mark Kirk have a literal tie.

Nobody is running away with this, which if anything shows the level of discontent among the Illinois electorate with the current incarnation of the Democratic Party. This is a state whose political and electoral layout is rigged in favor of the Democrats. 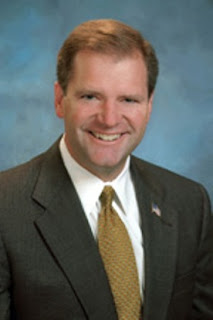 Chicago metro so overwhelms the rest of the state that would always prefer the GOP that by all rights, Democratic candidates (regardless of who they are) ought to be doing some serious butt-kicking – particularly since the GOP gubernatorial hopeful came into this having no name recognition beyond McLean County, and the Senate hopeful has the ideologues who dominate the Republicans these days upset that he’s not conservative enough, and many other people concerned that he’s some sort of prevaricator (particularly when it comes to talking about his military record).

In a purely traditional sense, they’re both flawed candidates. Yet they are holding their own in this election cycle where the people who always had an ideological hangup (and for some, it’s 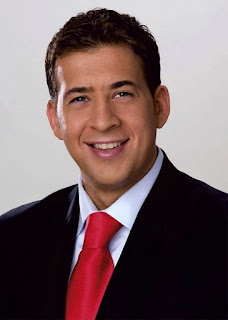 racial as well) to Barack Obama are thinking in terms of THIS year being THE year they use Election Day to take things back.

I’M NOT ABOUT to predict what will happen come Nov. 2, other than to say it literally will center around Chicago. If voter turnout is significant in the city and the surrounding inner suburbs (meaning Cook County as a whole), then we’re going to get a significant voter turnout of people who will favor the Democratic Party.

If the urban voter bloc takes the attitude that this election cycle isn’t all that important (a reality among certain types of voters who think only Chicago municipal elections for mayor and aldermen matter), then there will be a sense of the rest of Illinois swelling up to put in place a vocal opposition to the city for the next two years.

Which means that if people in Chicago insist on complaining about partisan political actions taken against our interests by Congress and in Springfield during the next couple of years, it will simply be our own faults if we don’t turn out and vote in significant-enough numbers this year.

I’m not predicting, because I’m not writing anybody off.

According to those two polls, it is 19 percent for the gubernatorial campaign, and 22 percent in the U.S. Senate race. Considering that none of these major candidates has a sizable lead, it means this is very much a pair of open political races – and now we have a whole new mass of potential voters who will start paying attention.

It also struck me as interesting that Republican Brady, whom the ideologue pundits would have us think has gained a huge advantage by aggressively campaigning during the summer months, still has a ways to go to get his name recognition up.

WHICH MEANS THERE is a mass of people that Quinn can reach out to in order to gain more votes – unless Quinn really thinks he can get away with employing a “rose garden” strategy and assume people are looking to him because he’s the governor.

That would be a mistake. And a part of me can’t help but think that the Pat Quinn of old (the political gadfly who slashed the size of the Illinois House of Representatives by one-third and was regarded as a pest by just about everybody) would be the first to agree with me.

So in the same way I think that Chicago voters will only have themselves to blame if a Republican ideological slate of candidates takes control of Illinois government and tries to use that influence to dump on urban interests (just like they did in 1995), I have to say that if Pat Quinn loses, he has no one to blame but himself.

That is as close as I will come to making a Nov. 2 prediction at this point in time.