We had a couple of violent outbursts on Friday within Chicago, both with circumstances prominent enoug 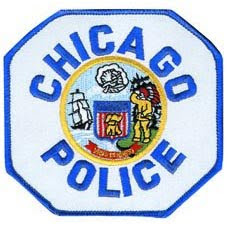 h that they got significant coverage in the news reports of the day.

That also means we have significant discussion taking place on the Internet, including the usual half-wits who are eager to satisfy their mental image of toughness by packing a pistol. Yes, we have people who are claiming that these incidents might have been avoided – IF ONLY Illinois was not one of the few states with explicit laws against carrying a concealed weapon.

THEY ALSO ARE claiming that the city ordinances that prevent handgun ownership of any type (unless you have owned the weapon in question since before the law took effect in 1982) obviously are flawed, because these incidents show how “absurd” it is to ban local gun ownership – a fact they are desperately hoping the Supreme Court of the United States will strike down sometime later this year.

The nation’s high court may very well take such a partisan political act in ruling on a lawsuit that challenges the Chicago handgun ban.

But none of these arguments are swaying me (or anyone with any common sense) into thinking that the incidents that occurred on Friday would have been avoided – if only we allowed people to “pack heat” and shoot back if they are threatened.

If anything, the thought that there might have been people in the areas surrounding these two incidents with handguns who might have contributed to the amount of ammunition flying through the air scares me. It makes me all the more thankful we have the laws we have now, and dread the thought that we might lose them.

FOR THOSE OF you who were not paying much attention on Friday (or whose news focus for death was centered around the Metra commuter railroad executive who apparently committed suicide by being struck by one of his entity’s own trains), the incidents took place right in the heart of “State Street, that Great Street” and on the Dan Ryan Expressway (the major thoroughfare through the city’s South Side).

These shootings were not isolated incidents that occurred in some lower-income neighborhood that many Chicagoans never set foot in and most try to pretend does not really exist.

On State Street, police say a man walked into the Old Navy store and headed for the basement where he believed his girlfriend who worked at the store would be.

The Chicago Tribune reported that police said that when he found her, he shot her. Police said he then turned the weapon on himself. Both are dead.

STATE STREET BECAME a crime scene, as customers in the store at the time fled the building when they heard gunfire. Between trying to regroup all those people to find potential witnesses and control access to the building following the incident, State Street was not a pretty place to be.

This incident appears to be a case where someone who wasn’t thinking straight singled out a specific person – even though as of when I wrote this commentary, it wasn’t clear what provoked the man to want to shoot his girlfriend.

I suppose other people were at risk because the man could have been a poor shot and hit someone else. Although police pointed out that the area of the store where their two bodies were found was a part of the building restricted only to employees.

Which is why I find it absurd that people are trying to use this incident in particular as one where we as a society would have been better off with more firearms in the area.

WOULD WE REALLY be better off if, in the confusion of what was taking place, someone had decided to try to be heroic and fire off a shot or two in self-defense? It just strikes me as more ammunition in the air, and the potential for someone else to wind up with a bullet embedded in their body.

As for those who say that if the woman was armed, she could have shot her boyfriend, all I have to say is that she’d now be facing some sort of criminal charge.

The other incident was the one on the Dan Ryan, where about an hour-and-a-half after the Old Navy incident, a man and a woman were injured when gunfire was aimed at their car while they were driving on the expressway near 91st Street.

The man was struck by bullets. The woman was cut up by shattered glass. Police say a car drove alongside their vehicle when someone began firing bullets at them. In this incident too, police do not know what provoked the shooting.

NOW I KNOW some people may remember the 1991 film “L.A. Story” and the scene depicting Steve Martin’s character, Harris K. Telemacher, driving on the 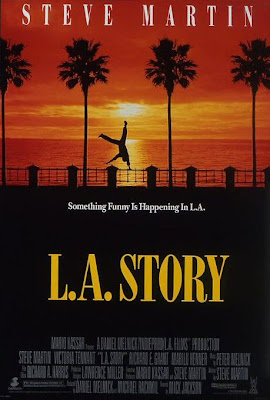 freeway on the first day of spring (“Open season on the L.A. Freeway”), dodging bullets while his wife, Trudi, used a revolver kept in the glove compartment to fire back.

The absurdity of the scene is what makes it kind of funny on the big screen. Does anyone think that if it had become reality on Friday and we had occupants of two cars exchanging gunfire that we as a society would be better off?

WE PROBABLY WOULD have had dead or wounded in both vehicles, and injured people in surrounding vehicles. A higher body count. Which is why I can never see the “logic” in having Illinois join the ranks of states that permit people to take their weapons with them when they mingle in public.

It also is a series of conditions that people ought to keep in mind before engaging in mindless rhetoric about how much of a burden city residents have faced for the past three decades due to Chicago’s gun ban.

Your statements are flawed in many ways and are showing off your ignorance of the subject and firearms issues in general.

Your article confuses two separate issues, which confirms that you know nothing about the law, or what legal grounds are being considered in the Supreme Court. Do your homework before writing ridiculously misleading articles as if they describe your knowledge of the facts. You should be banned from owning a word processing program because your statements are so outlandish from your own failure to do due diligence.

The points of law concerning 2nd amendment rights and firearms ownership based on the Constitution that the Supreme Court is considering has nothing to do with concealed carry of said firearms.

If honest people carry guns concealed, criminals have one more concern to worry about before committing a crime. It is evident in Chicago that no guns doesn't work. Did this guy follow the law? NO. Chicago is proof that taking away every HONEST citizens rights to own (or possibly carry one with proper mandated training) a firearm creates a "open kill zone" for those that won't follow the law anyway.

Violent crime with firearms has risen in Illinois because of Chicago where ever other states has decreased, including Washington DC, now that the ban was lifted in the Heller case.Did you not know that an Firearms Owners ID [FOID] card is avaiable for honest citizens everywhere else in Illinois? Ignorance of the law is no excuse.

Just because people have a gun doesn't mean they will use it during a crime against two unknown parties in an indecent. Most people run form a crime in progress [flight first/fight if cornered]and they have the common sense to weigh the issue (am I in jepardy?) before making a mistake in trying. No one wants to die today. Also, no one wants to go to jail for shooting the wrong guy in an indecent. Proper training to receive a license to carry responsibly removes this from being an issue just like drivers license training tells you what lane to stay in with your approved killing machine, your car. Your best protection during a violent encounter is to have the means to protect yourself from death or great bodily harm. Taking responsibility for your own protection is every humans right and it is unalienable.

Honest, responsible people that want to carry in public or own a gun in their own home just means they have the common sense to know that the world is not safe and police are to far away to help them when THEY are attacked and every second counts. That is called "common sense". Criminals seek out easy prey in places like Chicago where people are defenseless.

If the girl that died at Old Navy had the ability to protect herself with equal deadly force, which Old Navy did not do for her, she would have been protecting herself in self-defense, and not be charged with a crime if he threated her with death or great bodily harm first. It's called justified homicide.

Maybe things would have turned out different for her and she would still be alive. Maybe not, but because she (and ever other Chicagoan)is denied the option to try, we will never know for now. Let hope the Supreme Court rules in favor of honest citizens protecting themselves if they want to.

You do not have to own or carry if you choose not to, but lets hope you are not a defenseless victim yourself someday, as she was, and have to find out how long that wait for a cop may be. If you are still alive to care by then.