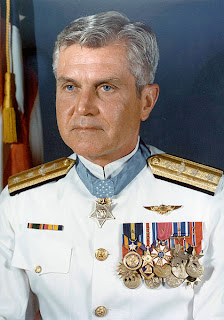 Those were the “immortal” words of Admiral James B. Stockdale, the man whom political observers initially thought could become something along the line of John McCain (both were POWs during the Vietnam War), but wound up becoming a doddering old man seriously out of his element in the world of electoral politics.

For those of you to whom 18 years is too long a time period to remember, the admiral was the man Texas billionaire H. Ross Perot turned to during his 1992 presidential campaign as a political independent when he needed a running mate.

STOCKDALE WAS THE vice presidential hopeful who wound up making then-Vice President Dan Quayle look downright competent by comparison. (By comparison, Perot made Stockdale look competent, but that is a story for a different day).

Now why am I bothering to recall that campaign from two decades ago that, while it managed to take 19 percent of the actual vote, was unable to win a single vote in the Electoral College?

It’s just that I’m wondering if we in Illinois are destined to see something similar with the way in which Scott Lee Cohen is determined to think of himself as a gubernatorial candidate.

Which means he needed a running mate. If one wants to think of the eccentric Cohen as a modern-day Ross Perot, then that makes Baxter Swilley the 21st Century equivalent of the admiral.

SO HOW LONG will it be until Swilley gives us some quotable line showing us his ability (or lack thereof) to comprehend the reality of electoral politics?

Swilley has never held electoral office. But he does have a little more political experience than Stockdale did. He was, after all, the guy who 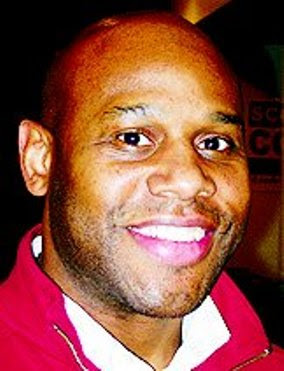 worked as a staffer on the Cohen campaign that actually managed to beat five other Democrats who were running for the party’s nomination for lieutenant governor.

For what it’s worth, Swilley is a native of suburban Maywood (Stockdale was a native of downstate Abingdon) and is an African-American male, which Cohen hopes adds a sense of diversity to his campaign – assuming that Cohen/Swilley are able to get the 25,000 valid signatures of support required of any independent political candidate in Illinois to get a spot on the ballot.

On a more serious note, he’s “staff,” not “candidate material.” He worked as a political director in Missouri for the 2004 presidential dreams of John Edwards, and also has worked on the campaign staffs of Rep. Jan Schakowsky, D-Ill., and Jackson, Miss., Mayor Harvey Johnson.

SWILLEY ALSO WAS one of the people who worked to try to get the International Olympic Committee to put the 2016 Summer Olympic Games in Chicago.

Which means he may know how to stage a campaign event for Cohen. But can he be the focus of those events? We’re talking about a newcomer to Illinois politics, which some people think is exactly what the state needs. Of course, I can’t help but wonder how clueless these people would be if they ever actually got elected to office, which is why I have a tough time taking seriously any political “movement” that wants to dump all incumbents.

In fact, Swilley has such a limited background that much of the coverage of Cohen’s choice of a running mate had to focus on whether or not he truly was Cohen’s top choice. Is this really what Scott Lee thinks is a qualified person to serve as governor of Illinois, should he happen to get on the ballot, win the election, then die or otherwise become too incapacitated to serve out a four-year term?

Depending on which report one reads, Cohen makes general statements saying Swilley was his ideal pick, or was his second choice after being turned down by state Sen. James Meeks, D-Chicago – who began his own political career by getting elected to the state Legislature as a political independent.

THERE EVEN WERE some reports indicating that Cohen would have liked to have had a woman at his side in the role of lieutenant governor – in hopes that her presence might force constant repetition of all those stories about his past involvement with prostitutes and his falling behind on child support payments to his ex-wife to go away.

Either that was not the case, or he couldn’t find a woman willing to work with him for the next month-and-a-half (the period during which he must get those nominating signatures of support).

To me, that is the key to this whole issue.

Swilley may very well be a lieutenant governor “candidate” until June 21, at which time the campaign will die before ever getting started because it could not get sufficient support to force the Illinois State Board of Elections to put it on the ballot along with Quinn/Simon, Brady/Plummer or Whitney/Crawford (can’t forget the Green Party, although I’m sure most Illinoisans will).

IS SWILLEY GOING to be the guy who in the lieutenant governor debate makes Jason Plummer look a little less vaccuous than his 27-year-old inflated resume would otherwise be?

Then again, there might be one area where Swilley could never hope to beat Admiral Stockdale. He got turned into a caracature on Saturday Night Live by the late Phil Hartman (who could bark out, “Who am I? Why am I here?” with such a harsh snarl and a glazed look in his eyes that he made the admiral appear completely insane.

Somehow, I doubt that Kenan Thompson will ever devote the time to portraying Swilley (he’s too busy preparing for his next Roland Burris impersonation).

Sheesh! Stockdale had one awful night--at the 1992 VP debate--and you are comparing him to a cypher like Swilley.

Stockdale was a Medal of Honor recipient, and received four Silver Stars. He was a college president--Citadel.

He had trouble hearing the night of the debate--a North Vietnamese prison guard punched his eardrums out while Stockdale was in captivity.

James Stockdale was an American hero.