Expulsion from the caucus? What a joke! 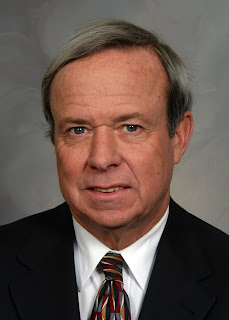 I saw and heard a lot of rhetorical nonsense during the seven years I spent as a reporter-type person at the Statehouse in Springfield, but none as ridiculous as the rhetoric flying about now by Republican partisans who are ticked off that they were unable to prevent their Democratic colleagues in the Illinois House from approving a borrowing plan to help pay the state’s pension obligations.

The measure to approve borrowing required a larger majority than the size of the Democratic caucus. Which means the only way the measure could approve would be if some Republican members of the Illinois House were willing to go against the GOP stance.

THAT APPEARS TO be what happened. The measure got the bare minimum votes for a 60 percent majority – with two retiring Republican representatives, Bill Black of Danville and Bob Biggins of suburban Elmhurst, voting “yes.”

That is why some political people in Springfield are seriously trying to push the notion that Biggins, at least, is some sort of traitor, and the Republican minority in the Illinois House may go so far as to expel him from the caucus – which would mean he would not be included by the party leadership in any negotiations they have.

Somehow, I doubt anyone with any sense is losing sleep over this possibility. In fact, the only people who think that expulsion is a realistic option are the ones whose partisanship is so intense that it clouds their better judgment.

Both of these legislators are long-time members (Biggins since 1993, Black since 1986) who have made it clear that they are not seeking re-election this year. Their time in the Illinois Legislature is coming to an end.

SO PERHAPS IT means they have nothing to lose by being sensible enough to consider such a borrowing measure – rather than take some hard-line ideological stance whose purpose is to prevent anything from being approved this year by the General Assembly.

Which would result in a long-time financial problem continuing on for another year because of a failure to act.

What amuses me about this expulsion talk (which late Tuesday was encouraged by Illinois House Minority Leader Tom Cross, R-Oswego) 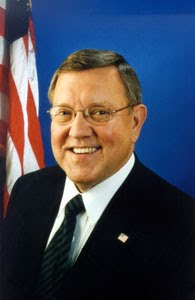 is that it all is focused on Biggins. No one is seriously talking about doing anything to Black. Party officials have come up with a lame justification saying that Black admitted to them prior to the vote that he might side with the Dems – whereas Biggins did not.

Of course, Black is the legislator with the outspoken demeanor who has proven he will say anything he believes. If the Republican leadership seriously tried to say they were going to expel Black, he’d tell them where to shove their political caucus.

THERE ARE THOSE people who are pointing out that Biggins met with with aides to Gov. Pat Quinn. Some are even trying to claim that Biggins has been promised some sort of political appointment or other government job after he leaves the Legislature – should Quinn get re-elected come Nov. 2.

Biggins denies such talk, telling reporter-types, “I asked for nothing.” Quinn also on Wednesday denied offering Biggins anything. For the time being, I’m going to believe them, although it would not shock me if a future Quinn administration were to give Biggins some special consideration.

It may very well come down to Biggins deciding that he had nothing to lose since his 18-year legacy as a low-key state legislator from west suburban DuPage County is set.

I’d like to think he saw the need to address at least some of the financial problems that threaten to drag Illinois down into the depths, rather than focus on how those problems could be turned into a negative for the political opposition.

SO WHILE I can appreciate why some people are concerned that Illinois would set itself up to take on $3.7 billion in debt (that is a LARGE loan), I also realize that the time has come to put aside partisan politics and ensure that legally required contributions to the state’s five public employee pension systems are actually made.

Those debts have been creeping up on Illinois for years, if not decades. It is time that someone be willing to take a political action that might break for the norm – even if one way this issue can be spun is that it shows some competence on the part of Democratic officials when it comes to the actual act of governing this state. Of course, this could all fall through rather quickly, since the Illinois Senate is showing great reluctance to give its own approval to what the House of Representatives did.

In fact, if there is anyone whose vote I find offensive, it is the “present” vote cast by Rep. Robert Pritchard, R-Hinckley. Early on, he indicated a willingness to vote for the me 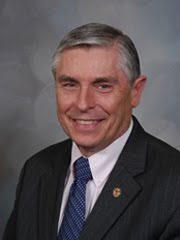 asure. On the final vote, he couldn’t bring himself to support it, but also wanted to be able to say he did not oppose it because that would make him out to be nothing more than a political hack.

Hence, he gave us the political equivalent of taking up space and wasting oxygen. I would have respected him more if he had just voted, “no.”