Confession time. I’m not much of a hockey fan. 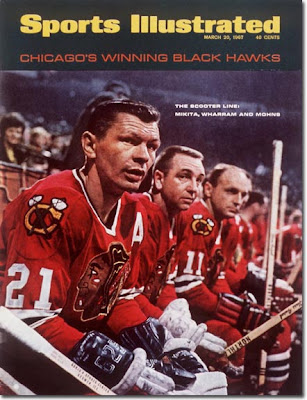 ackhawks qualified to play in the Stanley Cup finals for the first time in 18 seasons, and have a serious chance to win their fourth National Hockey League championship ever in their 84-year-history.

NOW I CAN follow what happens on the rink. I have been to a few hockey games in my life (ironically enough, never a Blackhawks game), including one when I was a kid at the old International Ampitheater involving the now defunct Chicago Cougars. When also considering that these men are trying to maneuver about and play a sport while also skating on ice (something I’m not good at), I can respect what they do.

But there was just something about hockey that always left me cold. Literally. I can’t help but always think that these guys ought to come in out of the cold, then go out and play soccer come spring (I’m looking forward to the World Cup tourney to be played later this year).

A part of me thinks that hockey should have long been finished with its season and championship playoffs, instead of still creating ice to play on until nearly the beginning of summer.

But I am not blind to the emotions of those people around me, those Chicago natives who see how often our professional sports teams are capable of playing like cattle droppings. So the idea of seeing a sports team actually make it to the championship round is just too irresistable for them to latch onto.

THE BLACKHAWKS QUALIFIED for the Stanley Cup finals by beating the San Jose Sharks on Sunday, and may have to wait an entire week now before learning who they will play.

The Philadelphia Flyers could clinch their spot in the finals as soon as Monday. Or, we could get the ultimate comeback story in athletics this year, should the Montreal Canadiens actually drag their playoff series out to a Game Seven on Friday.

I have to confess, a part of me would like to see that happen (even though I will now incur the wrath of Philadelphians). For I wouldn’t mind seeing something resembling an “old school” athletic championship.

There is something about the idea of two “Original Six” teams making it to the championship that is satisfying. How much more “old school” can one get than Chicago versus Montreal (perhaps Montreal versus Toronto, but not much else).

WHICH MAKES ME wonder. If the Canadiens were to make it, who would be the underdog. The Canadiens are a storied franchise with many great moments, players and championships. But they haven’t done much lately. They haven’t won a Stanley Cup since 1993, while the Blackhawks haven’t played in the finals since 1992.

As much as some people get a kick out of the story of the resurgence of the Chicago Blackhawks franchise, there might be others who would pr 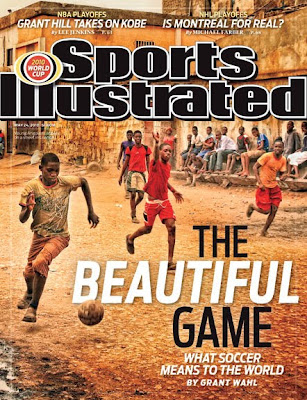 efer to see the resurgence of Montreal as a significant hockey entity.

I couldn’t help but notice the tease on the cover of the latest Sports Illustrated that asks, “Is Montreal for Real?” Which some will argue means that the Habs are jinxed.

Then again, the actual cover story was about soccer’s popularity around the world – showing children in Angola kicking about a ball in the middle of a street. Somehow, I think real football’s place in sports is too strong to be taken down by the so-called cover jinx.

AT LEAST IF the Philadelphia Flyers make to the Stanley Cup finals, the Blackhawks would be the undisputed favorite. I can’t envision anyone seriously enjoying the thought of a Philly championship. Why do you think so many people were overjoyed to see the New York Yankees take the World Series last season?

But whether the Stanley Cup this season winds up Chicago/Montreal or Chicago/Philadelphia, for many of us here in Chicago it is going to be about seeing whether the Blackhawks can put an end to what is the longest current streak for a team without winning a Stanley Cup title – 49 years, and counting if the Canadiens/Flyers somehow manage to win.

I’m sure the hard-core Blackhawks fans can rattle off the details of the Stanley Cup champions of 1934, 1938 and 1961, to which they would like to add the year 2010. Personally, I had to look it up to find out that the 1938 champions remain to this day the Stanley Cup winner with the worst regular season (14-25) record.

For others of us, it is about seeing such a title as the completion of the resurgence of this franchise that some people once wanted to believe was dead and meaningless to the local sporting scene, and where it literally took a death for the rebirth of the team to begin.

FOR SOME OF us, it will be about painting their faces red and wearing those baggy hockey jerseys that do such a wonderful job of covering up how big our girths have become in recent years – mostly from doing little more than sitting around watching professional sports events on television.

Personally, I will be hoping that the Blackhawks can put to rest the talk of how their franchise never wins anything. As of Sunday, the odds on the Blackhawks winning the whole thing were at 2/5.

And with the Blackhawks in the Stanley Cup, the whole country now gets to be treated to what arguably is the best official theme song of any sports franchise in this country. 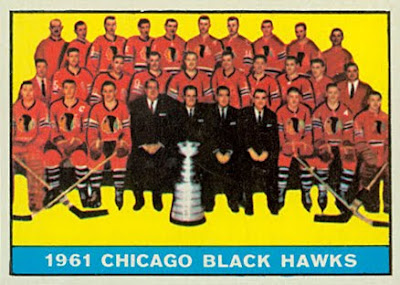 Finally after weeks of waiting and anticipation!! Blackhawks run in the Stanley Cup Finals take them to the top of the event rankings .I’m sure that Chicago Blackhawks Tickets will be a sell-out too! Chicago has ALWAYS been a hockey town.
http://www.ticketsinventory.com/nhl/chicago-blackhawks-tickets/