Tax rhetoric not only blatantly partisan, but also reminiscent of the political past

Andrew McKenna, the newly-minted gubernatorial favorite of the Chicago Tribune, went on the a 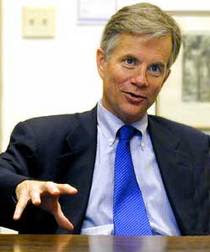 ttack against primary opponent Jim Ryan this week with a statement that sounded all too familiar.

McKenna had his campaign issue a statement that was a re-issue of the Americans for Tax Reform group, which has a problem with the fact that candidate Jim Ryan refuses to sign their “Taxpayer Reform Pledge.”

THE GROUP PORTRAYS its pledge as a simple demand – politicians promise not to support tax increases if they get elected to federal office.

Yet only a complete simpleton believes the issue of taxes and government funding is that simple. Ryan, who served eight years as state attorney general and previously ran for Illinois governor, knows better. That’s why he’s not about to commit himself to the group’s politically partisan stunt.

He went so far as to tell the Daily Herald newspaper of Arlington Heights that the group’s pledge is “phony.” So they’re trashing Ryan, and McKenna is more than willing to pass along that attack – hoping that it gets the ideologues of the GOP worked up enough to consider voting for him in numbers significant enough to overcome the Ryan lead in early polls that was as much past name recognition as anything else.

To further reinforce this message, McKenna’s campaign is taking out radio advertisements that trash both Ryan and Kirk Dil 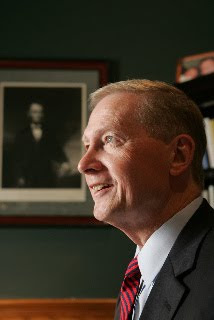 lard (who on Friday bercame the GOP gubernatorial favorite of the Chicago Sun-Times).

What is my problem with this? I have noticed that many Republican candidates are going out of their way to sign the Americans for Tax Reform pledge, in hopes that this stunt gains their campaigns some attention.

Because that ultimately is all this is. Some cheap rhetoric that is totally unrealistic, but meant to provide a punch line for voters when looking for someone to back on Election Day.

Why do I call it a punch line? Because the joke will be on those voters who seriously think that someone can automatically think “no” whenever the issue of taxes or revenue comes up for government.

THE REALITY OF the situation is that the Americans for Tax Reform is a misnomer. The group headed by long-time anti-tax activist Grover Norquist is a conservative organization that has its problems with many government programs, and figures the best way to eliminate those functions for which it has ideological objections is to reduce the amount of money the federal government has to the point where it can no longer afford to do anything.

Norquist is the man who once literally said he wants to reduce the federal government down to a size, “where we can drown it in the bathtub.” 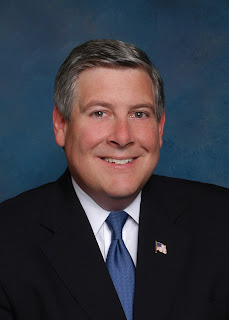 ent has obligations that must be met for the protection (if not the betterment) of society. Which means that people who automatically want to say “no” without giving the issue or circumstances any thought are absurd, if not downright irresponsible.

Personally, I think anybody who signs this pledge and gives it any legitimacy ought to be someone we specifically cross off our lists of candidates we would consider voting for.

IF I WERE inclined to pick up a Republican ballot come Feb. 2, Dillard is a candidate I would consider backing. Although I have to admit, I may have gained a little bit of respect for Ryan after learning of McKenna’s attempt at an attack.

I also have to admit the whole issue reminds me of 1994 in one aspect.

That was the year that Republicans were able to play off rural objections to the Clintons and their attempt at health care reform to win an exhorbitant number of Congressional elections – thereby giving them Congressional control that pretty much thwarted any serious governing that the Clinton Administration was capable of doing.

That was the year of the “Contract with America,” which consisted of a series of goals that a GOP-dominated government would use its partisan muscle to impose on the nation. As a political agenda, it went far beyond the Taxpayer Reform Pledge.

BUT MANY POLITICAL people running that year on the GOP side of the equation were eager to use the contract’s rhetoric to campaign with.

Yet I remember one official who didn’t.

Ray LaHood, who at the time was chief of staff to House Minority Leader Robert Michel, R-Ill., was running to replace his boss in representing the Peoria area in Congress. As someone who had been a state legislator before going on a congressional staff, he was more aware of the daily realities of managing a government that lives up to its responsibilities to the people.

I can remember he specifically refused to sign the “Contract with America” even though he admitted there were parts of its rhetoric he agreed with and that could have been useful to his campaigning.

ADMITTEDLY, THERE WERE some people who never forgave him. There was always a subsect of the Rep 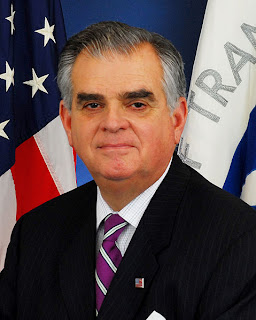 ublican Party in Illinois that didn’t trust LaHood. For all I know, the fact that he now serves under a Democratic president as Secretary of Transportation probably reinforces their mistrust.

All I know, however, is that LaHood won that election, and wound up getting re-elected to serve 14 years in all in Congress. In the end, it didn’t seem to hurt him.

Could it be that this latest round of cheap rhetoric about Ryan and Dillard is just the same, coming from someone who’s counting on an ideological minority of our state’s population to exceed its influence and somehow magically elect him to office?

I’d have an easier time believing that the Tribune endorsement is going to sway a significant number of voters to McKenna’s side – and I fully realize how impotent individual newspaper endorsements have become in terms of turning out the vote on Election Day.

EDITOR’S NOTES: You figure whether the Americans for Tax Reform rhetoric is worth anything more (http://www.atr.org/taxpayer-protection-pledge-a2882) than empty rhetoric.

It appears that the Chicago Tribune’s editorial page endorsement policies have reverted back to tradition (http://www.chicagotribune.com/news/elections/chi-100108gop-endorse-link,0,3243757.story), which makes me wonder if the Sun-Times endorsement was more about being different (http://www.suntimes.com/news/elections/endorsements/1980076,CST-EDT-edit08.article) than anything else.
Posted by Gregory Tejeda at 12:01 AM